Longing for the Unreachable God 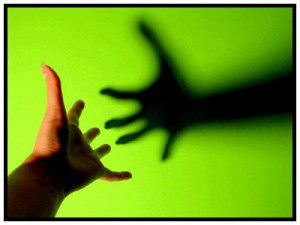 I’ve wrestled for years with a Christian faith that focuses on personal salvation, on many levels, some of which I’m still excavating. First, the emphasis on individual salvation always seemed ironically selfish for a faith that seemed otherwise to be about putting yourself second to others. I also struggled with the idea that Christianity is about getting a certain set of beliefs right, articulating them before a group of peers through a statement of faith and then you were official. Is it really so rote? So didactic? So…human?

All my life, I’ve heard stories of people who felt utterly transformed by their faith proclamation, or at the moment of baptism, in the throngs of prayer or during some particularly stirring worship service. They spoke of these feelings for which I longed. I wanted the mountaintop experience, after which I would never be the same. I wanted to be turned inside-out by God, illuminated by the Holy Spirit with a fire that never subsided. I wanted to feel what all these other Christians claimed to be feeling.

I’ve been to literally thousands of worship services in my life. I’ve been back and forth through the Bible, taken communion more than a thousand times, was baptized, sang the songs, said the prayers, and yes, I’ve had moments when I felt as if God was so close I could nearly reach out and touch whatever it was that I sensed. But that inevitably faded, usually sooner rather than later. What I was left with was a longing, a tugging, a hunger for something I could never quite name. It sent me searching, out of the church and into the world. It drew me to impoverished schools in southern Colorado and to housing projects for people with AIDS, with whom I worked, shoulder to shoulder for years. It drew me into church leadership, guiding people in song, exploring new ways of worshipping and new expressions of realizing justice in, for and with the world. It drew from me volumes of writing that continue to pour forth daily, each word grasping for something I never quite capture. And no matter how much I pray, worship, serve, write or struggle, the longing is still there.

I have always envied the blissful Christians who seemed to luxuriate in a peace that passes understanding. They knew the God they looked for, and He sat with them at breakfast, 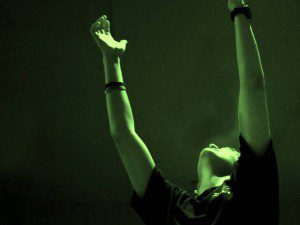 joined them in the carpool and in the office. He was father, companion, friend and counselor. He was the partner that would never turn away from them.

And yet the harder I yearned for this, I more vaporous and elusive it became. It was like trying to capture a cloud in my hand, only to open it again and find nothing was there. Was this a cruel game? A bad joke? Was I just doing it wrong? Did they know something I didn’t? I had done all the things they had told me to do, believed all the things they told me to believe. So why this persistent longing? What in the world could ever make it go away?

That’s when I discovered thinkers like Rollins, Caputo, Derrida and Zizek who resonated with this fix in which I found myself. They helped me name it, if not ameliorate it. Pete Rollins called it “The Gap,” and actually warned against the so-called idolatry of religion or even our notions of God that lulled us into false senses of assurance and complacency. Richard Kearney asserts that this sort of spiritual hunger, this thing that stirs us from our comfort and drives us outward to learn and do more is, itself, and expression of God. Rollins puts his thumb on the problem of religion by pointing out we try to use God, prayer, worship or the whole of religion to fill that gap so that, finally, we can be at peace. 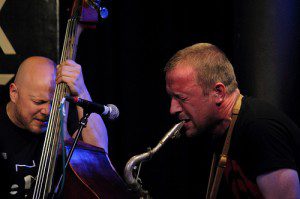 But what if the “Gap” itself is God? What if it’s already right there, within each of us, pulling at us, regardless of where we spend our Sunday mornings, how we pray, or even if we pray? What if, sometimes, institutional religion actually becomes the most insidious antidote to the persistent longing that otherwise stirs us?

I have considered this drive, the persistent hunger, the insatiable longing, as a tragic flaw of my own human condition, a failure of my lifelong pursuit of a stronger faith. But now, I’m coming to believe that the only real peace to be found is in accepting that, ironically, there is no peace. The hunger is its own gift, and not a sign of lack or deficit in the least. It is the still, small voice that stirs persistently, opening our eyes to something new, something more.

It is a restless existence, but coming to terms with that restlessness, accepting that this symphony has no resolution, brings with it a sort of acceptance that makes the fruits of such struggle that much sweeter.