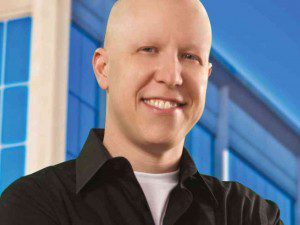 After a delightful anecdote about Christian’s daughter and a painful listen to the worst version of “O Holy Night” ever recorded, Christian and Jordan welcome Justin Lee, founder of the Gay Christian Network and author of Torn: Rescuing the Gospel from the Gays-vs.-Christians Debate, to the show.

Justin was raised in a conservative evangelical culture, and around the time he reached puberty realized he was gay. He has since found a call from God in his ministry of reconciliation between those in the LGBT community and those in the church currently wrestling with issues of sexual identity. The guys ask him about clobber passages, the potential pitfalls of trying to bridge such an explosive cultural divide, and whether the Apostle Paul might’ve been gay.

In the Christian Echo Chamber, Pat Robertson says something entirely reasonable about science! Then Bill O’Reilly said something about Christianity being a philosophy, which he was either wrong or not wrong about, depending on your perspective. Either way, the War on Christmas is stupid, and Jordan gets kind of upset about it at the end.

LISTEN TO THE PODCAST HERE

December 19, 2012 Pastor Terry Jones is No Match for the Beatles' LOVE
Recent Comments
0 | Leave a Comment
"awesome."
Brandon Roberts Not “That Kind” of Christian
"nice article."
Brandon Roberts Talking Sex with Invisibilia’s Hanna Rosin
"Thanks for a fun romp. As a Presbyterian minister, I would have welcomed you gladly ..."
Zeigler John Leaving A-Holiness Behind
"Dear Sarah and Christian,I'm sorry for what has happened to you and your mother and ..."
Amazingaljicrowley3679 Letter From a “Demon Possessed” Woman
Browse Our Archives
get the latest from
Progressive Christian
Sign up for our newsletter
POPULAR AT PATHEOS Progressive Christian
1

Christians, It's Time to Admit the...
FreedHearts
Related posts from Christian Piatt