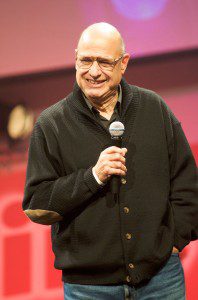 The boys are starstruck this week talking to author, pastor and sociologist Tony Campolo. Tony discusses aspects of the book he co-authored with Shane Claiborne, Red Letter Revolution, and how different generations are approaching the words and acts of Jesus. He also explains why it’s so difficult for people to see Jesus’ words simply, and the greatest threat facing American Christianity today. I mean, really, it’s Tony Campolo. That’s all the reason you need to listen.

Later, Jordan discusses what he hates about British soap opera Downton Abbey, and blames socialism. Christian wonders why network television drama is so inferior to its cable counterpart, and then it’s Antichrist of the Week time. Jordan has a controversial one.

January 17, 2013 My Fascination with the Amish Mafia
Recent Comments
2 Comments | Leave a Comment
Browse Our Archives
get the latest from
Progressive Christian
Sign up for our newsletter
Related posts from Christian Piatt