My Fascination with the Amish Mafia

Three nights ago, I awoke to four words that portend nothing good in the family’s future. They came from sweet little Zoe, who stood by the side of my bed, staring at me through the dark with those big, four-year-old eyes.

The bug quickly made the rounds through the whole house until we all were bedded by it, each huddled in our respective corners of the house with piles of blankets and a an emergency receptacle. If, indeed, there is a hell, I’m pretty sure it looks and feels something like this.

I couldn’t concentrate enough to read, so I flipped through the cable channels until something finally caught my eye on Discovery Channel: something I never knew even exited until that moment.

Basically the premise is that the Amish people, being both pacifist and fairly insular, are vulnerable to exploitation from both insiders and outsiders to do so. Seldom to they (according to the show) call on public officials for help, and yet, there are those who will try to take advantage of them. As such, there are a handful of folks (presented as such in the

show) who operate outside of the authority of the church, but supposedly with their knowledge to maintain the safety and security of their people. This may include running off vendors selling cheap Chinese knockoffs of Amish goods, or even posing as an Amish person to sell produce by the roadside. However, because they don’t rely on outside banks and insurance agencies, this small group of protectors also supposedly takes protection money from businesses, loans money directly to borrowers and acts as an ad hoc police force.

But beyond this, they engage in other profitable ventures, like throwing “hut parties” for young Amish and “english” (non-Amish) folks to mingle and drink. while also setting up barn fights and other wager-friendly distractions.

Was this for real? It wasn’t like I had anything better to do, so I turned the channel on, only to find myself midstream in a day-long marathon of the reality show about this so-called Amish Mafia, culminating in a dramatic recap of the first season in a special called “The Reckoning.”

Since I was sick, I am comfortable in admitting I watched it. The whole thing. Including the special. And yes, I even set my DVR to record new episodes coming in March. It’s scandalously dramatic, borders on sensational at all times, and the show’s authenticity has come into question more than once.

I’m not particularly interested in determining what is and  isn’t real-time drama and what is embellished reenactment in the show, as this smacks a bit of what storyteller Fred Craddock says drives him crazy when he spins a yarn. Inevitably, someone comes up to him and says, after one of his transfixing tales, “So, did that really happen?”

Clearly, he says, that person missed the point.

The point, here, as it is with Craddock, is whether the stories themselves point to a deeper truth. As several of the folks interviewed on the show indicate, the Amish people are held up by many as a stereotype of humble, innocent simplicity. And while this is true in many cases (as is such with many stereotypes), there are also darker sides to the culture. For example,  a Pennsylvania lawyer confirmed the growing number of Amish prosecutions for drug possession and even trafficking. And more than one cast member on the show confessed to being raped by Amish men in positions of authority over them.

So while the debate rages about what is factual and what may be conflated in the show, we’re kind of missing the point; in idealizing a whole culture in our own imaginations, we miss the reality, right before us, that they, like we, are still just people at their core. They are fallible, broken and sometimes violent. They aspire to a way of life, and some fall short. Some of them confess their sins and get back on a righteous path; some bury their darkness beneath lies.

And perhaps the most compelling part of the whole story was the depth of moral relativism when faced with the power of justification. Despite warring factions from Ohio and Pennsylvania vilifying one another, each believed strongly that their mission was for the greater good of their people. Never mind what Amish or “English” laws were broken in the process. Never mind if it took guns and intimidation to get the desired result. Never mind if the head of the Pennsylvania network drove a $60,000 Mercedes all around town. It was all in service (somehow) of God.

We can learn something about our own selves and our motives from this perspective on a rather controlled environment. It seems that, no matter how beautiful the garden appears from the outside, the serpent still finds its way in. And sometimes the fruit is just so tempting we’ll say or do just about anything we have to in order to sleep at night, while still taking a big bite. 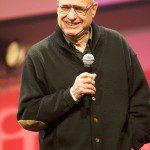 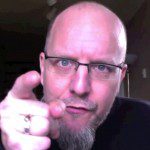 January 18, 2013 VIDEO Church Sign Epic Fails, "We Serve Minors" Edition
Recent Comments
0 | Leave a Comment
"Thanks for a fun romp. As a Presbyterian minister, I would have welcomed you gladly ..."
Zeigler John Leaving A-Holiness Behind
"Dear Sarah and Christian,I'm sorry for what has happened to you and your mother and ..."
Alejandro Restrepo Letter From a “Demon Possessed” Woman
"This blog is dated March 2016. It wasn't that good then and it's no better ..."
Bob Shiloh Five Ways “Representative Democracy” is Failing ..."
"sounds cool."
Brandon Roberts Untitled
Browse Our Archives
Follow Us!