After hearing an anecdote about Christian’s massive parenting fail (which cost him $75), we welcome our guest, Ian Ebright, a contributor to Relevant Magazine and Red Letter Christians, and founder of Broken Telegraph. He is currently raising funds on Kickstarter for From the Sky, a film on the Christian perspective of drone warfare, so he’s an expert on the subject, and brings a balanced perspective to the issue. Well worth a lesson if you’re interested in America’s foreign policy, or wars, or the future, in which our robot overlords control the skies.

In the Echo Chamber, we discuss the LAPD’s crazy rogue cop. Not to brag or anything, but according to reports, I’m a better shot than the guy. In Recommendations, I promote FX’s The Americans and the return of Community, and Christian talks up one of my favorites: The League, which is surprisingly appealing to the women in our lives.

Ian Ebright on Drone Warfare, the Return of “Community”, and Wondering Why Women Love “The League” 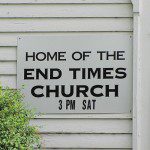 February 12, 2013 The Only Way Out is Through (A Lenten Reflection)
Recent Comments
0 | Leave a Comment
"awesome."
Brandon Roberts Not “That Kind” of Christian
"nice article."
Brandon Roberts Talking Sex with Invisibilia’s Hanna Rosin
"Thanks for a fun romp. As a Presbyterian minister, I would have welcomed you gladly ..."
Zeigler John Leaving A-Holiness Behind
"Dear Sarah and Christian,I'm sorry for what has happened to you and your mother and ..."
Amazingaljicrowley3679 Letter From a “Demon Possessed” Woman
Browse Our Archives
get the latest from
Progressive Christian
Sign up for our newsletter
POPULAR AT PATHEOS Progressive Christian
1