My Son, The Holy Heretic

I’m taking an early Spring Break this week and will be running a guest blogger series featuring some of my favorite writers. Today meet retired business woman, writer and my mom, Linda Brendle. 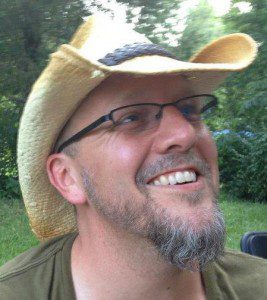 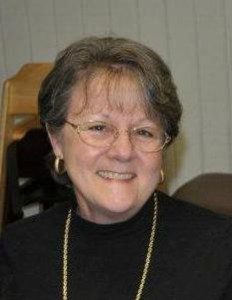 Christian sometimes says he’s the product of an atheist and a Southern Baptist. I’m the Southern Baptist part of the equation. In September of 2011 when Patheos picked up Christian’s blog, I wrote the following post giving my thoughts on having produced a “holy heretic.”

My son, Christian Piatt, is a writer. His brand on his website is Author, Speaker, Antagonist, God Nerd. He writes in a variety of genres including memoir about his relationships as both a father and a son; social/political commentary and satire; and in his own words, general smartassedness; but mostly he writes about faith and spirituality. His blog was recently picked up by Patheos, and it’s now called Christian Piatt: Father, Son, and Holy Heretic. Quite a departure from his Baptist roots, but then he’s always been an independent thinker.

In 1976 when he was 5, I took him with me to vote. I wanted to expose him to the process even if he didn’t understand what was going on. It wasn’t the first time, and definitely not the last, that I underestimated him. He thought he was going to participate. Even though his dad and I were usually Republicans and always conservative, he announced to everyone in line that he was voting for Carter. Probably against all voting regulations, the poll watchers let me take him into the old-fashioned mechanical voting booth. After I made my selections, I let him pull the lever that registered my votes and opened the curtain. It wasn’t until years later that he realized I had disenfranchised him that day and that he didn’t vote for Jimmy.

A couple of years later, he became a Steelers fan, even though we lived in the heart of Cowboy country. I think he liked the black shirt with gold lettering someone had given him to irritate his dad. Thanks to a strong mothering instinct that trumped sports loyalty, I managed to protect him from lynching until he came to his senses. It was worth the effort, because he is now a rabid fan of all Dallas sports teams, even though he lives in Colorado.

As a child, even when he got old enough to choose to stay home with his dad on Sunday mornings, he went to church with me. It gave us some one-on-one time at the donut shop where we usually went before services, and he seemed to enjoy the experience. When he was 9 years old, he decided to become a follower of Jesus and was baptized. But as he approached his teens, the conservative doctrines of the North American Baptist church we attended began to chafe, and he began to ask questions.

“Mom, do you think God is upset with me when I ask questions?”

“I think God welcomes our questions. It means that we’re honestly seeking Him. He tells us in Proverbs that ‘those who seek me find me’ and ‘the discerning heart seeks knowledge.’ If what you’ve been taught is true, it can stand up to scrutiny, and if it isn’t true, you want to know that. Right?”  I believed what I told him, and I still do, but I had no idea what the repercussions of that discussion would be.

Some of his youth leaders didn’t welcome questions quite so much. About halfway through high school, he began staying home with his dad. I assumed he was “going through a phase,” so I prayed and didn’t press the issue. I didn’t find out until years later that, in his youth group, he was strongly discouraged from asking probing questions. The climax came one evening when a particularly frustrated leader threw a Bible at him, narrowly missing his head. He told Christian it might be better if he didn’t come back. He didn’t.

For the next several years, he sought his answers outside the church. He sometimes came to me with questions, but over the years, he had heard most of what I believed. He later thanked me in the dedication of his second book for showing him what it meant to be a person of faith, but my faith wasn’t what he was looking for at that point. He talked to his dad, but his dad was more equipped to discuss Einstein’s theories, the latest political campaign, or the NFL standings than whether or not there were two conflicting creation stories in Genesis. He studied other religions, and he visited other churches, but he didn’t find the answers he needed. He kept looking and I kept praying.

Then he met Amy, a young Coloradoan who was studying for the ministry. They hit it off immediately, and she homed in on his wounded spirit. She cajoled him into coming to a casual Sunday evening discussion group by appealing to the musician in him.

“Why don’t you come with me tonight and bring your guitar. You can sing something for us.”

“I don’t know. I’m not much into Christian music.”

“That’s okay. You can sing whatever you want. And if you don’t like it, you don’t have to stay.”

He sang, he liked it, and he stayed. A year or so later, he and Amy married. After she finished seminary, they planted a church in Pueblo, Colorado. Christian leads music and worship, preaches occasionally, unplugs toilets, whatever is needed. And he asks questions.

He started asking his questions in print in a religion column in the local Pueblo paper. Then he moved to an upstart alternative rag that was more suited to his irreverent, edgy style. What he had to say struck a chord with lots of folks who had questions of their own and were waiting for permission to ask them. He published a couple of books about faith, culture, and young adults.

He likes asking questions so much he created and edited two more books called “Banned Questions About the Bible” and “Banned Questions About Jesus.” And he went into Cyberspace. He developed a website and a blog, he posted on Reddit, StumbledUpon, Digg, and any other social network he could find. He was invited to contribute to The Ooze, Red Letter Christian, Huffington Post, and now he’s a holy heretic on Patheos.

I’m still pretty conservative, but I’m not the rigid Pharisee I was in my youth. I love my neighbors, even the ones who aren’t Baptists, and I’ve definitely changed my ideas about Communion. You can read about that transformation in my blog post titled “Remembering.” I’m proud of Christian and the progress he’s made in his spiritual journey. I don’t always understand some of the emergent church terms he uses, and I’m sometimes a bit uncomfortable with his opinions and beliefs. But I’m still a person of faith, and I know that God created him the way his is and can use Him for His purposes, even if I don’t understand. As many have said before me (in fact Christian said it in his latest blog, but what’s a little plagiarism between mother and son), “God is God, and I’m not. And that bodes well for all of us.”

Linda Brendle retired from the business world several years ago, and now she blogs about caregiving, faith, and family. She is a correspondent for The Rains County Leader in Emory, Texas, she is an occasional contributor to Red Letter Christians, and her blogs appear regularly on the Daily Burnsider.  She can be found on Twitter and Facebook. Her memoir titled “A Long and Winding Road: RVing with Mom and Dad” is represented by Terrie Wolf of AKA Literary, LLC.

March 9, 2013 The Nones, The League & Death of the Nuclear Family
Recent Comments
0 | Leave a Comment
Browse Our Archives
Follow Us!