The Nones, The League & Death of the Nuclear Family

It’s a Homebrewed CultureCast Spring Break Special! Jordan took his family to Disneyland this week, so Christian recruited his wife, Rev. Amy Piatt to co-host. They act pretty much like what you’d expect a married couple hosting a radio show together to act like, so that’s kind of entertaining in itself.

Then, after interviewing Shannon Moore, a Christian minister in Texas who has been denied ordination for a decade for being out about his sexual orientation, Christian promptly deleted the interview by accident (sorry Shannon!). WE’ll have

Shannon back on soon, but for this week, we’re sharing an interview Christian did with Welton Gaddy on State of Belief Radio about a Washington Post piece Christian wrote called “Don’t Call Us the Nones: In Praise of Religious Independence.” Christian explains why the phrase “The Nones,” referring to religiously unaffiliated people, smacks of the dying remnants of Christendom in our culture: a cultural dynamic we’d do better without, thanks.

Then Amy and Christian tackle Olympian-turned-killer Oscar Pistorius in the Echo chamber, along with Tim Tebow’s recent refusal to speak at a prominent Dallas Baptist Church. From there, the conversation moves into family values and gender roles, taking a look at Phyllis Tickle and some blowback she’s gotten for claims that changing gender roles have negatively affected communities of faith and family as a whole.

Finally, Christian asks Amy why so many women like The League, a TV show about men in a fantasy football league. Basically her conclusion is that women find pleasure in watching men be idiots and tear each other down.

So we’ve got that going for us.

*** If you enjoy all the Homebrewed Christianity Podcasts then consider sending us adonation via paypal. We got bandwidth to buy & audiological goodness to dispense. We will also get a percentage of your Amazon purchase through this link OR you can send us a few and get us a pint!*** 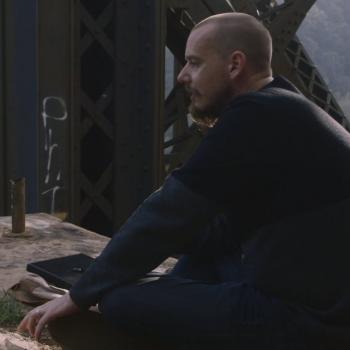