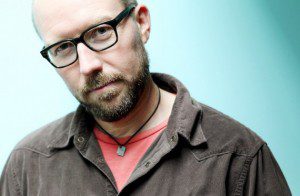 To start things off, Amy has a lovely story in which she was humiliated by other preschool parents. It’s worth a listen simply for that.

But there’s so much more! We welcome Tony Jones, one of the founders of the Emergent Christianity movement, to the show. He and Christian recently attended the Subverting the Norm Conference, and Tony stirred things up by subverting the norm of what people were talking about at Subverting the Norm. (He made some critical observations is what I’m trying to say.) If you’re into the soap opera of theologian interpersonal relationships, you’ll enjoy this interview.

Toward the end, we talk a bit about the death of Margaret Thatcher and the tragic suicide of Matthew Warren, Rick Warren’s son. Mainly, we’re just pretty pissed that anyone would celebrate the deaths of another human being. Then we say goodbye to Brennan Manning in maybe a not so appropriate way. Jordan blames the Piatts. 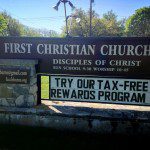 April 16, 2013 Those People: Heretic's Guide Sampler for Sunday, April 28th Texts
Recent Comments
0 | Leave a Comment
"awesome."
Brandon Roberts Not “That Kind” of Christian
"nice article."
Brandon Roberts Talking Sex with Invisibilia’s Hanna Rosin
"Thanks for a fun romp. As a Presbyterian minister, I would have welcomed you gladly ..."
Zeigler John Leaving A-Holiness Behind
"Dear Sarah and Christian,I'm sorry for what has happened to you and your mother and ..."
Amazingaljicrowley3679 Letter From a “Demon Possessed” Woman
Browse Our Archives
get the latest from
Progressive Christian
Sign up for our newsletter
POPULAR AT PATHEOS Progressive Christian
1