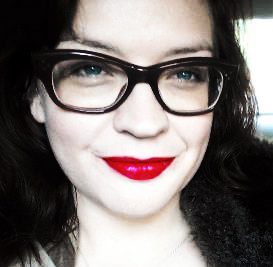 After a two-week recording hiatus, the gang is back together, and Amy starts everything off with a harrowing story of survival and triumph of the human spirit at a female pastor’s retreat.

Our guest this week is the very funny Stephanie Drury who blogs at Stuff Christian Culture Likes and also runs@FakeDriscoll on Twitter. We had a number of things to discuss, from Christian men who want women to dress more modestly to why Mark Driscoll is legitimately dangerous to the documentary Holy Rollers, which features Stephanie’s husband and a Christian blackjack crew.

We’re pleased to introduce a new feature: Amy’s Fear o’ the Week. (Spoiler alert: it’s bees.) In the Echo Chamber, we run through a host of topics: the similarities between narrative in pornography and Christian art; Portland’s role as the least Christian city in the United States; more wedding cake makers who refuse to provide cakes for gay couples; and whether or not high school cheerleaders should be able to plaster Bible verses all over those really elaborate banners cheerleaders always make. The last point turns into a discussion of free speech and the separation of church and state.

In the final act, I talk a bit about my new blog, The Burnsider, and Amy has a story about seeing Stevie Wonder on her plane.

Listen to the new episode HERE 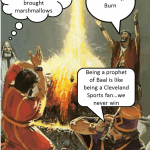