The Dangers of Christian “Marriage Worship”

I’ve written before about the seemingly contrasting messages we offer to young people in church about sex and sexuality:

Sex is dirty; save it for someone you marry someday.

Umm, what? Granted, we walk a narrow rhetorical tightrope when discussing sex with our kids. If we tell them it’s actually pretty awesome, and then tell them they can’t do it, that’s a setup for failure. On the other hand, if we focus on the negatives, we risk scarring and shaming them into a life of emotional conflict and struggle when it comes to sexual intimacy.

What we end up with, often times, is a vacuous silence when it comes to the real, difficult issues of sexual identity, impulse and expression. Add to that the Christian emphasis on marriage, and the result in many cases is scads of unhealthy, sexually awkward young people, married far too early with no idea why.

I was interviewed recently by Chelsea Batten for an article on virginity in Converge Magazine (yes, they wanted my opinion on virginity, what of it?), and she asked me about my take on the Church’s approach to the matter. This, excerpted from her full article, linked above:

“I think we sometimes conflate institutional systems and structures, and covenant with God, to the point that we believe that signing a marriage license is God’s intention.” This from Christian Piatt, an author and blogger with Patheos andThe Good Man Project.

“You can be married and use someone,” he points out. “You can devalue and denigrate someone without ever touching them. You can abuse someone sexually without ever having sex with them.”

He reviles the setting of arbitrary sexual boundaries as a means of emotional and spiritual protection in sexual relationships. “Hand jobs okay, intercourse not” is, he says, a Pharisaical reduction of the law to its letter. It preserves personal gratification, rather than reverence for the other person and their body, as the goal of a sexual relationship.

Marriage, says Mr. Piatt, is no magic pill for a righteous sexual relationship. The end of the matter, he says, is being able to say to your partner “‘I’m doing this out of love and respect and reverence for you.’”

Before going any further, let’s take a step back, say, a couple of millennia. The issue of sex before marriage simply wasn’t as big of a deal, namely because young

people were married off soon after they were able to make babies. There was little time wasted in active sexual maturity out of wedlock, primarily because there were babies to make” LOTS of them. Many of the newborns would not be carried to full term, others would die at birth, and lots more would die in their first year or two of life. Plus, an agrarian culture such as this depended on family to maintain one’s land and to create a sustainable food source for the whole clan. So children were a kind of capital investment, as it were.

This isn’t to say that the notion of romantic love – and as sex being used to express such love – was nonexistent. One doesn’t have to look any further than Song of Solomon in scripture for evidence of so much. But whereas sex in today’s western culture has taken on so very much with regard to power, identity, personal worth and more, it was mostly about baby-making back in the good old days.

Now, the average age for marriage (compared with twelve to fourteen back in the day) has stretched into the mid- to late-twenties, with many waiting until their thirties to tie the knot. And though it’s tantamount to heresy to say so, we Christians are stuck in large part in the ancient understanding of what it means to be married. Keep in mind, however, that back in those times, it was also thought that the mane held the entire human embryo in his semen, and that women merely carried the seed planted in them (patriarchy alert!), and that a man was bound to marry his sister-in law if his brother died. There were even rules about sex with slaves, so let’s not go too deeply with our infatuation with “Biblical marriage,” shall we?

All of this is a rather roundabout way to suggest that our inability to engage a real, contemporary discussion about sex, sexuality and marriage reduces the terribly complex landscape of human intimacy to the same old silver-bullet panacea that marriage fixes everything. Wait until you’re married, and then you’ll magically know how to treat someone’s body with love and respect, and how to express yourself in a way that honors the covenant binding two people together (in theory) for the rest of their lives.

And where, pray tell, does this flash of knowledge come from? God? If so, why is the divorce rate 42% among Christians? And what about this statement from the head of one of the leading religious research bodies in the world today:

“While it may be alarming to discover that born-again Christians are more likely than others to experience a divorce, that pattern has been in place for quite some time,” said George Barna, president of Barna Research Group.

It’s not that I’m against marriage. I’ve been married for nearly thirteen years now. But I’m also a child of divorce (with one Christian parent), as is Amy (with a minister as a father). Further, our haste to pressure young people into marriage without endowing them with the necessary tools to understand their own bodies and implications of sexual intimacy creates fertile soil for misappropriation of sex under the supposed cloak of a religiously-blessed marriage.

We preach that marriage fixes everything, from sexual infidelity to general moral decline in our culture. But it hasn’t, and the way we teach about it, it won’t. And it’s not marriage’s fault. I think it has more to do with what we understand marriage to be than anything else.

When we talk about being a Christian as principally being about the moment at which you accept Jesus as your savior (if you believe that is necessary), we do a disservice to every day that follows, in which the path toward Christ gets nothing but harder. Likewise, when we focus our attention about marriage on the act of getting married, as if some magical mojo rained down from the sky to help us honor that covenant forever after, we’re being just as naive an foolish. We’re setting up our young people for failure, primarily because focusing on getting them married (so we don’t have to talk about sex) is a hell of a lot easier than helping them stay that way. 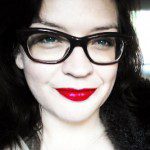