1 Kings 19:1-4, (5-7), 8-15a
Elijah gets in trouble with the King Ahab and Jezebel for killing their prophets. He hides in the woods and waits to die but an angel gives him food. He retreats to mount Horeb for 40 days. God appears to Elijah and tells him to retreat to the wilderness in Damascus.

(and)
Isaiah 65:1-9
The prophet Isaiah is condemning those who do not observe Jewish law and do not worship the God of Abraham. He says they will pay for these sins and for turning their back on Isaiah. He prophesies destruction for them but not for the land. Rather, he predicts that the descendents of Judah will inherit the land of the unrighteous.

Gospel
Luke 8:26-39
Jesus heals a man of demon possession. He sends the evil spirits occupying his body into a herd of swine that jump off a cliff and drown. Observers tell people in the nearby town about this healing and they are afraid of Jesus and ask him to leave. The healed man asks to stay with Jesus, but Jesus sends him back to tell people about what God has done for him.

Psalm
Psalm 42 and 43
A song of mourning about being forgotten by God and being ridiculed by those who do not follow the same God. He longs to be reconciled with God in God’s dwelling place on the mountain. Despite being of poor spirit, he still offers praise and expresses hope.

(and)
Psalm 22:19-28
A song of the persecuted asking God for protection and providence.

Second Reading
Galatians 3:23-29
In Paul’s letter to the Galatians, he proclaims that they are no longer beholden to a series of laws, but rather are justified and guided now by their faith in Christ as revealed in the gospel. Distinctions between people and groups such as male/female, Jew/Greek and slave/free no longer apply, as we are all one in Jesus.

I came down to the basement of our house just after Amy and I got married to find her sitting on the washing machine, crying. I asked her what was wrong, assuming I had done something (which was usually a safe guess), and she looked up with tears in her eyes.

“I have to go to seminary, dammit!” She said.

A few months later, we had packed up everything we owned in a truck and drove through an ice storm in Colorado down to Fort Worth, Texas where she began her 3 1/2 year stint at Divinity school. There were times when she came home assuring me that there was no way she was going to be able to finish. Of course, I had quit my job in Colorado and moved 1000 miles away so I was less than excited to hear about her loss of confidence.

She made it through, obviously. But there have been other times in our ministry together over the past 15 years – many times, in fact – when we both wanted to just pack it up and walk away. We would long for God to remove the longing from our hearts to continue to do ministry, to give us a passion for something else that didn’t take so much out of us, didn’t make us so…weird.

What we got instead was renewed endurance and a persistent conviction that, no matter how difficult it was from day to day, we were doing what we were supposed to be doing. Not exactly an answer to prayer by some accounts, but certainly a way through the struggles, doubt and darkness rather than a simple shortcut out of it.

Just another one of those examples of God not giving us what we want, but rather, bus finding what we needed, sometimes in spite of ourselves.

Check out the rest of the study,  dig into the study archives, add your voice to the community and find out about our next live online event  by clicking on the banner below: 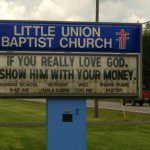 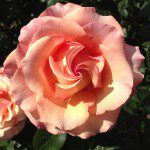