Following is excerpted from the August 11th Heretic’s Guide to the Bible study, “All In,” found in full HERE. To learn more, click on the banners at the top or bottom of the story.

When I was a little kid, probably in the first or second grade, my dad worked late. He was an insurance salesman, working in one of those little makeshift booths in a shopping mall. Because he was the low man on the totem pole, he was given the late shift and had to close down every night. As such, he usually came home well after I was already in bed.

What my mom didn’t know was that I rarely, if ever, actually fell asleep until I knew he was home. I would listen as the cars drifted by in the dark, listening intently for his car, which I could distinguish from at least a block away. I would smile and pull the sheets up tight near my neck as I saw his headlights sweep across the wall in my room as he pulled into the driveway.  I would only close my eyes after I heard the back door close and the muffled sound of his voice greeting my mom.

He almost never came in to kiss me good night. As far as he knew, I had been asleep for an hour or so. And it wasn’t so much that I needed him to come in as I wanted to know he was home, and that we were, once again, a whole family. For some reason I slept better knowing he was there, even if I hadn’t actually seen him.

This is the kind of faithful anticipation Jesus implores us to have in our anticipation of our complete reconciliation with the divine. In another text, Paul suggests we should meet God’s call daily with the childlike anticipation equivalent to, “What’s Next, Papa?” The child’s question in this sense is absent of all pretense and expectation, filled instead with eager trust that, no matter what happens, everything ultimately will be all right.

Can we muster such faith? The kind that holds no conditions over God? The kind that trusts without seeing, that asks, “what next?” even as the idea of an uncertain future terrifies us?  I think I can, or at least I could once. What a wonderful gift my younger self could offer, if only I had held on to such innocent trust and anticipation. 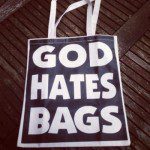