Mutual Interest is Self-Interest (Reflection on the Parable of the Money Manager – Luke 14) September 17, 2013 Christian Piatt

Following is a reflection that is part of my larger weekly Heretic’s Guide to the Bible study. This week’s Gospel text is from Luke 14, in which Jesus tells a perplexing story about what seems to be a self-serving money manager who is getting fired by his master.

To read more, or to take part in the discussion, CLICK HERE, or on the banners above or below.

I offer workshops around the country from time to time about realizing greater diversity in our communities, engendering cultural competency and helping to expose otherwise invisible privilege in our midst, and how to help use it for furthering the coming of God’s kingdom. One of the first points that I make, early on in the day, is to remind people that, “mutual interest ultimately is self interest.”

When we wrestle with ideas like making room in our midst for the “other,” or better yet, in finding ourselves as being the other and having to ingratiate ourselves to an unfamiliar host, it can be pretty uncomfortable. Things might change. We might lose something important to us. We might be rejected or humiliated. Any number of things could go wrong, and of course, that is where our minds tend to go first!

Then I share a story about a church board who realized that their leadership did not fairly represent those within the congregation. In particular, they had no one representing those with so-called disabilities in a position of power. So they invited – some of them grudgingly – the only deaf woman in the congregation to take part in the board. They knew that doing this would be challenging, as they would have to accommodate her special needs, and they also would have to make room on the board by someone else stepping down.

But before long, the woman presented them with an idea. She knew of dozens of people in the community like herself who did not go to church, even though they wanted to, because no one was offering sign language throughout the entire worship service. Why didn’t she try signing for a few weeks, just to see how it went?

Less than a year later, the church has a vibrant deaf ministry, with more than 40 new members who attend faithfully, and to bring refreshing new experiences, stories and perspectives to the congregation. It has been a blessing to an otherwise struggling faith community, and while serving as a much-needed ministry to a historically marginalized group of people, it has also brought new life and opportunity to the church.

Sometimes, in order for God to do the work that needs to be done in our lives, all we have to do is carve out the room and be open to the possibility that someone or something different than ourselves might actually make us that much better by sharing a seat at the table.

September 16, 2013
10 Myths About the Food Stamp Program (Which Congress is Trying to Gut)
Next Post 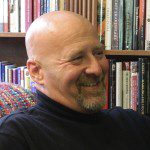 September 17, 2013 Talking Sex with a Married Catholic Priest
Recent Comments
0 | Leave a Comment
"nice article."
Brandon Roberts Talking Sex with Invisibilia’s Hanna Rosin
"Thanks for a fun romp. As a Presbyterian minister, I would have welcomed you gladly ..."
Zeigler John Leaving A-Holiness Behind
"Dear Sarah and Christian,I'm sorry for what has happened to you and your mother and ..."
Alejandro Restrepo Letter From a “Demon Possessed” Woman
"This blog is dated March 2016. It wasn't that good then and it's no better ..."
Bob Shiloh Five Ways “Representative Democracy” is Failing ..."
Browse Our Archives
get the latest from
Progressive Christian
Sign up for our newsletter
POPULAR AT PATHEOS Progressive Christian
1