Fence-Sitters and Boundary-Pushers: A Postmodern Reflection

My mom always loved gardening, but rarely had time for it in our two-career household. In her retirement to West Texas, though, she’s taken to it with a passion. She posts photos of her recent yields, be they impressive or pathetic. Today, she shared a photo that speaks volumes in metaphor.

Her caption which got plenty of smiles and amused comments, read, “This is what happens when you don’t know which side of the fence you’re on.”

The question, as the resident postmodern theology nerd in the family, is, “So is this a good thing or a bad thing? Is this a problem to be fixed, or is it an opportunity?”

On first blush, it seems that the squash is in bad shape. It’s stuck. It’s the old “fence-sitters get it in the nuts” illustration. A cautionary tale. And yeah, the squash definitely doesn’t look “normal.”

But who put the fence there? is it to support the growth of the plants, or to keep them separate? What happens if the squash breaks the fence? certainly the makeup of the garden will change, but is that necessarily bad?

And let’s say, for the sake of argument, that the squash gets broken in half eventually by the fence. In the short view, this would be justice for the uppity squash who didn’t know its place. But what if it had a vision beyond its own squashy existence? What if, in being broken open by the fence, it would spread seeds on all sides, creating a new opportunity for life in ways not possible before? Maybe it’s a Jesus squash?

And also, it’s easy to put all of our attention on the squash, but what about the fence? Isn’t it being changed too? By taking this new path, and with it, taking on some tough growth, the convergence of the squash and the fence are creating something new, at least in the existential sense. Where does the squash end and the fence begin as they converge?

Finally, just because there’s a fence doesn’t necessarily mean there should be. Maybe it served its purpose, but that purpose has since past. Maybe we’re so used to having the fence there that we just maintain it ‘because it’s what we always do.” Maybe the person who built the fence knew it was a mistake as soon as they built it, but they were too busy, distracted or even embarrassed to take it down.

I’m no lover of fences, of the limitations, boundaries and delineations they represent. Yes, sometimes they’re necessary. In some ways, such boundaries actually afford us the confidence and safety to stretch ourselves, to go farther than we would have without any sense of place, of where the unknown begins.

But the modern era is marked by a tendency to worship such fences, such rules, institutions, doctrines and traditions, simply because they already exist. And oftentimes, the very things w’e are preserving are products of those with privilege and power, so in sustaining, or even not actively challenging, such systems, we’re actually contributing to the holding-back of those with less of a voice.

Yes, I know, only I would look at a picture of a goofy squash and think such things. This is part of why I didn’t go on too many dates in high school, I guess. Maybe I think too much.

But in case you’re wondering, I’m rooting for the squash. 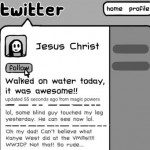 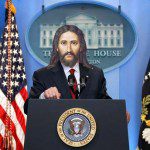 July 17, 2014 How Would Jesus Vote?
Recent Comments
1 Comment | Leave a Comment
"awesome."
Brandon Roberts Not “That Kind” of Christian
"nice article."
Brandon Roberts Talking Sex with Invisibilia’s Hanna Rosin
"Thanks for a fun romp. As a Presbyterian minister, I would have welcomed you gladly ..."
Zeigler John Leaving A-Holiness Behind
"Dear Sarah and Christian,I'm sorry for what has happened to you and your mother and ..."
Amazingaljicrowley3679 Letter From a “Demon Possessed” Woman
Browse Our Archives
get the latest from
Progressive Christian
Sign up for our newsletter
POPULAR AT PATHEOS Progressive Christian
1