The Good and Bad in the Vatican’s new LGBT Statement

In what the Human Rights Campaign calls a “seismic shift in position,” the Extraordinary Synod of Catholic Bishops has issued a statement affirming loving, committed same-sex partnerships. And though this new declaration is a promising step toward greater equality for the LGBTQ community within the greater Christian Church, it leaves much yet to be desired on further reading.

Fist, the positive: it should not be minimized that the largest and oldest Christian institution in the world has acknowledged on any level the love that is expressed in covenant between two people of the same gender. And though I may fall short of the HRC’s declaration of this being seismic, it is undoubtedly historic. It is further evidence that, in spite of local and regional church officials still espousing hateful and discriminatory language in the media and from the pulpit, their Boss in Rome is urging a far different tone.

And yet, despite this remarkable change in attitude, there are some real concerns to contend with, just below the surface. Consider the following quote from the public statement:

“Without denying the moral problems connected to homosexual unions it has to be noted that there are cases in which mutual aid to the point of sacrifice constitutes a precious support in the life of the partners.”

So on the positive side, there is at least the suggestion that love, indeed, can take many forms, and that it is a good (maybe even holy) thing, even when it doesn’t look like some think it should.

On the other hand, the Church certainly is not endorsing same-sex marriage by any stretch. Rather, it is acknowledging the “preciousness” of loving, committed partnerships. While I am pleased and encouraged by this, it’s simply not enough.

Second, there’s still the assertion that the expression of same-sex attraction presents “moral problems.” So in a sense, this borders on what some evangelical Christians have settled on, which is that it’s all right if you’re gay; you just have to be celibate your entire life.

Sorry, but that is not equality.

At the risk of diverging from the primary point, it’s worth pointing out that there are a handful of passages in the Bible that are routinely referenced to support the marginalization of LGBTQ persons. Some call them the “clobber passages,” which is understandable for those on the receiving end of such judgment.

To begin with, there is no such word as “homosexuality” anywhere in the Bible. I know some people note that Jesus never talks about it, but in reality the whole bible never mentions being gay. At most, it references sexual acts between people of the same gender, but even that needs to be considered critically.

Perhaps the most often used scripture is Leviticus 18 which, in some english translations, explicitly condemns homosexual acts. However, when translated literally word-for-word from the original Hebrew, the text says:

‘And with mankind you shall not lie beds (plural noun) a woman/wife (singular noun).’

The only places where the Hebrew phrase for “woman/wife” is used is in Leviticus 18 and 20, and often they are translated differently in each place, even within the same translation. As for what exactly this phrase, taken from the original Hebrew, actually means is debated and largely unclear.

As for other texts, referring to Sodom and Gomorrah, and the Pauline letters, the same-sex acts referred to are in the specific context of male prostitution and sexual acts performed in the temple as a non-Jewish/non-Christian act of worship. There’s also the oft-called “Sin of Onan,” which sometimes is used to condemn masturbation, same-sex acts, contraception or any type of intercourse that might not lead to procreation. But we have to consider here that people in “biblical times” believed the entire embryo was contained within the man’s semen, and that the woman was simply the holding place for an already-viable baby. So if a man ejaculated without trying to make a baby, he was committing murder.

There’s also the matter of Onan breaking his covenant with God by not trying to impregnate his late brother’s wife. A little creepy today, yes, but back then, it was a common cultural standard (and many believed, divinely ordained) for brothers’-in-law to marry and procreate with their sibling’s widowed spouse.

So to be clear, there is no mention anywhere in the scriptures of what is and is not acceptable between two people of the same gender in a loving, committed relationship. There’ no mention of being gay. Thomas Campbell, one of the most prominent Protestant leaders in the early 19th century, is known for his statement, “Where the Scriptures speak we speak, where the Scriptures are silent we are silent.” Though this phrase leaves something to be desired, as it tends toward the pharisaic legalism Jesus intended to free us from, it’s a “bare minimum” litmus test for how far our reach should extend as Christian arbiters of moral standards.

Back to the original story thread. It’s encouraging to see Catholic leadership follow Pope Francis’ lead in extending more compassion and mercy to same-sex couples. But until our LGBTQ sisters and brothers are afforded true equality across the board, and until we recognize that heterosexual privilege is real and should be used to liberate others from their marginalized positions, we’re compelled to keep the drumbeat for justice going.

Christian Piatt is the author of “postChristian: What’s Left? Can we fix it? Do we care?” and a blogger on the Patheos Progressive Christian channel. For more information about Christian, visit www.christianpiatt.com, or find him on Twitter or Facebook. 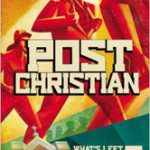 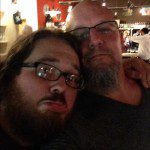