Why Christians Should Support the “Satanic” Statue in Oklahoma 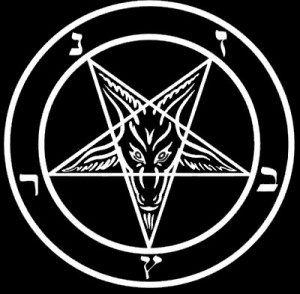 Oklahoma may seem an unlikely place for what has been called a satanic sculpture to be installed on government property. In fact, there may be no better place for it.

Considered by many to be the buckle in the proverbial Bible Belt, the Statehouse in Oklahoma City has boasted a sculpture of the Ten Commandments, paid for by Oklahoma State Representative Mike Ritze, for some time. Actually, the statue is in the process of being rebuilt after a man who heard voices in his head urinated on the monument and then crashed into it with his car.

Perhaps most interesting is the legal groundwork laid to allow such a religious statue to be placed on public property. To avoid church/state separation issues, the property on which the statue was placed was declared as a monument park, and Ritze donated the piece. Finally, Ritze claimed protection under the First Amendment as a basis for a religious icon being on government grounds.

But they set legal precedent for other groups, like the Church of Satan, to do the same thing. They’ve actually agreed to halt plans for the installation if Ritze and his supporters will not replace the destroyed Ten Commandments statue. At this point, Ritze intends to proceed, while also fighting the placement of the other piece.

There are at least three important factors to consider including:

The First Amendment applies to thing we don’t like. It’s well and good to exercise the First Amendment to protect one’s free speech, but if we’re not willing to do the same for others – particularly those with views we don’t agree with – then we don’t really believe in free speech at all. Rather, we believe in wielding the constitution at our convenience to achieve a desired end, much like how some Christians use the Bible to promote a personal theological or social claim, while neglecting to apply the same selective interpretations for others. That’s opportunism, not free speech.

The Fear is based on ignorance. Though the statue in question has been called “satanic” both by Oklahoma legislators and popular media (see a link here for an article about the making of the piece in various stages),  the statue actually is of Baphomet, a pagan god that has been around far longer than the notion of satanism ever has. Baphomet actually represents a unifying force in the universe, bringing together both light and dark, good and evil, into a kind of cosmic balance. In this way, it’s not much different than the better-known yin-yang symbol from Buddhism. It wasn’t until Baphomet was a adopted as an icon by the Church of Satan (and popularized in media by artist H.R. Giger, who also designed the creatures in the “Alien” movies) hat it became associated with satanism.

An interesting side note: one of the more prominent practices in the Church of Satan is of the Laws of Attraction, which has been embraced by the mainstream culture – including millions of Christians – after such books as “The Secret” became bestsellers.

Christians have done this for a long time. Those in opposition to the Baphomet statue feel that it is an imposition on their moral and religious sensibilities. However, they fail to consider that, as the majority voice in Oklahoma (and really the US as a whole), we Christians have imposed our sensibilities on others for generations, including (thought not limited to): Jews, Muslims, Atheists, Agnostics, Pagans, Buddhists and scores of other groups whose values and beliefs don’t align with the Christian iconography replete throughout our culture. If, in fact, the placement of the stature goes forward, perhaps it’s a necessary taste of our own medicine, inviting us into greater plurality and humble coexistence in the process.

Christian Piatt is the author of “postChristian: What’s left? Can we fix it? Do we care?” He is a blogger at Patheos, and can be found at ChristianPiatt.com, on Facebook, and on Twitter.

January 6, 2015 Ryan Bell: Adventist to Atheist...Really?
Recent Comments
19 Comments | Leave a Comment
"awesome."
Brandon Roberts Not “That Kind” of Christian
"nice article."
Brandon Roberts Talking Sex with Invisibilia’s Hanna Rosin
"Thanks for a fun romp. As a Presbyterian minister, I would have welcomed you gladly ..."
Zeigler John Leaving A-Holiness Behind
"Dear Sarah and Christian,I'm sorry for what has happened to you and your mother and ..."
Amazingaljicrowley3679 Letter From a “Demon Possessed” Woman
Browse Our Archives
Related posts from Christian Piatt