Is a Theology of Atonement a Ponzi Scheme that Enslaves Us to God?

Is a Theology of Atonement a Ponzi Scheme that Enslaves Us to God? April 28, 2015 Christian Piatt 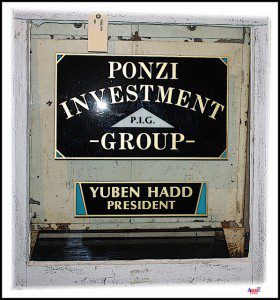 There were several reasons I parted ways with my early conservative evangelical roots (among them was that I was thrown out), and trying in vain to accept the idea that Jesus died for my sins was a big one.

Aside from atonement theology (the idea that Jesus’ death paid a debt to God I could not repay myself) painting God as a bloodthirsty bully, it also raises the question of whether personal salvation based on this atonement principle is the greatest Ponzi scheme ever sold from the pulpit.

Perhaps even worse than how this makes God look, it presents a dangerous opportunity for Christians to act fundamentally un-Christ-like. This is because, if there’s a “big payoff” at the end of this rainbow we call life, it would have to be somehow exclusive to those who accept the terms of the deal presented to us. After all, if the reason we accept Jesus as Lord and Savior is for a reward in heaven after death, it wouldn’t really mean as much if everyone got the same treatment in the end.

So here’s the premise:

-You’re destined to be in debt for your sin, either because of free will (but everyone fails the “free will test”), or because of Original Sin (Adam and Eve screwed it up for the rest of us, ad infinitum), depending on your understanding of sin.

-There’s nothing on your own that you can do to pay this debt.

-There is, however, one person/being (God) that took care of your debt for you by sending his son principally for the purpose of being killed in a sort of ritual debt-service transaction.

-The thing is, not even this entirely wipes out the indebtedness. You still have to proclaim Jesus as your personal Lord and Savior, or all bets are off.

-Even if you do accept Jesus, and God you sign off on the deal, you still don’t get the “big payoff” rewards (avoidance of eternal suffering in hell) until after you die.

-You are also still expected to work for this deferred compensation for the rest of your life. And chief among your jobs is to sell other people on this same deal so they can be covered under this sin umbrella policy, and then recruit others to to the same, and so on…

-There also is some sense of urgency, because this limited time offer expires the moment you die. And only God knows when that will be, so act now to keep from losing out on this must-have deal.

The one way in which this doesn’t resemble a Ponzi scheme, from what I can tell, is that such schemes tend to screw over the people who ultimately find themselves as the bottom of the proverbial pyramid. Either the product being offered through the scheme runs its course, stops being made or, in a perfect world, everyone in the world is singed on and there’s no one left for the newcomers to recruit.

At least in the Christian model of atonement not being a good recruiter doesn’t negate the offer. But anyone who doesn’t sing on, tragically, is screwed.

The bad news, though, is that in order for it to have value, it makes us act like jerks to everyone else. This is because we have something they need – in fact they’re lost without it – and the only solution is to become more like us.

That is at the very heart of any Ponzi scheme pitch.

Aside from this, we’re beholden to this contract we make with God for as long as we live. We’re charged with working for God for the rest of our days, and we trust/hope/pray that the deal will be honored. From my perspective, this is fairly indistinguishable from indentured servitude.

If we believe in a God of unconditional love and grace, however, it seems we have to do a lot of mental gymnastics to also believe that we have to proclaim that Jesus paid our our debt, or else no deal. If God’s love indeed is unconditional, by definition there can be no caveats. Otherwise it’s favor, not love. There’s preference shown, an inside and an outside.

And given that Jesus himself was intent throughout his ministry on eradicating the very notion of favor and insiders versus outsiders, this theology of atonement paints God as particularly un-Christ-like.

Grace is only grace if it’s offered without condition. Love really only becomes love when, likewise, it has no strings attached. Personally, I choose to believe in a God that really offers love and grace freely, and that would not set up a man the likes of Jesus to be tortured and killed.

We are capable of such brutal acts on our own, without God’s help.

Join Christian’s year-long quest to better understand what we mean when we talk about following Jesus. Find out more, and join the growing community, at www.MyJesusProject.com. 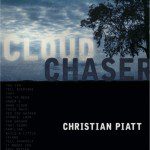 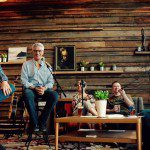 May 1, 2015 CultureCast LIVE (pt. 1 of 2): Chalke, Pagitt, Horse Feathers, Heatherlyn...and Beer
Recent Comments
57 Comments | Leave a Comment
"awesome."
Brandon Roberts Not “That Kind” of Christian
"nice article."
Brandon Roberts Talking Sex with Invisibilia’s Hanna Rosin
"Thanks for a fun romp. As a Presbyterian minister, I would have welcomed you gladly ..."
Zeigler John Leaving A-Holiness Behind
"Dear Sarah and Christian,I'm sorry for what has happened to you and your mother and ..."
Amazingaljicrowley3679 Letter From a “Demon Possessed” Woman
Browse Our Archives
get the latest from
Progressive Christian
Sign up for our newsletter
POPULAR AT PATHEOS Progressive Christian
1