Are you sitting down? Good, cause this show is pretty sure to rock your shorts clean off.

And if you’re at a coffeeshop, goofing off at work or the like that could be a little awkward.

But Christian, you ask, pray tell why this show would rock me out of my clothes more so than the average Homebrewed CultureCast? BECAUSE IT’S 110% LIVE BABY.

That’s right. We brought Oasis Church’s Steve Chalke in from the UK, Solomon’s Porch’s founding pastor Doug Pagitt from Minneapolis along with his partner-in-crime singer/songwriter Heatherlyn, and a bit of homegrown Portland fabulosity by sprinkling the inimitable Justin Ringle and Nathan Crockett of the band Horse Feathers on top of this sundae of theo-cultural deliciosity.

All of this, natch, is hosted by your tried and true CultureCast sherpas: Amy Piatt, Slim Moon and yours truly (no that’s not my name, it’s Christian Piatt. Duh.).

We descended on Portland’s own Marmoset Music like a podcast-borne siege of near-Biblical proportions hammering the earholes and mind-parts of those in attendance with some CultureCast goodness, all happening right before their very eyes.

Okay, so maybe that’s a little bit of hyperbole, but it was pretty awesome. Don’t believe it? Check for yourself.

Can’t get enough? Have to listen on to hear who wins, who claims the proverbial conch and rises high above the culture-carnage to reign supreme atop the mountain of virtual corpses left in his or her wake?

Well then you’re just gross. Have you no sense of decency? GAWD.

If, on the other hand, you just want to dig a little deeper into the live CultureCast haps, stay tuned for the second half of the show, coming soon to a blog post, RSS feed, Stitcher channel or iTunes subscription near you.

Catch us on Stitcher Radio HERE

Extra special thanks to Adam Phillips, our show’s producer, Jeff Simmons/Caravan Recordings, the sound Svengali and Caedmon Michael for working the door with vigilance. And we could not have pulled this off without our sponsors: Phillips Theological Seminary (I’m starting to think those guys like us), Basecamp Brewery (nom nom nom) and Marmoset Music for this stellar support. 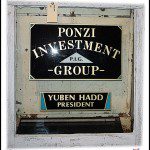 April 28, 2015
Is a Theology of Atonement a Ponzi Scheme that Enslaves Us to God?
Next Post 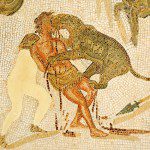 May 4, 2015 Texas Takeovers to Criminalized Christianity: When Facts No Longer Matter
Recent Comments
0 | Leave a Comment
"awesome."
Brandon Roberts Not “That Kind” of Christian
"nice article."
Brandon Roberts Talking Sex with Invisibilia’s Hanna Rosin
"Thanks for a fun romp. As a Presbyterian minister, I would have welcomed you gladly ..."
Zeigler John Leaving A-Holiness Behind
"Dear Sarah and Christian,I'm sorry for what has happened to you and your mother and ..."
Amazingaljicrowley3679 Letter From a “Demon Possessed” Woman
Browse Our Archives
get the latest from
Progressive Christian
Sign up for our newsletter
POPULAR AT PATHEOS Progressive Christian
1

Don't give yourself away
slacktivist
Related posts from Christian Piatt