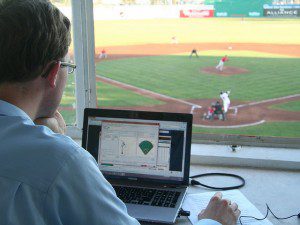 Religion is notoriously behind on nearly every societal curve there’s ever been. some say that’s a good thing, as it’s supposed to be counter-cultural.

But there’s a difference between pandering to cultural trends and being tone-deaf or willfully ignorant. And as One of my old grade-school counselors once said: when you know better, do better.

If we look around us we know that there are better ways to employ the resources we have to affect positive social change, deepen discipleship and strengthen community of many kinds. But we adhere to mid-twentieth-century models and understandings of how the world works, then look around, asking ourselves why no one cares anymore.

If you’re unfamiliar, “Moneyball” is the title of the bestselling book my Michael Lewis (one of my favorite authors) about how Billy Beane, a controversial (some said washed up) manager not only turned around the perennially mediocre Oakland A’s on a meager budget, but also revolutionized the entire sport of baseball in the process. He took a bunch of mid-level players (no stars among them), many of whom were out of shape and hardly the A-Rod material, and made playoff contenders out of them, year after year. And he did it with a faction of the salary of the teams he was beating.

Of course he lost players to those big dollar teams, but that’s the brilliance of the Moneyball model; he could do it over and over agin, with players almost no one else wanted.

How great would it be if we could learn from that within organized religion? And how might it look?

Know Your Big Data. The key to Moneyball is a way of crunching data in great detail by a company called Saber Metrics. since the A’s success, their strategies have been adopted by everyone from politicians to stock brokers. The Biblical equivalent is a process called exegesis. This is a way of digging into the layers of Biblical text to understand it from many angles. And while pastors and theologians know how to exegete text, they rarely know how to exegete culture.

It’s not admirable or pious to be aloof or arrogantly removed from mainstream popular culture. Whether we like it all or not, we should be well versed in the narratives and media that are replacing the grammar of spirituality in our midst. What matters to people? How do they engage it? What’s missing? What questions are they asking? And most of all: what do people actually need, and how do we know this? Have we gone out into parts of the community we know nothing about spent time, asked questions and absorbed the ethos around us?

Or do we sit within our four walls, assuming a handful of “experts” will offer the next silver bullet to resurrect a dying Church? Yes, reading books and studies can help, but they don’t know your reality like the people around you do. So go find out. Stop making assumptions.

Get Over the Romance. One of the biggest weaknesses in pre-Moneyball baseball was the inclination to fall victim to the romance of fast pitchers, big hitters and young, big strong men. They’re exciting to watch, nice to look at, and they draw crowds. But overall, real statistical analysis tell us they’re a bad investment. We do the same in Church, especially when it comes to worship. We seek out leaders because they can blow the doors off as preachers. We spend countless hours and dollars reinventing one hour of worship a week. But is this really what people care about?

Yes, the people who are there care, partly because they’ve spent so much time and money on it that they’d be insane not to. But a post-Christian culture doesn’t even really understand what worship is for, what it all means. It comes off as pageantry or entertainment without the context behind it, and trust me, the rest of the world can do entertainment better than you can.

Focusing on worship is insider baseball at its worst. We should be focusing more on what people really want and need, especially before we even think about getting into the heavy lifting of worship together. People need community, safe space, belonging, a place to ask questions, to be a part of something bigger than themselves. The greater unchurched community sees worship as fairly masturbatory, given how much we put into that, while claiming to be focused principally on community healing, service and advocacy for the poor and marginalized. As the old saying goes, if you want to see what really matters to people, look at where the money goes. And just one look at our budgets and facilities tell the story louder than our words ever can.

Stop plugging holes; get a smarter return. We’re notorious for sticking people on committees or assigning projects simply because they exist and need to keep going. Why? No one really knows. And we also tend to recruit people to do what they’re already doing in the real world for church, often without asking if they even care about it or enjoy it. What if your CPA in the pews hates accounting now, or if she’s always actually wanted to be a singer? Or what if your Sunday School teacher is so fed up with teaching kids all week long that he’s just going through the motions?

You get more out of people when they’re doing something they’re excited about, something they love. Just knowing how to do something isn’t a good enough reason. I know how to do math, but I hate it, so don’t ask me to do it. And often, people also have no sense of vision, no understanding of how their piece of the puzzle helps create the bigger picture. Asking me to break a pile of big rocks into little pieces seems pointless until you tell me we’re taking pieces of the old church facade and breaking them down to use them as a gravel path for a new prayer labyrinth. And that’s jus a small example. Why are we doing church anyway? Why do outreach and evangelism? To keep the buildings open? For what? Who cares?

Knowing the individual and collective passions of both the people inside your church and beyond it makes you far more culturally competent, and it makes your work far more efficient. Plus, you’ll likely discover gifts you never imagine existed. What’s more, you might realize you lack a coherent community vision, or that no one really cares about the old one any more. Getting people to care, helping them understand their role and ensuring they’re doing something they care about makes a huge difference in efficiency and vitality.

Yes, this is complicated, it runs up against a lot of the “we’ve always done it this way” attitudes, it takes time and it’s a hell of a lot of work. And if it doesn’t seem worth it, that’s probably the best place to start. Billy Beane changed the A’s and all of baseball because he cared more about the actual game than about perpetuating some superficial narrative about an old pastime. And as the rest of the league woke up to this revolution, there were plenty of coaches and managers who resisted such changes.

So they found other work somewhere else. If only many of our entrenched, myopic church leaders would do likewise. 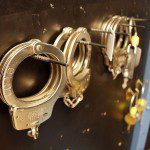 May 27, 2015
Worshipping the Chains that Enslave Us
Next Post