It didn’t take long for Bruce Jenner to come out publicly with his gender transformation complete. Renowned portrait photographer Annie Leibovitz photographed the public debut of Caitlyn Jenner, which is on the most recent cover of Vanity Fair Magazine.

There is also an accompanying article and a brief video about the shoot and the transformation here:

Of course, this will bother a lot of people.

First, there are the religious and social conservatives who already are up in arms about his admission that he has, for his entire adult life, felt he was actually a woman. They howl that his change is an abomination of religious and natural law. Where are the lines? What’s the limit? What’s next? Clowns making babies with otters? And so forth.

Finally, there are those who will feel awkward (or worse) about being attracted to Caitlyn Jenner. For men in particular, their masculinity is, in some ways, tied to the women they’re attracted to. So what doe it mean about them as men if, even on first blush, they see this new woman and find themselves attracted to her?

In all, we’re largely talking about the same thing; we believe there’s some kind distinct, immovable order to our gender, sexuality and attractions. We’d like to think that men are men, women are women, straight people are straight, gay is gay, etc. And this is precisely why Alfred Kinsey was so roundly vilified by so many for suggesting that sexuality and identity are along more of a sliding scale continuum, rather than some binary sort of on/off switch.

It challenged (as does Caitlyn) our own identity, our sexuality, our attractions, and raises questions. If a woman was attracted to Bruce, does that mean she might be a little bit lesbian? If a man is attracted to Caitlyn, is he straight? Gay? Into trans women?

What does it all mean???

Such questions, which largely lead to opportunity for dialogue and reflection more than certain, absolute answers, are a perfect example of how we’re gradually coming into the reality of a postmodern world. The binaries simply don’t work, and when we try to cling to them we feel like the universe is crumbling around us when we see evidence to the contrary, and especially when we sense it within ourselves.

Welcome to the world, Caitlyn. You are beautiful. 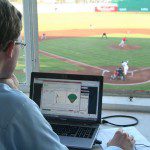 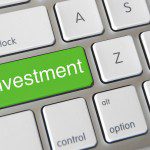 The Other Half of the Curtain
The tradition I came from (my people if you will) never even...
view all Progressive Christian blogs
What Are Your Thoughts?leave a comment
Copyright 2008-2020, Patheos. All rights reserved.