When we think of “terrorist threats” to American lives and sovereignty, immediately our minds go overseas, usually to the middle east. We have been sold more than one war abroad principally based on the argument that, if we don’t take the fight there, they’ll bring it here. And yet, there is disturbingly little done – and often times, even known – about a more potent threat here, in our midst.

There have, indeed, been a handful of executed or attempted terrorist acts carried out by Muslim extremists, in addition to the chilling World Trade Center attacks. However, few of us have heard of the 125 or so incidents of domestic terrorism, either carried out or planned, reported HERE by the Center. These acts generally have been traced back to white supremacy groups, and other far-right extremist groups fueled by a hatred for difference, and fueled by and large by a zealous interpretation of their own Christian beliefs.

Consider these sobering claims from the Southern Poverty Law Center:

Since 2000, the number of hate groups has increased by 30 percent. This surge has been fueled by anger and fear over the nation’s ailing economy, an influx of non-white immigrants, and the diminishing white majority, as symbolized by the election of the nation’s first African-American president.

These factors also are feeding a powerful resurgence of the antigovernment “Patriot” movement, which in the 1990s led to a string of domestic terrorist plots, including the Oklahoma City bombing. The number of Patriot groups, including armed militias, skyrocketed following the election of President Obama in 2008 – rising 813 percent, from 149 groups in 2008 to an all-time high of 1,360 in 2012. The number fell to 874 in 2014.

One questions raised is whether these groups are so much more prevalent on domestic soil than in other predominantly white, Christian developed nations because a culture of accepted violence has been normalized in our culture. From fetishized violence in the media to our obsession with personal possession of guns and capital punishment, violence is a sort of panacea for problems in our cultural narrative.

However, we can’t ignore, too, that at least equally as embedded into our nation’s DNA is the marginalization and exploitation of non-

Anglo people. Though we celebrate our independence from the British Empire, we give far less attention to the brutal reality that the country we know and fight to protect now was built on the bloodshed and near extinction of the indigenous Native American tribes who preceded us.

From there, our nation’s culture and economy was inhered with the use of slaves to do our most grueling work, while also exploiting them for everything from sex to entertainment (which often included beating someone to death, hanging or abject torture. Our own Civil War was fought largely over the issue of slavery, and the fact that well into the 21st century we are still having public debates about the propriety of the Confederate Flag  – under which the pro-slavery south fought – on our license plates and public buildings.

The ingredients for homegrown hate-based, religiously-fueled right wing extremism are abundantly evident, if only we are willing to acknowledge them. And yes, we do need to recognize that they are a part of our heritage, our past and our shared story. But that doesn’t mean they should be things we fight to preserve and maintain as a symbol of pride.

Terrorism always has a complex combination of sources for its diabolical inspiration.  Unfortunately, we’re far more willing to point the finger at the multitude of problems abroad, rather than engage in real, gut-wrenching work of exorcising similar demons from our midst in our own communities.

Christian Piatt is the author of postChristian and Blood Doctrine, his first novel. He is the founder and cohost of the Homebrewed CultureCast podcast and blogs on the Patheos Progressive Christian Channel. 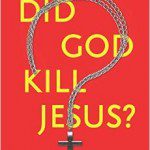 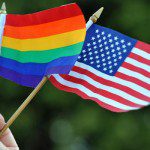