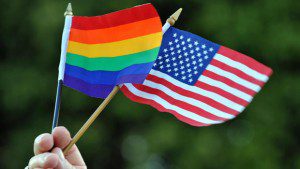 He cited the example that rights for women have shifted as our society has gone from seeing women as property to recognizing them as equals to men. It seems only just to me then that, as we know that gender identity and orientation are rooted in our fundamental biology, our interpretation of how the union between two people is understood should evolve as well.

The dissenting opinions (one written separately by every dissenting voter) ranged from predictably sullen to outrageously scathing. Chief Justice Roberts was circumspect in his statement, writing that while those in favor of same-sex marriage should celebrate a victory today, they shouldn’t celebrate the Constitution. This, he says, is because today’s decision has no basis in the Constitution.

However, Justice Roberts, please consider the core values expressed in the Declaration of Independence:

We hold these truths to be self-evident: that all men are created equal; that they are endowed by their Creator with certain unalienable rights; that among these are life, liberty, and the pursuit of happiness.


Yes, this is not in the Constitution, but if we believe these sentiments to be fundamental to our identity as a nation, they should be inhered in all interpretations of the Constitution. As such it is implicitly a core value of that document.

Justice Alito took the “slippery slope” argument, asking toungue-in-cheek why the decision topped at only two men or two women. “Why not four men?” he Suggested.

Because, Justice  Alito, there is nothing in the case before you about three or four men marrying, or a woman marrying a sloth, or one man and ten women. You are to rule on the case before you and nothing more. If and when you have a case at your bench arguing for the marriage of four men, then it’s incumbent on you to rule on it. Until then, the slippery slope argument is specious, and has no basis in constitutional law.

Justice Scalia, however, once again took the proverbial gay wedding cake. He engaged in various rhetorical pyrotechnics that we’ve come to expect (find them online lots of places if you’re into that kind of thing), but most shocking to me was his direct assault on the integrity of the court itself on which he sits.

“The opinion is couched in a style that is as pretentious as its content is egotistic. If, even as the price to be paid for a fifth vote, I ever joined an opinion for the Court that began: ‘The Constitution promises liberty to all within its reach, a liberty that includes certain specific rights that allow persons, within a lawful realm, to define and express their identity,’ I would hide my head in a bag. The Supreme Court of the United States has descended from the disciplined legal reasoning of John Marshall and Joseph Story to the mystical aphorisms of the fortune cookie.”

Is this, to anyone other than me, one of the worst cases of sour grapes, or taking your toys and stomping home, that you’ve ever seen? If he’s so disenchanted with the way the court rules, perhaps its time for him to step down and make room for a justice who holds the Supreme Court in higher esteem.

And for that, Justice Scalia, we would thank you from the bottom of our gay-loving hearts. 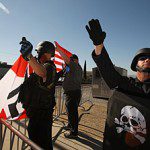 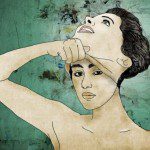