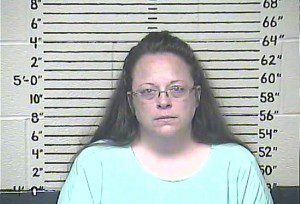 Not surprisingly, the reaction I’ve seen from advocates of marriage equality about County Clerk Kim Davis being sent to jail for refusing marriage licenses to same-sex couples has been, “Good!”

But I’m not so sure.

I understand the sense of vindication in having the power of law finally behind the judge’s ruling. But it also does more to hamstring the advancement of marriage equality than it does to help it. After all, it is the law of the land now; the next effort should be to help normalize the idea of marriage equality within the culture and to mend the damaged relationships between those of us who advocated for it and those who did – or even continue to – resist it.

That is, unless all we were interested in was being right and getting a little bit of vengeance, neither of which is Christ-like.

Find out more about Christian Piatt’s latest project, “A**hole Christian Survival Guide: Prepare for the A-hole Apocalypse” and join the effort to bring it to publication.

But perhaps the most important reason this is not good for the cause of marriage equality is that it’s precisely the kind of fuel fundamentalists have sought to feed the fires of Christian persecution and martyrdom. Just today, Davi’s lawyer compared her jailing on contempt charges to the mass imprisonment and genocide of Jewish people in Nazi Germany.

As I wrote in my most recent book, “postChristian: What’s Left? Can We Fix It? Do We Care?” the fundamentalist Christian identity either rests on being victor or victim, master or martyr. Both serve the purpose of keeping power out of balance and destabilizing any potential sense of pluralist equality and peaceful coexistence.

The only real path to reconciliation is if we get past the illusion that someone being under the bot-heel of power is a cultural inevitability. It’s not. In fact, it’s the opposite of the kingdom-inspired vision the Jesus tried to offer us.

So it’s more than a little bit bitterly ironic that it’s Christians who seem most reluctant to embrace the possibility.

It’s the job of the rest of us, however, who don’t feel as the fundamentalists do to help create the climate in which it can be not only imagined; it can be experienced, contrary to any rhetoric being spewed from any pulpits or pundit outlets. As I see it, living out a different reality and choosing the path of Jesus is the best possible way to help neutralize the continued efforts of some to throw themselves on the ideological pyre, even if none actually exists.

Find out more about Christian Piatt’s latest project, “A**hole Christian Survival Guide: Prepare for the A-hole Apocalypse” and join the effort to bring it to publication. 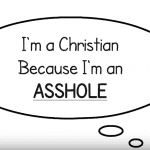 September 1, 2015
Are You Prepared for the A**hole Apocalypse?
Next Post 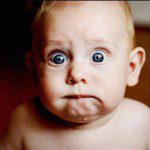 September 7, 2015 Outhouse Terrors, Fear Sharers, Soul Bearers (CultureCast LIVE Pt 2 of 2)
Recent Comments
0 | Leave a Comment
"Thanks for a fun romp. As a Presbyterian minister, I would have welcomed you gladly ..."
Zeigler John Leaving A-Holiness Behind
"Dear Sarah and Christian,I'm sorry for what has happened to you and your mother and ..."
Alejandro Restrepo Letter From a “Demon Possessed” Woman
"This blog is dated March 2016. It wasn't that good then and it's no better ..."
Bob Shiloh Five Ways “Representative Democracy” is Failing ..."
"sounds cool."
Brandon Roberts Untitled
Browse Our Archives
Follow Us!