Tired of being a “Christian But”? 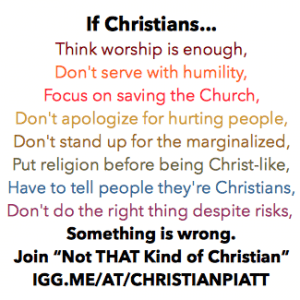 Of course, when only hearing it, I figured she meant she felt like she was a “Christian ass,” to which I joked that she had lots of company.

After rolling her eyes at me (as many people tend to do), she explained that she was tired of feeling like she had to tell people something like:

I’m a Christian, but I don’t support the death penalty.

I’m a Christian but I campaigned actively for marriage equality.

I’m a Christian, but I believe global warming is real.

I’m a Christian, but I don’t have al the answers.

And so on. In fact, there are lots of people who have dropped the identity of “Christian” all together, 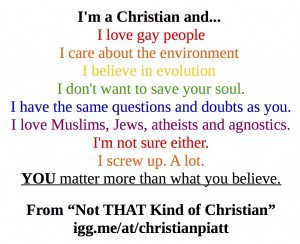 simply because they’re tired of being lumped in with folks that everyone assumes (often understandably) represents the core identity of the larger Christian community. But when the most common words people identify with “Christian” are “judgmental” and “hypocritical,” it’s easy to understand why many simply dump the moniker.

The other phrase I hear a lot is “I’m not that kind of Christian.” Sadly, we all know what that means without it being explained. That sucks. And the reality is, though I’d like to be “not that kind of Christian” that people think of and cringe or shudder, or simply shrug and walk away from it all, sometimes I am. I speak of values sometimes that I fall short of living into. Sometimes I judge others, even if it’s other Christians for not living up to what I think we ought to be. 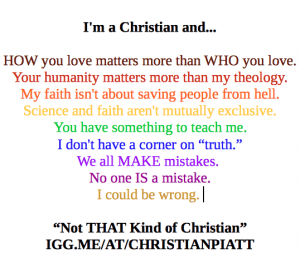 We all do this stuff. And I’ve heard some Christians say it’s not really fair that we get inordinately labeled as such when everyone bears responsibility for being an asshole now and then. But it’s part of the responsibility we take on in saying we’re trying to better understand what Jesus talked about, how he lived and what seemed so important to him to commit his life to. All of it, in fact.

And sometimes we suck at it.

I like what Peter Rollins says about this kind of thing. Instead of trying to maintain some kind of false image of piety, perfection or even some “better than” attitude, he says we should just be honest when we mess up. Just put it out there. That’s when it loses its power, really. But when we try to pretend we aren’t screw-ups, and when we try to look at ourselves as deserving in ANY WAY of love, acceptance, inclusion, mercy, equality and dignity – in every way, and not just in the ways we think are acceptable – we’re 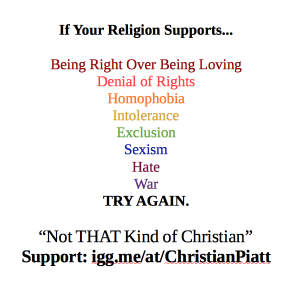 betraying the very values for which Jesus lived and died.

So yeah. The title of my new book, “Not THAT Kind of Christian,” is done a little bit tongue-in-cheek. I use it because we all know what I mean by that. But I also use it to point out that it’s time to stand FOR something much more than being defined by what we’re not or what we’re against. Instead of spending quite so much time keeping the bad PR at arms-length, let’s invest that time and energy into remaking our own path, recommitting ourselves to living out the love, mercy and humility central to the Gospel so tirelessly that it needs no explanation, no words, no excuses.

Join the growing “Not THAT Kind of Christian” community on Facebook HERE, or be a part of the campaign HERE. Please consider, share and get involved however you can. 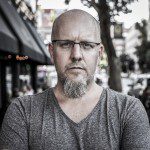 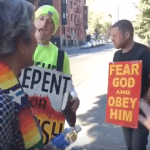 October 5, 2015 An Opportunity for Grace in the Face of Hateful Protest
Recent Comments
0 | Leave a Comment
"I believe taking calculated risk are super important. having the faith that it will work ..."
Sean Lewis 25 Christian Blogs You Should Be ..."
"Indeed it is a nice blog , here we represent Award9ja.com"
herald nigeria 25 Christian Blogs You Should Be ..."
"good article."
Brandon Roberts Religious Haters, Stunned Red-Staters and Pop ..."
"goodness, some pple shld just learn not to speak at all"
Xu Hongming Ten Cliches Christians Should Never Use
Browse Our Archives
Follow Us!