Growing the Awesome Together

When Tripp Fuller, founder and host of the Homebrewed Christianity podcast and network, and I sat down over beers more than three years ago and talked about starting a show on culture and spirituality, I had no idea what I was getting myself into, in the very best way.

It started with Jordan Green and me, sitting around a laptop in his living room. Then Andy Campbell, Amy Piatt and I crowded around a single microphone. All pretty rigged, if I’m being honest, and then I listen back to those early espies of the Homebrewed CultureCast, I’ll admit I cringe a little. Oh, for a time machine…

Now, slim Moon, Amy and I have our own studio, a show editor, live event producer, promotions manager and more than 100 episodes under our belts. We reach between 20,000 and 25,000 listeners a week with in-depth personal interview with authors, actors, influences, tastemakers and activists who are changing the face of our culture. We cover current events, popular culture trends, politics, and we’ve even done live shows in six different states across the country.

But we’re not finished; I like to think we’re just getting warmed up.

Just recently, we’ve had a record label exec, a bestselling author and screenwriter, and the creator of a Marvel comic book series on the show. Coming up, we have an Emmy-nominated screenwriter, an award-winning, bestselling singer/songwriter and the senior editor of a major magazine (also a frequent NPR guest). It just keeps getting better and more fun, so we keep doing it. Hope it’s as enjoyable to listen to as it is to produce.

We’re actually looking for some partners moving forward. The model for podcasts, of course, is a free subscription model. We like that, because no one should be excluded from the conversation if they can’t afford it. But for those who have the ability and value the content, we’re offering some benefits to partnering with us as a CultureCast Patron. For $5 a month or more, we’ll hook you up with stuff like exclusive patron content, CultureCast swag mailed to your door and free tickets to any live show we do, anywhere we go. We’re doing drawings among patrons for other free stuff, and we even have a chance for patrons to have us come to your city to do a live show.

Think about it. You can even do as little as $1-$2 a month, just to show you’re with us and value what we do. But if you can do more, do it knowing you’re helping out someone else who doesn’t have the means. Check out the video below anyway for a bit of the show’s story and what we’re trying to cover with patron help:

Thanks, mostly, for listening, telling us what you like and don’t sharing the show with friends, and especially to those of you who have come out to our live events. Always awesome to have new friends! 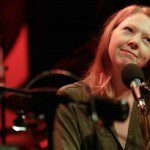 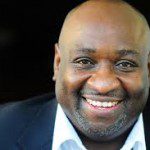 November 29, 2015 Leroy Barber on Why Gentrification Sucks (Plus Paris and Pastafarians)
Recent Comments
0 | Leave a Comment
"awesome."
Brandon Roberts Not “That Kind” of Christian
"nice article."
Brandon Roberts Talking Sex with Invisibilia’s Hanna Rosin
"Thanks for a fun romp. As a Presbyterian minister, I would have welcomed you gladly ..."
Zeigler John Leaving A-Holiness Behind
"Dear Sarah and Christian,I'm sorry for what has happened to you and your mother and ..."
Amazingaljicrowley3679 Letter From a “Demon Possessed” Woman
Browse Our Archives
get the latest from
Progressive Christian
Sign up for our newsletter
POPULAR AT PATHEOS Progressive Christian
1