If you listened last week, we talked it up with Hell’s Kitchen’s own Portia Sabin, daughter of an actor and casting director who set out on her own to, oh, I dunno…get a PhD in cultural anthropology from Columbia, start a management company, tour the country with her own band and then take over Kill Rock Stars Records here in Portland.

This week she fills us in on how the music business works (and doesn’t) these days, why Spotify rules the planet, why girls needed their own rock camp, and why she started her own radio show, The Future of What. I mean, hey, it’s not like she was doing anything eclectic or interesting. yeah?

KRS, her label is it’s affectionately known, was stated nearly a quarter century ago by her husband, Slim Moon (also our cohost), and has helped break bands like sweater-Kinney, The Decemberists, Bikini Kill, The Gossip, Elliott Smith and other amazing talent. They even put out one of Nirvana’s first singles. They’re there shizzle, which is why we gave her two shows to fill our ear-parts with awesomeness.

The Culture Casters talk about the recent LDS rules that likely will lead to the break-up of tons of mormon families with an LGBT family member, and how a couple thousand LDS families from Utah demonstrated publicly against them in protest. The recent ruling by a judge to take away a same-sex couple’s kids was revised within days too, so maybe we’re making some progress?

Yeah, but then there’s HB2, the new bill the Supreme Court has agreed to hear that could, through indirect regulations and red tape, shut down the bulk of abortion clinics left in Texas and elsewhere. Ahh, Democracy!

We also chat up an Atlantic article about why everyone should study theology, even if they don’t believe in God, and then on to the new study that show religion actually makes our kids meaner than secular children. As I recall, the fourth commandment was, “Thou shalt be an asshole in my name,” right? Right?!?!?

We top it all off with a little more girl power, and why evidence shows America needs more female cops, and probably more women pastors, politicians, and fewer male Hooters waiters. Please guys, for the love of all things holy…

We dig up some reading and listening material you prolly haven’t heard of before in recommendations, and Amy drops a fear on us that’s on up there with “pool sharks” for the weirdest, most unlikely fear. And then she has the nerve to scoff at MY FEAR, which actually has happened to me.

No respect, I tell ya. 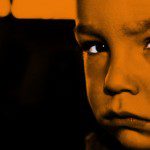 November 21, 2015 Growing the Awesome Together
Recent Comments
0 | Leave a Comment
"awesome."
Brandon Roberts Not “That Kind” of Christian
"nice article."
Brandon Roberts Talking Sex with Invisibilia’s Hanna Rosin
"Thanks for a fun romp. As a Presbyterian minister, I would have welcomed you gladly ..."
Zeigler John Leaving A-Holiness Behind
"Dear Sarah and Christian,I'm sorry for what has happened to you and your mother and ..."
Amazingaljicrowley3679 Letter From a “Demon Possessed” Woman
Browse Our Archives
get the latest from
Progressive Christian
Sign up for our newsletter
POPULAR AT PATHEOS Progressive Christian
1