A foreign-born radical of questionable parentage and part of the religious tribe living under occupied rule is agitating his people. When he comes into the city his followers speak of government overthrow. He’s challenged the authority of religious and political leaders. The powers that be are restless.

There have been others like him, speaking of dissent and of a new world out from under the boot-heel of the present so-called tyranny. Never mind that their lives are better since we’ve come. Never mind that we helped bring peace to generations of tribal violence that led to more blood shed of innocents than before. At least now those who pay the ultimate price have been accused of a crime.

Now there’s peace, order, infrastructure. And he’s threatening all the good we’ve built up here. If he had his way, the region would be thrown back into chaos.

He’s not committed a crime per se, but he presents a clear and present danger, regardless. He’s been under government monitoring for some time. Better to detain him, keep our enemy closer. We’ll worry about charges later. Maybe we’ll try him in the Court of Public Opinion once they recognize how much they stand to lose if they keep listening to this charlatan who promises a new reality that he has no means of sustaining.

No money. No military. Just a radicalized, loose network of tribal dissidents who think they, of all people, can do better for themselves.

Bring him in. Without formal charges we can label him as an enemy combatant and detain him at Guantanamo. In the meantime, we’ll figure out how to turn his own people against him so even if we have no legal basis, we can at least do what needs to be done with him without risk of a revolt.

As for the radical, his calls for “change” and a better way of life will fade after people are sufficiently fed, safe and entertained. After all, who has the appetite for revolution when their bellies are already full? 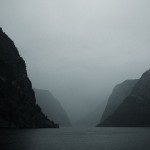 March 22, 2016
Why So Many Christians Skip Holy Week
Next Post 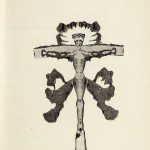 March 25, 2016 Trump v Anonymous and Killing Jesus (Again)
Recent Comments
0 | Leave a Comment
"awesome."
Brandon Roberts Not “That Kind” of Christian
"nice article."
Brandon Roberts Talking Sex with Invisibilia’s Hanna Rosin
"Thanks for a fun romp. As a Presbyterian minister, I would have welcomed you gladly ..."
Zeigler John Leaving A-Holiness Behind
"Dear Sarah and Christian,I'm sorry for what has happened to you and your mother and ..."
Amazingaljicrowley3679 Letter From a “Demon Possessed” Woman
Browse Our Archives
get the latest from
Progressive Christian
Sign up for our newsletter
POPULAR AT PATHEOS Progressive Christian
1