Of course the day marking Jesus’ crucifixion ain’t exactly as fun as flowers, Easter hams and egg hunts, but it’s a necessary path to it. After all, there’s no resurrection – however you understand that – without it. In that light, we’re sharing an interview we first did last Easter with Haaz Sleiman, star of the “KILLING JESUS” miniseries that came out last year. In addition to being time and interesting in itself, he talks about living in an interfaith space growing up (also deeply mired in violent conflict), as well as being a Muslim playing a Jew (Jesus) for a predominantly Christian audience.

Also, in addition to the Echo Chamber goodness, some fresh recommendations and Amy’s perennial penchant for trepidation in her Fear of the Week bit, we have our professional hacker Mike Collins back on to explain what’s going on with the attacks by the group “Anonymous” on Donald Trump that led to the release of lots of his private information online. What is doxing? Are “Anonymous” good guys or bad guys? Does this foreshadow the future of customized ayer-warfare? Paper or plastic? I mean, the questions are potentially endless!

Check it out, soak it in and stick it in your Easter bonnet for safe keeping. This is your piping hot Homebrewed Culture Cast.

(Episodes take a while to pop up on iTunes. If it’s not there yet, check back in a while.)

Check us out on the Homebrewed Christianity site HERE 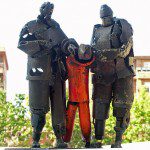 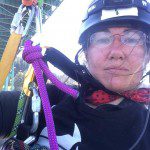 April 4, 2016 (FIXED) From "None" to Activist Minister & Tales of Gastric Horror
Recent Comments
0 | Leave a Comment
"awesome."
Brandon Roberts Not “That Kind” of Christian
"nice article."
Brandon Roberts Talking Sex with Invisibilia’s Hanna Rosin
"Thanks for a fun romp. As a Presbyterian minister, I would have welcomed you gladly ..."
Zeigler John Leaving A-Holiness Behind
"Dear Sarah and Christian,I'm sorry for what has happened to you and your mother and ..."
Amazingaljicrowley3679 Letter From a “Demon Possessed” Woman
Browse Our Archives
get the latest from
Progressive Christian
Sign up for our newsletter
POPULAR AT PATHEOS Progressive Christian
1