Looking for Healing in the Jordanian Ruins (Strong in the Broken Places) October 9, 2016 Christian Piatt

Following is from a press tour sponsored by the Jordan Tourism Board and through the generosity of Phillips Theological Seminary.

The theme of my trip is “Strong in the Broken Places.”

Two years ago, I was working on the couch in our living room when I noticed a weird chemical smell, like acetone, filled my sinuses. Then I was seized by an overwhelming sense of dread, as if the worst thing I could imagine was inevitable, any moment. Then the heat came, sending a prickly tingling sensation from my feet to my skull.

After that, it gets a little bit hazy. I knew who I was and where I was and, at first at least, I figured it was just some synaptic accident: a result of stress from the book tour I’d been on for weeks, causing me to travel more than sleep many days. There was dizziness and other symptoms I can no longer remember in detail, but I did my best to minimize and ignore it.

Then it happened again. And again later, on our way home from the emergency room.

Following test after test and a consultation with a neurologist, the diagnosis was complex partial seizures related to epilepsy. Sounded ridiculous to me, since no guy in his mid-forties I’d ever heard of suddenly develops seizures. Plus it wasn’t like what I thought seizures were.

But I was out of control of my own brain, and it scared the hell out of me.

Not long after, I also developed hypertension which, along with the epilepsy, led to scores of doctor visits, seemingly endless medicine combinations, all with various – and anywhere from unpleasant to debilitating – side effects. Two years later, the cocktail of pills and checkups seems to have both under reasonably good control, for which I and my family are unspeakably grateful.

Back in the day they’d have just figured I was possessed and then some poor, stupid pigs would take the fall and run off the side of a mountain. Or something like that.

I joke, as I do about most uncomfortable things, but only sort of. I did feel like something inside of me had suddenly been co-opted, stolen from me, operated by some invisible, nefarious force intent on my destruction. My brain was no longer mine; nearly everything in my professional life had to change to accommodate my new, lower stress regimen.

And as if that wasn’t enough, I developed a frigging allergy to beer. Beer, for God’s sake!!!

So when I was invited to submit a proposal to take part in a trip to Jordan and had to come up with a theme for my blogging and podcasting work around it, the topic became clear pretty immediately: finding strength in the midst of brokenness. After all, for a nation whose neighbors are Israel, Syria, Iraq, Saudi Arabia and Egypt, they’re no stranger to brokenness. And despite the imminence of so many threats all around them, somehow they’ve found a way to live in peace, relative prosperity, and even to to welcome hundreds of thousands of refugees from their neighboring territories into sanctuary.

And conflict here isn’t a new phenomenon; from the Roman Empire to the Greeks, Ottomans, Byzantines and others, this land has had more names and flags than I can keep track of. And although its history and stories stretch back millennia, the present kingdom is about the same age as my parents. They don’t have massive oil reserves or other mineral deposits, and water is scarce. From an impartial perspective, it has every reason to fail, to collapse in on itself, to end up as a failed state, only to be disputed and fought over like the West Bank and Golan heights and kiss its borders.

And yet they’re here. They’re making it. They’re doing more than surviving; they’re living out a call to welcome the stranger. Hundreds of thousands of them, persecuted or exiled because of their faith, background or simply who are victims of their own geography. And for far too many of them, their families and communities know nothing other than displacement, violence, conflict, brokenness.

Maybe they have something to teach me too. If nothing else, it’s a good wake-up call to stop feeling so damn sorry for myself. Yeah, I’m messed up and I’m in a sort of cold war now with my own body. I’m struggling to figure out who I am beyond my accomplishments and ambitions. I’m broken, but given the fact that I’m a living, breathing human being, I’m not sure why that was such a surprise to me. My own mortality and own sense of the power of my own will and ambition are challenged sometimes daily now, but in some ways, it feels like I’m just finally getting really honest with myself about some fundamental truths:

I’m not in control, and I never really was.

No matter what’s broken or screwed up, I never have an excuse not to accept and share what grace I find to the best of my imperfect ability.

This series of reflections will continue during my trip through October 15th and beyond that, at least for a while. I’m posting daily photos and real-time updates on my Instagram, Twitter, Facebook author page and personal page. And finally, I’ll be posting a series of audio diaries about my daily experiences here as I can get them edited and posted, (internet, time and personal energy all willing). They’ll appear first on our Homebrewed CultureCast feed on the Homebrewed Christianity site, on our iTunes feed and embedded in posts here.

I invite you to follow along in your own way, to consider where your own strength can emerge, has, or already is emerging from the broken places in your life. Scream and yell at God if you need to. Run and hide for a little while, but then get back up and try again. And again. And again.

We’re a people of hope, and with the capacity to love in spite of ourselves. For that reason, I hang on to a sense that something we call “God” in its various, sometimes inscrutable, forms is real, whatever that means.

If I figure it out I’ll let you know, at which point you’ll know the seizures have offered me blissful delusions of grandeur. If that happens, just give me a pudding cup, pat me on the head and put me by a window. Till then, I’ll keep looking, and I hope you will too. 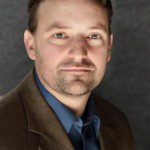 October 5, 2016
Bully Karma and Church as Sanctuary
Next Post 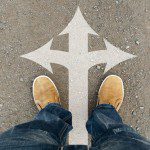