Maura Byrne, Nicole Kidman, and Twitter: A Story of Initiative, Social Media, and a Celeb Who Cares 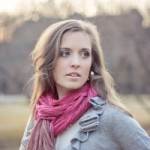 A few months ago, I interviewed Maura Byrne, a young woman who started a ministry called “Made In His Image” which offers support and counseling to women who have endured eating disorders and abuse. Maura herself is a survivor of both of these devastating harms, and found healing only after a Catholic therapist approached her issues from a physical, emotional and spiritual perspective. (Read the full story here.)

“Made In His Image” is a new ministry to which Maura is devoting all her time because she needs to raise awareness and money to make it a success (though she’s already helped a good number of women as the testimonials on her blog show). She knew that some kind of celebrity endorsement would be a big boost to her efforts. As a Nashville resident, she’d seen Nicole Kidman around town because the Academy Award-winning actress is married to country music star Keith Urban. ‘Wouldn’t it be great to get Kidman’s endorsement?’ Maura thought. She decided to approach her through Twitter. What happened next is pretty cool.

Read Maura’s blog about it for the full story.

June 28, 2012
Prayer for Those Suffering in Natural Disasters
Next Post

The Demand to Open Churches Is...
suspended in her jar
Related posts from Christopher Closeup 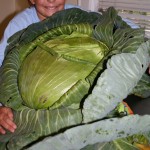 Catholic
A Nine-Year-Old Girl, a 40-Pound Cabbage, and the...
Christopher Closeup 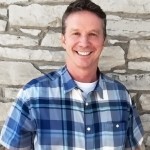 Catholic
Pint-Sized Prophets Who Teach Us We Are All...
Christopher Closeup
TRENDING AT PATHEOS Catholic

Who are the Patheosi in your Neighborhood?
Personally, one of the things that bothers me more than anything else...
view all Catholic blogs
What Are Your Thoughts?leave a comment
Copyright 2008-2020, Patheos. All rights reserved.