Leading the Individual Into His Own Maturity: Dietrich Bonhoeffer on True Leadership

Leading the Individual Into His Own Maturity: Dietrich Bonhoeffer on True Leadership October 22, 2012 Tony Rossi 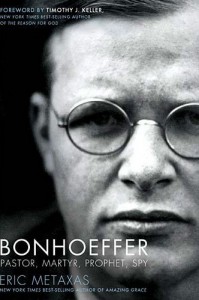 Dietrich Bonhoeffer – the Lutheran pastor who was martyred during World War II for working against the Nazis – wrote extensively on topics like Christian theology and effective spiritual practices. In light of his unique perspective witnessing Hitler’s rise, he also addressed the nature of leadership and the seductive lure of power.

Though most of us primarily think of world leaders or corporate titans as having power, the truth is that many ordinary individuals possess it to a smaller degree – and that small amounts of power don’t preclude giant-sized egos. Whether it’s a member of a city council, a religious leader in charge of a congregation, a coach or teacher in charge of young people, or one of the many other forms of leadership possible in our society, many individuals can lay claim to positions of power and be challenged by Abraham Lincoln’s statement, “Nearly all men can stand adversity, but if you want to test a man’s character, give him power.”

Bonhoeffer’s words about true leadership, therefore, are appropriate for anybody. He certainly had Hitler in mind – and political leaders in general – while writing the passages below, excerpted by Eric Metaxas in his Christopher Award-winning biography, “Bonhoeffer: Pastor, Martyr, Prophet, Spy.” Metaxas explains, “Real leadership derived its authority from God, the source of all goodness. Thus parents have legitimate authority because they are submitted to the legitimate authority of a good God. But the authority of the Fuhrer was submitted to nothing. It was self-derived and autocratic, and therefore had a messianic aspect.”

In light of that specificity – and despite it – we can each learn something about political and personal leadership from Bonhoeffer’s words:

If [the true Leader] understands his function in any other way than as it is rooted in fact, if he does not continually tell his followers quite clearly of the limited nature of his task and of their own responsibility, if he allows himself to surrender to the wishes of his followers, who would always make him their idol – then the image of the Leader will pass over into the image of the mis-leader, and he will be acting in a criminal way not only towards those he leads, but also towards himself. The true Leader must always be able to disillusion. It is not just that this is his responsibility and real object. He must lead his following away from the authority of his person to the recognition of the real authority of orders and offices…He must radically refuse to become the appeal, the idol, i.e. the ultimate authority of those whom he leads…He serves the order of the state, of the community, and his service can be of incomparable value. But only so long as he keeps strictly in his place…He has to lead the individual into his own maturity…Now a feature of man’s maturity is responsibility towards other people, towards existing orders… 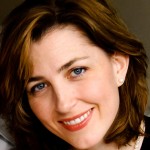 October 24, 2012 Marines in "The Middle" - and Honoring War Veterans in Song
Recent Comments
3 Comments | Leave a Comment
Browse Our Archives
get the latest from
Catholic
Sign up for our newsletter
POPULAR AT PATHEOS Catholic
1