One Child and One Miracle at a Time 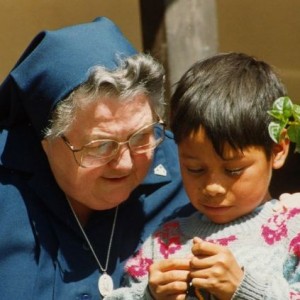 Sister Mary Rose McGeady passed away toward the end of the summer, and kids everywhere are the poorer for it. So are we all, in fact, because Sister Mary Rose took a vital institution and almost single-handedly pulled it back from the brink of ruin. That institution was Covenant House, and Sister Mary Rose made it work again by sheer determination.

“There is no greater joy,” she once told an interviewer, “than to see a kid come in homeless, cold, hungry, dirty and then that same kid a few weeks later–cleaned up, smiling and hopeful. I believe that is what Covenant House is all about…one child and one miracle at a time.”

Sister Mary Rose worked an astounding number of miracles in her lifetime. A member of the Daughters of Charity of St. Vincent de Paul, she was 84 when she died. When she came in for her Covenant House interview in 1990, she had spent a full career in child care and was 62 years old. One could hardly blame her if she was less than sure of what to expect.

I was working then for the man who would conduct the interview–Cardinal John O’Connor of New York. I remember his grave concern when the former priest-director was forced to resign, and how the cardinal had named two outstanding New York priests–Msgr. Tim McDonnell (now Bishop of Springfield, Mass.) and the late Msgr. Bill Toohy–to serve as interim directors and do their best to hold Covenant House together.

Then came the interview–and Cardinal O’Connor, in short, was wowed. He had no trouble convincing the Covenant House board to approve her appointment, and Sister Mary Rose went straight to work. By the time she retired in 2003, Covenant House had (to use the words of Catholic News Service) expanded its reach dramatically, opening new crisis centers and residential programs. Today the organization reaches 57,000 children and youth in six countries each year.

Sister Mary Rose’s retirement wasn’t all that quiet, nor was it entirely divorced from Covenant House. She kept on lending “the kids” her love, and she kept on writing letters. We received one of them a few days before she died, and in it she told the story of Kathy, a girl who had landed in a Covenant House crisis center. Sister Mary Rose reported that Kathy was never without one of her few possessions: a little aluminum paint can. After some time, and persistent questioning, Kathy revealed its contents: the ashes of her mother–the woman who had abandoned her at birth, who remained apart as Kathy grew up in a series of foster homes, and who ultimately was dying of AIDS as Kathy, at long last, sought her out.

How fitting, I thought, that Sister Mary Rose’s final written memory was a classic tale of forgiveness, and that her last thoughts were of Covenant House and its kids.

“I looked on myself as a healer,” she said in that long-ago interview, referring to the days when she assumed the reins of a then-dying institution. “I said, ‘God, if you want this place to go on, you do it.’”

Together, they sure did.

November 29, 2012
Serving God in Possible Things: A Saint's Advice on Dealing with Anxiety
Next Post 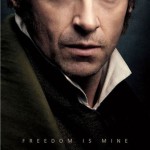