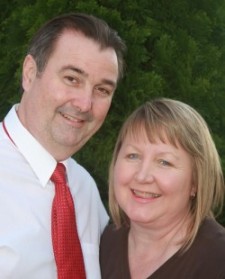 David and Mercedes McBride Rizzo came by that truth first hand when their daughter Danielle was diagnosed with autism at age four. Not only did this affect how they would give her a regular education, but also how they would raise her in the Catholic faith which meant so much to them.

There wasn’t any material at the time which could point them in the right direction, so the Rizzos paved new ground themselves. To share what they’ve learned, they recently authored the book “Spiritually Able: A Parent’s Guide to Teaching the Faith to Children with Special Needs.” 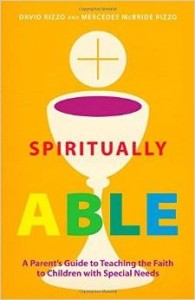 During an interview on “Christopher Closeup,” David and Mercedes told me that they weren’t sure Danielle would even be able to take part in the sacraments. The odds sometimes seemed “insurmountable.” And there were few materials at their parish for a child who wasn’t able to read. The one thing they did have going for them, though, was that their church was “very welcoming and willing to help us.”

When I asked them what priests and parishioners in general can do to enhance that spirit of welcome, David said, “They need to recognize that the parents of children with special needs who are coming to their church want the parishioners to feel comfortable around their children. [We] also want them to know that we’re not being bad parents when our children [misbehave] or make noise or don’t seem focused. That’s part of the disability; it’s not a sign of their irreverence. That gives us the opportunity for the child to learn the expected behaviors. And they will because children with disabilities do learn. It is extremely possible for them to learn to attend Mass, sit through Mass, participate, and become an active participant in the faith.”

One of the methods that helped Danielle was reinforcement learning, which involves giving a child something they like when they do something right. It can be as simple as verbal praise, but it works.

In addition, the Rizzos created a booklet called “My Picture Missal” because “kids with autism do really well with pictures. The first picture on the page was the picture of what you should be doing with your body, whether you’re standing, sitting or kneeling. Then the second picture was what’s going on at the altar at that moment. That gives the child the visual cue for what’s expected of them. Once that worked for Danielle and clicked, suddenly she realized, ‘I’m here for a reason, there’s something important happening.'”

Getting to that point took a lot of trial and error over several years, including bringing Danielle to church when there was no one in it so she could get acclimated to the space. But the point is, the hard work paid off and she was able to receive her first Holy Communion at the traditional age.

David and Mercedes taught Danielle the difference between ordinary food and Communion by creating a puzzle that showed a picture of each along with a picture of Jesus. Danielle came to connect Communion with Jesus and realized there’s something special about receiving this unique form of bread. Then they taught her how to receive it reverently. They also put together an adaptive First Eucharist preparation kit to help other parents along the same road.

At one point, someone suggested Danielle shouldn’t receive Communion. David said, “It was a well-meaning thing. They thought, ‘Danielle doesn’t need to receive Communion because she’s already holy in her own way.’ But parents don’t want to hear that. The sacraments are a way of participating in the Sacred Mystery. It’s our way of learning about God, of knowing God, and experiencing God. And children with special needs have that ability and as human beings, that right, to experience God. The sacraments, especially the Holy Eucharist, is the primary way in which we experience the reality of God in our lives.”

Mercedes added, “In Mass, when the host is held up and [the priest says], ‘Take this, all of you,’ we knew that Danielle was part of that ‘all.’…We knew she was going to receive graces from those sacraments in her life, and we’ve seen her behaviors and so many things get better since she has been able to receive the sacraments.” 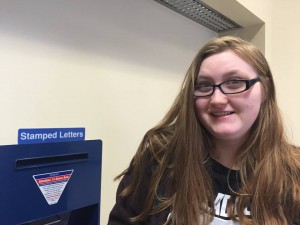 Beyond the sacraments, David and Mercedes have also taught Danielle about acts of service. She’s donated her hair to Locks of Love and helps with the donations of goods when there is a local charity drive of some sort. Mercedes also helped Danielle perform an unexpected act of service in a more personal way.

She said, “[Danielle] was in the supermarket with me, and a lady came up behind her in a motorized shopping cart. Normally, if you look at Danielle, you kind of get the sense that she wouldn’t be the person that you’re asking for help. But this woman said, ‘Excuse me, I need your teenager to help me.’ She wanted Danielle to unload her shopping cart for her. The gifts of the spirit were rolling through my head, and I realized that this was a perfect opportunity for Danielle to give of herself. So I said, ‘She will help you, and I will help you, too.’ I had to prompt [Danielle] – ‘Put the bread up on the counter’ – but when it was over with, I was filled with wonder and awe, and I think everybody there was, because she was able to do that. She was so happy, too. She was smiling and so happy to be of service! I think we forget sometimes, that folks with special needs love to be of service to others.” 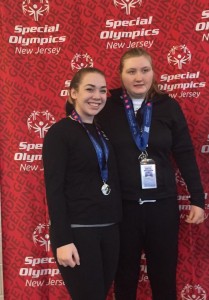 Danielle’s self-esteem is being built in other ways as well. Now a teenager, she is part of a Special Olympics program and has become a good figure skater. David observed, “She is so happy and proud of her accomplishment when she does her routine. She also gets to work with typical kids of her same age group. In fact, a girl she works with now is in her school, so there’s this wonderful peer relationship that develops between the kids who are coaches, so to speak, and the children with special needs.”

David and Mercedes have learned a lot from being the parents of a special needs child and they wouldn’t change a thing. Mercedes said, “I’ve developed an even deeper sense of compassion and I think that has also spread to our other children.”

David concludes, “You learn this amazing appreciation for all people, even people who, in the past, wouldn’t have been on your radar…I would never have expected myself to be the father of a child with special needs. I never would have placed myself in that position. But once I was in that position, I found out that God really knew best, because here was an opportunity for me to develop into the best person that I could develop into. [Taking] an active role in her life sent me in so many directions. So that’s the biggest life lesson I learned: that when you find yourself in a situation, you have to trust that you’re there for a reason.”

(To listen to my full interview with David and Mercedes McBride Rizzo, click on the podcast link:) 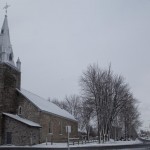 April 16, 2015 VIDEO: Father Jonathan Morris Says Taking Care of Elderly is Like Taking Care of Jesus
Recent Comments
0 | Leave a Comment
"What was the name of the gentleman you were speaking to on CHristopher Closeup Sunday ..."
Katie Raggio Hossley Jimmy Kimmel Deserves an Emmy For ..."
"What a great article! Always loved the chracter and how it was developed from the ..."
Rick Malloy, S.J. The Catholic Church (and the Jesuits) ..."
"I loved the show and Father Francis John Patrick Mulcahy S.J played by the actor ..."
Fr.Ed Wade,CC The Catholic Church (and the Jesuits) ..."
"What a great tribute to a fine actor. As a Catholic I was never more ..."
RajunCajun The Catholic Church (and the Jesuits) ..."
Browse Our Archives
Related posts from Christopher Closeup