How Buying Underwear for Christmas Can Support Adoptive Families 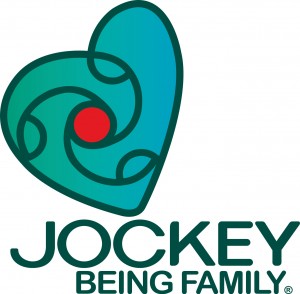 The amount of catalogs and advertisements I get in the mail always increases the closer we get to the holiday season. However, one of the ads I received this past Saturday stood out because of its charitable focus. It was a mailing for Jockey underwear which mentioned that one percent of all purchases would go toward the company’s program Jockey Being Family, which supports post-adoptive services. I’d never heard of this so I went to their website and learned:

Jockey Being Family is our company’s commitment to help strengthen adoptive families for successful futures. We couldn’t think of a better way to reflect our brand values than by supporting newly adoptive families in a time when they need it most – during the critical period following an adoption. Through partnerships with leading nonprofit organizations, we provide adoptive families the support, resources and services to help them stay together- forever.

After doing a little more research, I found that there’s a personal reason behind the company’s focus. As a 2009 article in the Milwaukee Journal Sentinel explained:

Even as a young child, Debra Steigerwaldt Waller knew how lucky she was to have a loving family. But she didn’t realize the full impact of where she had landed until later in life.

Adopted as an infant into the family that owned Jockey International Inc., Waller today is chief executive officer of the Kenosha-based underwear company. And she has made it a company goal to support and promote the work of adoptive families.

“I know the Lord put me here for a reason,” Waller says. “The stars were aligned.”

Waller said she didn’t learn she was adopted until she was in third or fourth grade.

“You didn’t speak about it,” she said. “There was a stigma to being adopted.”

She was aware as a child that her grandfather, Harry Wolf Sr., owned a company called Jockey. Her father, William Steigerwaldt, owned a construction company. Her mother, Donna, became chairman and chief executive at Jockey in 1978, two years after Wolf retired.

Waller became chairman and CEO of Jockey in 2001, after her mother’s death. She soon began looking for a charitable cause for her company to support, and given her personal history, adoption was an obvious choice.

The company’s adoption-support initiative, Jockey Being Family, was launched four years ago.

“In my mind, every kid should have a home,” Waller said.

But many don’t. There are 115,000 children in U.S foster care systems who are ready to be adopted now, Waller noted.

The Dave Thomas Foundation for Adoption, started in 1992 by the late founder of Wendy’s restaurants, funds adoption recruiting efforts. Waller sits on the Dave Thomas board of directors, and she felt that Jockey could complement Wendy’s efforts by focusing on helping families to be successful with their family life after adoptions, particularly those who adopt children from the foster care system.

“About 12 to 15% of those families ultimately fail,” Waller said. “The kids go back into foster care.”

Jockey Being Family works with two agencies to provide post-adoption support for families: Adoption Resources of Wisconsin and the North American Council on Adoptable Children.

As part of that effort, employees set up a room off the company cafeteria to serve as the headquarters for their Jockey Being Family work. Shelves are stacked with handmade blankets, games, crayons and bears for children who will be placed in adoptive homes. Favorite colors and interests are taken into account, so a kid who likes cars, for example, may get a blanket with an auto design. The items are delivered in backpacks personalized with the child’s new initials.

Some Jockey staffers and other volunteers in Kenosha make the blankets. Jockey employees stop in when they can spare some time to assemble the backpacks, and they are delivered by Adoption Resources staff members to the adoptive families.

“It gives our staff a reason to contact families with post-adoptive services,” said Marilyn Boeldt, director of development and communication for Adoption Resources. By the time a family has been through all of the screening processes in advance of the adoption, they’re often tired of being a case number and might not seek post-adoption advice that could help the family adjust, Boeldt said. The backpack visit gives ARW a chance to offer contact information for support.

“Parents who get backpacks use more post-adoptive services,” Boeldt said.

Jockey provides funding to the Council on Adoptable Children for training for parent support groups nationwide, and also gives money to Adoption Resources to help fund the agency’s educational conferences for adoptive parents.

“We’ve always done this,” Boeldt said of the conferences. “But now, because we have this funding, we can bring in national speakers.”

To date, the company has donated $1 million to adoption causes, Waller said.

Jockey also has established adoption benefits for its U.S. employees who adopt a child.

You can read more of the story here.

While it’s true that most kids (and some adults) dread getting underwear for Christmas, sometimes it’s a necessary gift. If that’s the case, it’s good to know that a company like Jockey is doing something positive with its profits and creating an environment for employees that promotes bringing love to kids who often feel unwanted.

November 5, 2015
Chris Christie: I'm Pro-Life for the 16-Year-Old Girl Addicted to Heroin, Too
Next Post 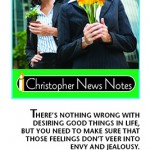 November 12, 2015 Overcoming Envy and Jealousy
Recent Comments
0 | Leave a Comment
Browse Our Archives
get the latest from
Catholic
Sign up for our newsletter
POPULAR AT PATHEOS Catholic
1