The following is the text of the Christopher News Note “Overcoming Envy and Jealousy” (which was written by a freelancer). If you’d like a pdf or hard copy, see the end of this post:

There’s nothing wrong with desiring good things in life, but you need to make sure that those feelings don’t veer into envy and jealousy. Webster’s Dictionary defines jealousy as “an unhappy or angry feeling of wanting to have what someone else has.” Shakespeare called it a “green eyed monster” for its insidious effects on the soul. Envy can lead us to commit grave injustices against others.

So are there ways to move beyond these destructive emotions to a healthier state of mind? Of course. Let’s start by looking at some wisdom from Scripture.

Root of the Problem

In the second book of Samuel, the prophet Nathan tells the story of a rich man with abundant flocks and herds—and a poor man with only one lamb that he cared for like his own child. Eventually, the rich man grew envious of the poor man and began to covet his beloved lamb. Finally succumbing to his own disordered passions, he stole the lamb and had it slaughtered for a feast.

This story exemplifies how irrational the sin of envy can become. It isn’t based on an ordered desire for the good but rather a fixation on drawing comparisons between ourselves and others; and it is this destructive spirit of rivalry that is at the heart of envy and jealousy. When we measure our happiness by what others have, we will always find ourselves lacking, even when we are well provided for.

In Matthew 6:28-29, Christ tells us to have confidence in the providence of God: “Consider the lilies of the field, how they grow; they neither toil nor spin, yet I tell you, even Solomon in all his glory was not clothed like one of these.” This is the attitude we must have towards possessions of this world in order to be freed from the bondage of immoral desires. We should also remember that God not only provides for our needs but that He often allows us to do without certain things so that He can bring about a greater good in our lives.

Consider the difference between the poor man and the rich man in the prophet Nathan’s story.We are called to emulate the poor man with the lamb and have the same spirit of appreciation for the gifts bestowed upon us. How blessed he was and how unfortunate the rich man who could not appreciate all he had in life. Christ said, “Blessed are the poor in spirit, for theirs is the kingdom of heaven.” He said this not because it is bad to achieve success in this world but because a spirit of poverty will enable us to avoid becoming consumed by unhealthy comparisons to others. It is only in this way that we can live in a state of love for God and appreciation for all we are given.

From Envy and Jealousy to Holiness

In one of his weekly addresses before tens of thousands of pilgrims gathered in Saint Peter’s Square, Pope Francis said, “A jealous heart is a bitter heart, a heart that instead of blood seems to have vinegar,” and he ascribed such a disposition as being the cause of much violence in the world. “It dismembers us,” he said. “It is the beginning of war. War does not begin on the battlefield: wars begin in the heart, with this misunderstanding, division, envy, with this fighting among each other.”

Referencing efforts of the Apostles to heal divisions within the early Church, the Pope noted that Saint Paul offered “practical advice to the Corinthians that can apply to us.” Summing up Paul’s words, Francis said, “Do not be jealous, but appreciate the gifts and the quality of our brothers and sisters in our communities.” Francis added that jealousy and envy hold us back from expressing the gratitude we owe to God, even for that which is given to our neighbor.

With this message, Pope Francis directs us away from the petty rivalry at the heart of envy and jealousy and towards a way of living in communion with people of good will. When we abandon meaningless comparisons to others, we are freed to delight in everyone’s talents and focus on building up family and community by sharing our gifts with those in need. When we do that, those gifts will come back to us a thousand fold because we are all made stronger by a spirit of generosity.

In another sermon, at the Casa Santa Marta guesthouse, where he lives in community with other Vatican religious, Pope Francis described Saint Martin de Porres, whose feast fell on that day, as a model for those struggling to overcome the spirit of rivalry in their lives. Calling Saint Martin “a humble Dominican friar,” Francis said: “His spirituality was in service because he felt that all the others, even the greatest sinners, were superior to him.”

To live in a state of humility is to live without envy or jealousy in our hearts and this is the road the saints have always tried to walk. By battling against irrational desires, they not only journey towards holiness for themselves, but they lead others along the same path.

A superficial look at our society might lead one to believe that envy and jealousy are the most dominant forces in the world today. Advertisers are constantly convincing us to buy things we don’t really need. Politicians and pundits incite us to envy the success of others in order to gain more power over us. These influences lead to a cycle of unhappiness and resentment.

Our reality, however, can be much different if we choose to make it so, if we choose the powerful forces of love, mercy, sacrifice, and forgiveness. Those who put the power of these graces into action are the ones who truly shape our world for the better.

One saint who has not grabbed many headlines over the years is Saint Elizabeth of Portugal, who lived in the late 13th and early 14th centuries. Married to King Denis of Portugal, Elizabeth was given good reason to experience jealousy due to her husband’s unfaithfulness.

Rather than allowing herself to be dragged into the swirl of negativity that such conflicts entail, Elizabeth devoted her life to education and works of charity. She was known to wash the wounds of lepers and personally oversaw the construction of a hospital, an orphanage, a convent house for the Poor Clare Nuns, and a number of churches that stand to this day.

As wife and queen, Elizabeth constantly appealed to her husband’s better side, and they worked together to create a just society, establishing fair laws, transforming agriculture, and working to increase literacy. King Denis wrote poetry and in his writings he expressed contrition for his faults as well as great admiration for Elizabeth. He held his wife in such high esteem that he asked her to educate his illegitimate children, which she agreed to do because she saw God in all people. Whenever she was complimented for her benevolence, Elizabeth was known to repeat the refrain, “God made me queen so that I may serve others.”

Elizabeth and Denis had two children together. Their son, Alfonso, eventually grew jealous of one of Denis’ illegitimate sons, and led a revolt against his father. Elizabeth strove valiantly to mediate peace between Alfonso and Denis, at one point coming between their armies on the battlefield. At the end of Denis’ life, Elizabeth stayed at his bedside, helping him towards a holy death. She is the patron saint of victims of those trying to overcome jealousy, whether it is in their own hearts or directed at them by others.

Through her example, Elizabeth demonstrates that the cure for envy and jealousy does not depend on being treated fairly in life but rather on living by a spirit of mercy, sacrifice, and forgiveness. We must begin by forgiving others for their slights against us or for the unfairness it seems has befallen us when we draw comparisons with them.

In this way, we can live in a manner that breaks the cycle of evil in the world and allows us to move beyond our hurts, regain our joy, and act with mercy towards all people.

Steps to Overcome Envy and Jealousy

1) Gratitude for the gifts bestowed upon us independent of comparisons to what other people have.

2) Humility to understand that we do not always need to occupy the highest status in society and be rewarded more than or even as much as others. The saints make a point of practicing humility so they are better able to appreciate the gifts of others. Recognizing the talents of others and their worthiness to be rewarded is a sign of holiness.

3) Christ said, “The last will be first, and the first last,” and it is this spirit of sacrificial living that will help us draw closer to God. Rather than being consumed with measuring what we have, we should aim to draw closer to God by abandoning our own cares in favor of the good of others.

4) Forgiveness is a powerful antidote to the insidious effects of envy and jealousy because it helps us get beyond the slights, unfairness and cruelty that can lead to a spirit of rivalry.

5) Trust in the providence of God and know that the right circumstances and rewards await us when we greet the world with loving hearts.

To receive a pdf or mailed copy of “Overcoming Envy and Jealousy” – or to subscribe to Christopher News Notes via email or snail mail – send your request to radio@christophers.org

November 9, 2015
How Buying Underwear for Christmas Can Support Adoptive Families
Next Post 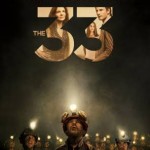