March 1, 2016 by Tony Rossi
0 Comments
Save Your Parents from the Perils of Modern Healthcare – and Develop Empathy Along the Way March 1, 2016 Tony Rossi 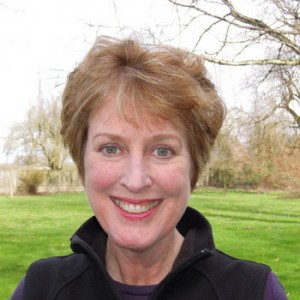 “All human life deserves respect, yet I think most of us in this country and our world have forgotten or overlooked a large and often voiceless section of our community: frail, older persons.”

Marcy Cottrell Houle learned that lesson first-hand after walking through Alzheimer’s with her father, George – and various other maladies with her mother, Margaret – over a period of 14 years. As she recalls in her book “The Gift of Caring: Saving Our Parents from the Perils of Modern Healthcare,” her father was literally “forgotten” and “overlooked” once, after being transferred to a particular nursing home after hip surgery.

He was placed in a room that was separated from the rest of the unit and, as a result, no one had made a record of him being there – and he didn’t receive any medication or water for close to a day. If it wasn’t for Marcy’s quick action to get help after seeing him in a such a bad state, he would likely have died.

That was just one incident of many in which the healthcare system almost failed Marcy’s parents, but this book isn’t about cursing the darkness; it’s about raising awareness and offering readers the light needed to avoid those pitfalls.

During an interview on “Christopher Closeup,” Marcy explained, “Co-writing [this book] with Dr. Elizabeth Eckstrom, who is one of the nation’s leading geriatricians, made my story so much more than a memoir…It provides the tools I wish I had, what I wish I’d known, tools that can help people reduce the suffering of their loved ones and hopefully even change the system.”

Marcy’s father used to be a positive part of that system as an orthopedic surgeon. In the 1950s, he founded a program for children with disabilities at Oregon Health and Science University. And when Marcy was a child, she remembers him visiting nursing homes to take care of residents’ feet free of charge.

That energetic and giving spirit reflected the Cottrell’s personal lives as well. Both George and Margaret were healthy and active even in their 70s when they canoed down the Yukon River. They also remained “very much in love their whole 61 years of life.” Marcy and her mom didn’t lose sight of who George was, even when he suffered with Alzheimer’s.

Marcy said, “When people get sick or get dementia, they’re often written off by the community or the whole system. Living through it as I did, it’s sad and scary to see some of these changes. But the more you get to know them, you start to realize that they still are human beings. They still deserve a sense of dignity, and they still deserve our care.”

Marcy’s background as a biologist gave her a unique perspective on this: “In my training, I had a great teacher once that looked at ecosystems. He said, ‘When you look at ecosystems – say, a forest – don’t just [see] what it looks like today; that’s a snapshot. Train your brain to see what it was before, leading up to this, and afterwards.’ So I always thought of that, to train my brain to think, ‘This is not the whole person I’m seeing. The whole person is a lot more.’ And, as I learned even with Alzheimer’s, there’s still an emotional understanding [patients] have. Even to the point of death, you can connect with them on an emotional level. And as I look at pictures of my parents who still loved each other all the way through, I realized Alzheimer’s doesn’t mean an ending to a love story.”

One of the other things Marcy learned – and on which Dr. Eckstrom elaborates in “The Gift of Caring” – is to educate yourself about specifics of your parents’ health because “97 percent of medical students do not take a single course in geriatric medicine.” In other words, many doctors aren’t trained to treat the unique needs of seniors. They often attribute symptoms to “old age,” when they’re anything but.

Marcy said, “You need to understand the right medical terminology. Be able to say, ‘This is not my mom’s baseline,’ and then have a certified document to prove it. You need to say, ‘These are the activities of daily living that my loved one can do.’ [You] need to be able to say, ‘This drug is on the Beers List.’ This is a big one that I think most people don’t understand. The fourth leading cause of death in seniors is called polypharmacy, which is too many drugs. What happens is that people go to one specialist and another and another, and then they get plied with a lot of drugs. What I saw with my mom at one point, she was confused and weak and tired. I thought, ‘She’s just getting old.’ Finally, we were blessed that she could see a wonderful geriatrician, who looked at her medical list and [said], ‘We’re gonna get rid of this drug and this drug and this drug. These drugs are on what’s called the Beers List. The American Geriatric Society has a list of all the drugs seniors should not be on, but are routinely prescribed.’ After all those drugs were gone, my mom perked up, her energy level went up, her cognitive abilities went up. It’s a big deal! But people don’t know what that list is.”

While caring for her parents brought obvious hardships, Marcy still considers the experience a blessing. She did, after all, title the book “The Gift of Caring,” not “The Burden of Caring.” She told me, “It was a gift to be able to give back to the people that I loved, who’d taken care of me and loved me.”

Her Catholic faith also brought her “the additional strength I needed. In the hardest of times, it was there. God was at my side and my family was at my side, and we still had that love.”

The caregiving experience also had a positive effect on Marcy’s daughters, Emily and Jennifer. While some people felt sorry for them because they had to deal with these difficult stages in their grandparents’ lives, their involvement made them stronger, more compassionate women.

Marcy said, “I think they learned – we all learned – empathy. They both became doctors and I think they’re better doctors for what they went through. My daughter Emily, when she was in medical school, wrote a beautiful essay about the other side of medicine. She was being trained to look at a patient about a heart problem, and there was a curtain between the other patient in the room. She said she could hear a family talking to the grandfather, kind of like we always used to, cajoling or trying to make him feel better, but she could hear the nervousness. And she said her attention was driven right there thinking, ‘I don’t want to forget what it feels like to be the family when I’m a doctor.’ I think she learned that because of what she went through. She’s empathetic, Jennifer’s empathetic, and it didn’t ruin them! Sometimes, as a parent, I thought it was going to; it didn’t. It made them fine, caring human beings.” 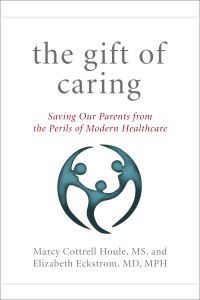 In the end, Marcy hopes that reading “The Gift of Caring” teaches people about the world of modern healthcare and inspires them to action: “You have the power to make things better for your loved ones, for yourself, for your family. Arm yourself and also, get mad! Get mad at a system that forgets these people, get mad at a healthcare system that’s broken! And what can you do, what little candle can you light to try to make it better in your community? Think of that person that’s alone and isolated. Maybe you can drive them to an appointment. Know how to discuss what a baseline is or other healthcare issues. Just be armed so you [don’t] feel lost, but you feel empowered.”

(To listen to my full interview with Marcy Cottrell Houle, click on the podcast link): 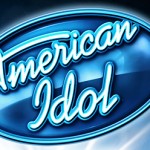 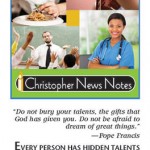