Love Doesn’t Die: A Mother Remembers Her Daughter with Down Syndrome 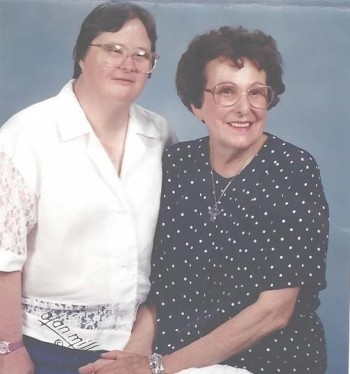 That’s a quote from a letter we received at Christopher headquarters recently from a woman named Jean, and the story she told is one I’d like to share with you.

Jean is a longtime supporter of The Christophers, who found inspiration in our Christopher News Notes. She often quoted them in letters she would write to the sick members of her parish in order to lift their spirits. Today, Jean is living in a retirement facility herself, but she still keeps a stack of News Notes on hand. Her letter to us was prompted by a recent correspondence we sent her mentioning children with Down Syndrome. That’s a topic she knows first-hand, so she decided to tell us about her experience.

In 1950, at age 22, Jean gave birth to Susan, the first of her five children. But she heard the doctor and nurses speaking quietly and sadly, and she wasn’t allowed to see her daughter. The doctor soon told her that Susan was “a Mongoloid,” the term that was used “before Dr. Down found the cause, an extra chromosome.”

Jean recalled, “My husband and I were told to place her in a state institution and tell everyone she died at birth. Days went by and social workers visited me trying to make my husband and I follow the doctor’s orders. The final straw was when they said, ‘Bringing her home would be an injustice to your neighbors, as she will lower the property value on your street.’ My husband and I shed tears and we shared our feelings that this baby was given to us by God, we could not throw her out! We asked my husband’s brother, Father Raymond Rolf—a diocesan priest, what we should do. He went in search of an answer and came back with good news.”

It turned out that there was a group of nuns in the Santa Barbara, California area that raised these children once they reached age five. The reason? Jean was told, “These children require the same care as any baby and should have the loving care of their parents for at least the first five years.”

That information was enough for the doctor to finally release Susan into her parents’ care. Jean said, “When I had her in my arms and was talking to her, she looked at me moving my lips like she wanted to respond and her eyes spoke with love. We knew she would stay with us and not leave us when she was five.”

Jean, her husband, and their children built a beautiful life together. While schooling for children with Down Syndrome didn’t exist back then like it does today, Jean taught Susan quite a lot and she was considered high-functioning. The one thing that came naturally to Susan was showing love and compassion to others.

Susan also enjoyed going to church, said Jean: “She loved music and when the organ began, she had to move – I called it ‘shoulder dancing’ and she never got the message that it was not OK with me. Now, I want to move my feet to some of the songs and think, ‘That’s a Susan thing’ – and realize that maybe her movements were not so bad.”

In 1995, Jean, now a widow, began having some health issues and worried that she might not be around to take care of Susan. She, therefore placed, her in a good facility for people with Down Syndrome, where Susan made friends with the other residents. As fate would have it, Susan was the one who passed away first, but her mother remembers her special child every day.

Jean said, “Susan taught us all many things. At her funeral three years ago, her four siblings stood up at church and said how they learned unconditional love from her…I thank God for the very special experience of having Susan and her brothers and sister who loved her dearly, as she did them. I continue to miss my husband and Susan, but am thankful for the wonderful years we had together. And I believe, ‘Love doesn’t die.’ I feel their love and expect to be reunited with them in Heaven. May the love of God dwell in all our hearts, that we, like [people with Down Syndrome], may share that love.” 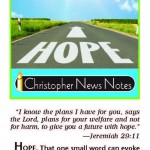 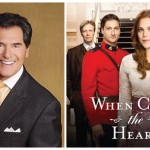 April 20, 2016 Broadcaster Ernie Anastos & Hallmark Channel’s “When Calls the Heart” Win Special Christopher Awards
Recent Comments
0 | Leave a Comment
"What was the name of the gentleman you were speaking to on CHristopher Closeup Sunday ..."
Katie Raggio Hossley Jimmy Kimmel Deserves an Emmy For ..."
"What a great article! Always loved the chracter and how it was developed from the ..."
Rick Malloy, S.J. The Catholic Church (and the Jesuits) ..."
"I loved the show and Father Francis John Patrick Mulcahy S.J played by the actor ..."
Fr.Ed Wade,CC The Catholic Church (and the Jesuits) ..."
"What a great tribute to a fine actor. As a Catholic I was never more ..."
RajunCajun The Catholic Church (and the Jesuits) ..."
Browse Our Archives
get the latest from
Catholic
Sign up for our newsletter
POPULAR AT PATHEOS Catholic
1

Render Unto to Ceasar ... What...
Public Catholic
Related posts from Christopher Closeup