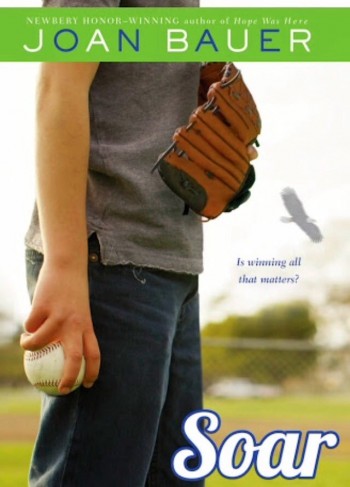 It was just a few weeks ago when the world marveled at the sportsmanship of Olympic runners Abbey D’Agostino and Nikki Hamblin as they tripped and fell during the qualifying round of the women’s 5000-meter race, but supported and encouraged each other to finish anyway. For a while, at least, everyone realized that winning isn’t all that matters.

With schools back in session and youth sports kicking into high gear, is that a lesson that will be remembered?

Well, if tweens and teens (and maybe even their parents) need a reminder, they should turn to two-time Christopher Award winning author Joan Bauer’s latest novel “Soar,” which delivers an entertaining story about our win-at-all-costs culture, while also exploring themes of adoption and autism.

It might seem a cruel twist of fate that a boy who loves baseball can’t actually play the game because of a heart condition, but that’s the case with 12-year-old Jeremiah Lopper in “Soar.” A virus caused him to suffer the life-threatening problem of cardiomyopathy, which led to him undergoing heart transplant surgery at age 10. While he feels blessed to still be alive, he can’t help but mourn the loss of his dream of playing baseball.

Bauer, however, never lets her heroes wallow in self-pity for too long because she knows it’s a dead end. Instead, dreams are adjusted and new roads (or base paths, in this case) are traveled, highlighting the idea that we can still find fulfillment even when life doesn’t go as planned.

For Jeremiah, that new dream involves becoming a coach for a makeshift middle school baseball team in a town recently tainted by a steroid scandal that took the life of a star player.

During a “Christopher Closeup” interview, Bauer explained to me that she feels the question “Is winning all that matters” needs to be addressed because we live in an “age of perfectionism” and “me-ism.” Instead of “doing your best,” youth are often focused on “being the best.” But not every single person can be the best at everything, so when they fall short, it can effect behavior and self-worth. That’s where adults need to enter the picture.

Bauer said, “I think parents have to take our power back and remember how effective a strong role model can truly be. And that role model needs to be us…I think that people have become addicted to winning, and just like a drug, if you get enough of it, you just can’t imagine life without it. Even Little League coaches are acting out of control, and parents screaming at umpires from the stands. In my opinion, we [need to] step back and say, ‘Wait a minute, this is not who we are. Sports is not war.’ We need to go out and teach our kids [about good behavior] the way our parents taught us.”

One of the reasons that Jeremiah realizes that winning isn’t everything is because he has cheated death and knows what’s important. Bauer’s research led her to talk with actual patients who’ve endured that trauma, and one stood out.

She said, “One of the themes in my books is, you don’t necessarily have to be physically strong to be a remarkable, strong person…I wish I could bottle what this [one] kid had inside. She’s the most amazing heart transplant survivor, and she spoke to me for a couple of hours. This kid was filled with faith. She got a second chance to live. By the time you’re on the list to get a heart transplant, you are as sick as you can get. To hear what that was like, to come back from not even knowing she was going to be able to make it, to living this extraordinary life – [that was amazing].”

“Soar” is also notable in the relationship it depicts between an adoptive father and son. Jeremiah was abandoned as a baby in the snack room of the computer company where Walt Lopper worked as an engineer. The note the mother left with the baby indicated that she wanted Walt to find him because she knew he was a good man. Her judgment proved wise because Jeremiah couldn’t have asked for a more caring dad than Walt. He supported Jeremiah throughout his cardiac ordeals, and the bond between them is genuinely grounded in love.

While some might see Walt’s parenting a sick child as a burden, Bauer portrays it as more of a blessing. She explains, “I think that caring is about sacrifice. Yet you hear the word ‘sacrifice’ and you think, ‘Oh, it hurts, it hurts, it hurts.’ I believe caring for a person is trying to see who God made them, what they have inside, and then caring enough to want to move along side and say, ‘I want to help whatever is inside you to come out, to see the beauty that can come through so many different kinds of experiences.’…[Walt] sees that muscle in Jeremiah of hope and determination and inspiration and wanting to help other people – and he keeps working that.”

While the focus of “Soar” is on Jeremiah, there’s another character who plays a major part in the story: Benny, who is on the autism spectrum. Benny comes to be an important part of Jeremiah’s staff, despite facing his own challenges. But just as Walt sees Jeremiah’s strengths and develops them, Jeremiah sees Benny’s strengths and builds on them.

Again, this insight stems from Bauer’s life. She said, “I have a friend who has a severely autistic [daughter], now a young woman. To watch her find the gifts in her child and fight for those has been an amazing experience. I spoke with her about this book. I spoke with a lot of teachers, a lot of therapists…I found in some ways that Benny brought out this beauty in baseball, because it so absolutely delighted him. He was terrible, he couldn’t even catch a ball. Yet to be able to be out there and cheer for a team after something horrible had just happened, Benny was this amazing voice that talked about the beauty of being positive and being loving.”

In essence, Jeremiah, Benny and other characters are allowed to “Soar,” as the book’s title – and image of an eagle on the cover – implies. Though the Bible quote isn’t in the book, Bauer said that the words from Isaiah 40:31 were written across her heart as she was writing the story: “Those who wait upon the Lord shall renew their strength. They shall mount up with wings like eagles. They shall run and not be weary.”

Faith does, however, make appearances in the story through characters from different religions, including a Catholic nun, a Lutheran minister, and a rabbi. It’s also inherent in the way her characters live, says Bauer, because “God has hardwired us all to fall down and get back up, for grit. I love to show that…The core of faith is about love. How do we show love? It’s certainly through sacrifice, it’s certainly through caring, but it’s about moving alongside people who are different than we are, and just giving ourselves again and again and again.” 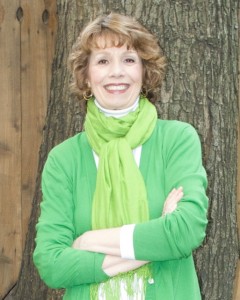 In closing, Bauer tied her hopes for people who read “Soar” to the Christopher message of lighting a candle rather than cursing the darkness: “I hope that people will use this novel to grapple with issues of cheating and this over-emphasis on winning. I hope that they will use it to have conversations with the young people in their lives, because I call books ‘weapons of mass instruction.’ With regard to lighting a candle, sometimes we forget how powerful that is. We lost power here a few months ago, and it was cold, and I got sick, and I was crabby, and I had one candle. I lit it in my living room, and boy, did that make a difference! I thought about The Christophers, and so I did want this book to be a candle lit in the midst of so much jockeying around of not being honorable. Here’s this young boy who steps out into a town in the midst of a scandal and says, ‘We can be better than this.’ I also hope when adults read it, it has got a little bit of a message saying, ‘Hey folks, the kids are watching. Let’s show them the better way that we all really know inside.'”

(To listen to my full interview with Joan Bauer, click on the podcast link): 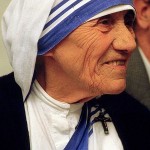 September 6, 2016
Priest Who Knew Mother Teresa Said She Believed It Was Better to Light One Candle
Next Post 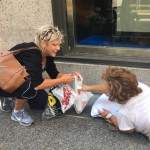