The Problem With Purity Culture

As a young Catholic, I experienced much of what Evangelicals refer to as legalism. I believed that I could attain salvation simply by following the rules. Before I reverted back to the Catholic faith, I regularly attended a church with historical Plymouth Brethren roots. Depending on which of the sister-congregations I attended, the environment had varying degrees of conservatism. While I have every reason to be grateful for my friends who led me to faith in Jesus, I’ve noticed an underlying issue lingering beneath the surface of Christian culture, Catholic and Protestant alike.

This dark underbelly is what some call purity culture.

When it comes to Christianity, we base our morality on the teachings of Jesus and the Apostles from the Bible. But given the vast diversity of thought among Christian denominations, sometimes the degree of moral standards depends on the issue. Although the Bible teaches us idolatry, drunkenness and adultery are sins, ¹ the methods of how church communities condition their followers to avoid them varies upon denomination and biblical exegesis.

While Catholics tend to be more relaxed with alcohol use, many Evangelical churches either frown upon or profusely prohibit it. Some groups have even gone as far as replacing wine with non-alcoholic grape juice for their communion services. Although the Bible warns about drunkenness, Jesus Himself turned water into wine at a wedding as one of His first miracles — after most of the wine had run out! ² This would imply alcohol is not inherently evil in itself, but a blessing from God.

While not mentioned in the Bible, smoking is sometimes considered a cardinal sin next to alcohol consumption. Those who oppose it often associate its negative effects with respecting the body as the temple of God. ³ But rarely have I ever seen gluttony or unhealthy eating equally condemned in Evangelical circles, 4 which arguably can have as destructive effects on the body as smoking can.

Playing cards have long been considered a gateway to excessive gambling in some Christian cultures. Many would associate games like poker with the Roman soldiers who casted lots for Jesus’ clothes after He was crucified. 5 Much of the opposition is directed towards ‘face cards,’ but how do board games somehow get a free pass?

Many Christian groups influenced by Puritan values forbid anything you could tap your feet to. Little do many white, ultraconservative Evangelicals realize that the Ancient Jews danced. 6 The Bible even says King David was so happy about the return of the Ark of the Covenant that he danced in his underwear. 7 But somewhere in history, people adopted the mindset that dancing is a horizontal expression of a vertical desire. It’s as though many Christians were conditioned to believe that dancing leads to sex, then you get pregnant and then you die.

Given the level of expectations upon Christian women, it can seem like the weight of their family’s reputation rests upon their ability to be submissive and chaste. This almost renders sexual sin to be unforgivable, especially for women who bear children out of wedlock. I’ve heard stories of young girls who had been secretly coerced into having abortions by their religious parents in order to preserve career opportunities and public image. 8

Modesty, especially among women, is a hot-button issue among ultraconservatives. Much of it seems to stem from the biblical passage about if your eye causes you to sin. 9 I’ve come to believe hyper-obsession with female body presentation somehow prioritized itself over teaching consent, self-control and managing internal passions. This seems to imply men are incapable of controlling their feelings and women are perpetually responsible for them. Such a mindset does a disservice to the integrity of Christian sexual ethics.

Many who have been raised in religious homes seem to have experienced excessive shame for their own feelings. It seems as though religious communities have been more preoccupied with prohibition as opposed to cultivating virtues and teaching how to manage internal passions. The obsession with ‘removing all stumbling blocks’ seems to have put unnecessary onus on those first in line as opposed to making everyone equally culpable. As a result, mass suppression in early life often manifests itself as resentment during adulthood.

In my perspective, it seems the pendulum of western civilization has swung from asphyxiating legalism to hyper-sexualized rebellion, and its fruits are especially evident in what has come out of the Sexual Revolution. This paradigm shift could possibly be the result of a misunderstanding of what God had wired in the very fabric of humanity. 10

But in spite of these negative observations, I’ve learned to appreciate the traditional Catholic pursuit of holiness in its intended form. Men can certainly learn to control their desires with the power of the Holy Spirit and accountability from peers. Chastity is a virtue owed to oneself and God alone, not to serve the egos of others. The ability to appreciate blessings such as food, drink, cheer and even intimacy is achievable through moderation and delayed gratification. 11 Substance abuse, gambling addictions and sexual sins are all forgivable and can be overcome — not through prohibition, but through the grace of Christ. 12

The problem with purity culture is it creates Heaven in its own image. It renders the Church to be strictly an exclusive club for saints rather than a hospital for the broken in spirit. It chokes out divine grace, suppresses free will and fosters a fear of being shamed or ostracized. A culture that only serves the interests of the purist elite is as evil as one without principles. 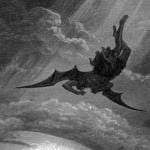 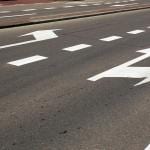