Where Does Progressive Christianity Lead To?

Where Does Progressive Christianity Lead To? March 29, 2019 René Albert

Since I was young, I took great satisfaction in not conforming to the expectations of others. I’ve always had an ongoing desire to go against the grain and fight the status quo. Although being a ‘trailblazer’ was more an act of defiance, it was what I considered a way of being ‘progressive.’

In high school, I was one of the first students to turn 18 and legally buy alcohol. Yet I prided myself in being among a handful of students who didn’t care for getting drunk. By my 20’s, I had experimented with my freedoms enough to realize I actually enjoy beer and the occasional cigar. Most of my social life had revolved around those I met in Bible school and church gatherings where drinking and smoking was frowned upon. Though I wasn’t afraid to hide my enjoyment of these supposed evils.

While many would think this is a sign of progressing into maturity, some ultraconservative Christians consider this a step backwards. In light of this, I developed a huge disdain towards legalism in church communities. One summer, some friends and I used to go out for beer and wings right after weekly Bible study. Our numbers grew as we invited more people to come and join us. After a couple months, the young adults at our church started an alternative gathering — conveniently at the same time as our Bible study and pub meet! Our weekly ritual of Scripture, meat and alcohol quickly phased out as people began to attend the church event instead. There is a chance it might have been just a coincidence this happened. But I remember feeling absolutely blindsided. It was as though their event was deliberately planned to thwart ours just because it happened be in a bar.

Is Religion Putting God In A Box?

This further pushed me to believe the Church could gather anywhere — even at the billiards of a seedy bar. I believed it was our job as Christians to storm the gates of Hell and spread the Gospel – even in the most unconventional ways. If we only limited church on Sundays, what’s stopping us from having ‘church’ anywhere else at any other given day? I had convinced myself that it was ‘progressive’ to stop putting God in a box and placing limitations on where, when and how we can worship Him.

Given this mindset, my desire to wake up at a decent hour to attend a place of worship was nonexistent. By attempting to make ‘church’ something created in my own image for the sake of my own convenience, I had replaced something that was originally commanded by God to be set apart and made holy 1 with something trivial. Granted this, I grew disillusioned with my involvement at the church I had been attending at the time.  I no longer considered myself to be an Evangelical and began to toy with the idea of Progressive Christianity.

One of the most appealing aspects of progressiveness was the openness to new ideas and viewing God from different perspectives. There were times in my life when I grew frustrated with how conservative Christians approached such topics like the environment, evolution, immigration, feminism and abortion. What I appreciated about the intellectual aspects of Progressive Christianity was how taboo subjects could be discussed freely. Faith and reason were encouraged to go hand-in-hand — a quality surprisingly quite rare within the culture of conservative Evangelicalism. It was easy to gripe about those who seemed to care more about their personal theology than people. Therefore, Progressive Christianity appealed to my angst towards legalism.

There were other factors in my life that prompted me to consider such a theological direction. The rigidity of church music conforming to the expectations of the previous generations made me wish my denomination had abandoned those ancient, outdated hymns to draw in a more youthful dynamic. The nitpicking about whether women should wear head coverings or yoga pants, let alone speak during service for that matter, seemed to give feminism more credibility. The stigmatization of mental health and sexuality made conversations with accountability groups even more painfully awkward than already warranted. It was as though struggling with depression, anxiety and chastity was an indicator of insufficient faith. Even cases where marginalized individuals were shunned or turned away from the church made me consider the LGBTQ+ movement’s push for tolerance and inclusivity.

To me, all these areas that seemed to lack social justice were enough reason to desire a push for change. But would it be a change for the better or for worse? Is changing something to suit my own desires such as church, or Christianity for that matter, actually ‘progressive?‘

In recent years, the Church of Sweden had officially decided to take a more gender-neutral approach to the Bible by avoiding to call God the ‘Father’ or the ‘Son.’ 5 Some would argue this approach contradicts the very principles of anti-discrimination. Because Father and Son are considered male attributes, wouldn’t making God genderless be an assumption of who He identifies as?

Some even speculated advances in science and technology have enabled us to become immortals and keepers of our own destinies. We could create a futuristic utopia where humans are lab-grown 6 and would no longer need sex to procreate 7, but at the expense of surrendering our human freedoms to become more like machines. 8

If we as Christians want to be progressive, shouldn’t this mean we should strive to be more Christlike? Not more worldly or machine-like?

Typically when I would run into issues of theology, I would ask for a second opinion as the Ethiopian eunuch inquired with Philip in the Bible. 9 But because I have such a vast network of Christian friends from various backgrounds, I would get a different response from almost every single person – especially on divisive topics such as baptism and communion. I would tell myself that this was the Holy Spirit working within these people to give me answers but I often grew disappointed and frustrated with the inconsistency of perspectives. I felt I was left to my own devices to draw my own conclusions, which was what I liked about Progressive Christianity.

The problem with relying on our own understanding with Biblical interpretation is it leaves us with an unstable foundation. 10 While it’s easy to say we don’t conform to worldly views, it’s just as easy to ironically conform to non-conformist group-think. 11 Priding ourselves for not being put in a box can be the result of not basing our personal theology on truth, but on what we like and don’t like. 12

But this only led me down further rabbit trails in my brain about what the nature of truth really was. I came to a crossroads when I had to rethink the direction I was going. Either I adopt Christianity as the fullness of truth despite my doubts, or have it my way and remain a ‘trailblazer.’

A Means To An End

The argument that something ought to be changed because it’s (insert current year) is probably one of the most logically absurd proclamations out there. The phrase itself is an appeal to popular trends that ebb and flow like algae in an ocean tide. If truth is eternal, it is certainly not defined by the year or what seems to be culturally relevant. What may be desired by one person, might not be good for everyone else. A society that allows cultural trends to dictate reason becomes like a snake eating its own tail.

In my perspective, what many people call ‘Progressive Christianity’ is only a means to an end. It leads to the practice of culture-adapting morality paired with hyper-individualism. It doesn’t mean those who call themselves progressives have no moral principles, but the general umbrella overlaps into the realm of secular thought, and is only a short walk away from atheism. 13

There is much to be said for how there is nothing new under the sun 14, and there is very little in this world that the Church has not wrestled with in the past. 15 Oftentimes, new trends and fads are only recycled heresies and result in repeated historical failures. A close look at history shows that the Church as a whole adapted, developed, grown and survived over the past two millennia through its many saints, martyrs, theologians, writings, councils and creeds.

Thus, my thoughts, findings and experiences have led me to believe that Catholic Orthodoxy, in spite of its seemingly unwavering rigidity and lack of worldly relevance, is the most progressive form of Christianity in existence.

If that isn’t progress, then I don’t know what is.

“We all want progress, but if you’re on the wrong road, progress means doing an about-turn and walking back to the right road; in that case, the man who turns back soonest is the most progressive.”
– C.S. Lewis 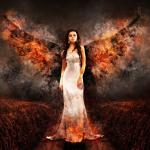 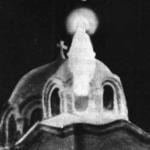 April 1, 2019 Are The Apparitions Of The Virgin Mary Real?
Browse Our Archives
get the latest from
Coffee and Crucifix
Sign up for our newsletter
POPULAR AT PATHEOS Catholic
1

Genocide Is Okay For Palestine?
Messy Inspirations
Related posts from Coffee and Crucifix