FAIL! Catholic says, ‘And also with you!” instead of, “And with your spirit!’

As a lapsed Catholic who was slowly getting back in touch with his roots, Gary decided to take the leap of faith and attended Mass for the first time since 1991. But as it turned out, he’s not exactly hip and with it anymore.

“The words just fluttered out of my mouth as usual when I zoned out during Mass as a young Catholic,” recalled Gary on that fateful day. “Every time the priest said, ‘The Lord be with you,’ we always used to respond, ‘And also with you!’ Now every responds with, ‘And with your spirit!'”

“Since when do the words change?” said Gary after finding out about the slight liturgical modifications Pope Benedict XVI implemented in 2011. “Old habits die hard. And now every time I open my mouth at Mass, people look at me like I just stepped on a cat’s tail!”

“Now May the Fourth will never be the same!” complained Gary, who also happened to be an avid Star Wars fanatic. “When someone says ‘May the Force be with you,’ it won’t have the same punchline! How else will I subtly let people know I’m a practicing Catholic now?!”

Concerned about the changes in liturgical wording, Gary later decided to consult with fellow online Catholics on social media about the possibility of further changes.

“Many folks on Catholic Twitter complained the Mass readings should be recited in the original Latin spoken by Jesus from back in the day.” Gary recalled. “That was when I asked, ‘Wasn’t Jesus a Jewish man who spoke Aramaic or something?’ Then they all got big mad and called me a Marxist infiltrator. One of them spammed my feed with articles from random Catholic bloggers telling me to RETVRN TO TRADITION.”

“This whole process of coming back to the Catholic Church has been more stressful than I expected,” Gary reflected. “However, I did appreciate one nice lady named Susan who seemed to understand my struggle. She summed it up by saying, ‘History began in 1962… everything else before that was a mistake!'”

About Rene Albert
I'm Rene Albert. I am a husband to a beautiful wife and a father of three children. I'm also a licensed carpenter and contractor as part of my full-time work. When I'm not busy meeting construction deadlines and chasing little hooligans around the house, I write essays about Catholicism, mere Christian theology and western politics and culture, as well as how they all affect each other. Due to working a full time job in construction, my ability to regularly publish articles is limited. My goal is to eventually become a full-time writer and possibly start up a podcast or Youtube channel. My writing is a labor of love, so if you enjoy my work and feel called to support me on Patreon, I would be very much appreciative! Pax vobiscum! You can read more about the author here.
Previous Post 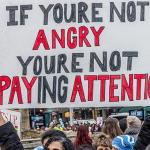 May 19, 2022
Browse Our Archives
Related posts from Coffee and Crucifix