A groundbreaking study has revealed there is a correlation between the type of profile picture you use on social media and your impeccability. It is believed if you use a picture of your favorite saint or pope, you automatically acquire an astronomical amount of holiness. We don’t know where this study came from, but it was briefly mentioned on the RETVRN TO TRADITION podcast, so it has to be legit.

“I don’t have to worry about whether the way I talk to other people is rude or condescending,” exclaims one Catholic Facebook user who goes under the alias Francis Xavier III after his last two accounts were restricted. “Most saints were said to have been rude and condescending while on earth, and these people were canonized years later!” Francis’ profile picture of Pope Innocent III seemed to have proven to be a healthy distraction from being viewed as not so innocent.

A girl named Jacinta Fatima, whose profile picture contained Saint Pope Pius X with an overlayered SSPX emblem filter, reportedly targets profiles containing Pope Francis or rainbow filters while telling them, “Your page reeks of sinfulness! Stop posting cringe and leave the Vatican II Church immediately!” When asked if Jacinta had read any of the Vatican II documents and what parts she had an issue with, she posted a link to Novus Ordo Watch and suddenly could not be reached for further comment. So much holy bravery!

Twenty-something-year-old Max Kolby, who proudly sported the Priestly Fraternity of Saint Peter (FSSP) emblem filter on his profile picture, states, “I’ve only been to the Traditional Latin Mass maybe once or twice so far, but I think it’s pretty based. Plus I kinda have a thing for mantillas.”

“Some people have told me I’m too basic.” recollects Cathy Sienna. “Is it because of my Saint Teresa of Avila profile pic?! Maybe I should try a selfie with my rosary bracelet and coffee cup? Maybe I’ll top it off with a quote from C.S. Lewis.”

Meanwhile, an internet atheist edgelord (whose profile picture contained an upside-down cross) entered a Catholic group chat with the intention of stirring the pot, but was suddenly greeted by an 18-year-old homeschooled girl named Florence Dymphna Faustina. “I absolutely LOVE your picture of Saint Peter’s Cross! You must be soooo brave!” comments Florence forwardly.

In another incident that seemed to go beyond the digital realm, a 35-year-old male was charged with vandalism for chopping down his neighbour’s 50-year-old oak tree. Police authorities believe what motivated the man to commit the act was his presumption that his neighbor worshipped the environment due to her vegan lifestyle. Prior to the incident, it has been confirmed he changed his Facebook profile picture to St. Boniface, who was best known for taking up arms and chopping down a pagan idol in 7th century England.

Michael Anthony, whose profile picture was layered with probably eleven filters of Saint Michael, Benedict Medallion, March For Life and MAGA emblems shared his grievances, “I think I might have a slight problem. I feel like people don’t seem to want to talk to me online because they can’t see my face! But I have to make sure everybody knows where I stand because what if they don’t ask?!”

Another observation from the study revealed that the usage of profile picture filters appear to have addictive qualities, even with the references to saints and popes. One Catholic speaker on social media described them to be like Pringles potato chips where once you pop, you can’t stop — but rather he worded it as, “Before you post, consult the Holy Ghost.” 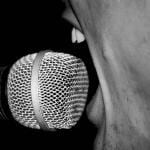 January 12, 2021
The Power Of Words And The Cult Of Personality
Next Post 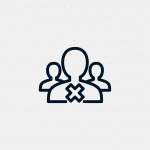 February 9, 2021 Is Cancel Culture The New Inquisition?
Browse Our Archives
Related posts from Coffee and Crucifix