As a cradle Catholic, I made a number of friends in high school who were Evangelical Christians. This was a pivotal influence when I had abandoned Catholicism to become an Evangelical Protestant. What led me to make such a dramatic decision were the persuasive arguments from certain friends who believed the Catholic Church was an evil institution as well as following Jesus in a whole new, exciting way. Although some of these friendships lasted to this very day, a significant amount were either fairweather, toxic or a cog in a broader scheme.

It was only after I involved myself in their church network that I noticed many of these once-close friendships began to drift away. Some of those I once considered my closest friends were suddenly only available when it was convenient for them or avoided me altogether. Whether this was due to personality or theological differences remains a mystery to me. I even remember getting a phone call from a friend from men’s Bible study whom I had not heard from in months, only to ask me for donations for his upcoming missions trip. As I had been in the process of transitioning out of a toxic work environment at the time, not a single question was asked about how I was doing.

This is a prime example of what happens with missionary friendships. It is common for Evangelical Christians to make friends with people specifically in an attempt to convert them. The act of proselytizing under the guise of building a relationship is nothing short of a manipulative, sleazy sales tactic. It is the dirty salesman disguised as someone who supposedly cares for your well-being. But the moment the contract is sealed and your butt is in the pew, you suddenly become an afterthought.

To my surprise, I later realized I wasn’t alone. I’ve had many friends within the Evangelical church who had felt the same type of isolation as I had. This is only my own observation, but it seemed especially evident during my time in Bible school. The student cliques were split between those associated with the church through family relations versus those who were newcomers. When the instructors mixed people into different prayer groups, it was often an uncomfortable experience for everyone. It’s easy to get along with people we already agree with. But for some it takes copious amounts of energy to engage with people we tend to be at odds with. Perhaps this could be one of the factors why missionary friendships are typically so short-lived?

After I left Evangelicalism to pursue Catholicism, I observed another paradigm shift. The handful of close friends from my previous congregation whom I’ve kept in touch with were genuinely concerned with the direction I was going – which I can appreciate. But then, other members of my previous congregation I had only briefly encountered began to contact me on social media. Admittedly, I’ve always been quite open about where I was at online, so it’s not like I kept anything secret. Some asked me theological questions out of genuine curiosity. Others sent me articles from anti-Catholic sources either to challenge me or ask what my opinion was. I’m not opposed to having my views challenged. Though it’s difficult to shrug off the feeling that I’m viewed as someone who was never really saved and needs to be evangelized to.

I have no doubt in my mind that many of these Christians are well-meaning in reaching out. But I can’t help but lament that many Evangelicals seem more concerned with ‘saving’ people rather than caring for them once they become members of the Body of Christ. It’s like collecting souls is akin to an addictive game of Pokémon where you gotta catch ‘em all!

If the Body of Christ is something that strictly consumes, I would imagine it also displaces itself. I’ve heard many sermons about how there are different parts of the Body of Christ and how they all have value. There were times when I felt like I was the appendix of Christ – the part that is easily cut off after signs of swelling.

Caring For The Flock

A passage in Scripture comes to mind when Jesus talks to Peter after He was raised from the dead.

When they had finished breakfast, Jesus said to Simon Peter, “Simon, son of John, do you love me more than these?”

A second time he said to him, “Simon, son of John, do you love me?”

He said to him the third time, “Simon, son of John, do you love me?”

Peter was grieved because he said to him the third time, “Do you love me?” And he said to him, “Lord, you know everything; you know that I love you.”

Jesus said to him, “Feed my sheep. Truly, truly, I say to you, when you were young, you girded yourself and walked where you would; but when you are old, you will stretch out your hands, and another will gird you and carry you where you do not wish to go.” (This he said to show by what death he was to glorify God.) And after this he said to him, “Follow me.”

Those words hit even harder after the third time. Feed my lambs. Tend my sheep. If only more Christians in every denomination took them to heart and applied them to every individual in their flock.

If someone doesn’t feel at home, valued or cared for in their community, why would they want to stick around? It’s only a matter of time before someone who feels neglected in the Church starts looking elsewhere.

I know, because I was one of them.

Although I enjoy a good debate on social media, I don’t believe condemnation or winning an argument is the best way to bring people to Christ. I think if people truly want to follow Christ and go to church, they ought to do it out of their own free will. This is one of the reasons why I take a ‘hands-off’ approach to Christian evangelism. Because I have friends from many different walks of life, I don’t feel the need to constantly remind them what my beliefs are. I think the best kind of evangelism is to love people where they are at while not expecting them to conform to my limited understanding of the universe; and to live my life in a way that resembles Christ as close as possible.

The last thing people want is to be duped into buying something, and I think the same principle applies to religion. We don’t want to hear that following Jesus and the Bible are the comfortable answers to all of life’s problems. When we buy something online, it’s a good practice to check the product reviews for the pros and cons. Christianity is neither comfortable nor easy, and at times it may seem abysmally unpopular and feel overwhelmingly impossible.

But in my experiences, it has been a most fulfilling way of life. And that is something you can’t put a price tag on.

“The Church does not engage in proselytism. Instead, she grows by “attraction”: just as Christ “draws all to himself” by the power of his love, culminating in the sacrifice of the Cross, so the Church fulfils her mission to the extent that, in union with Christ, she accomplishes every one of her works in spiritual and practical imitation of the love of her Lord.”
– Pope Benedict XVI 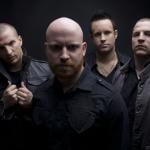 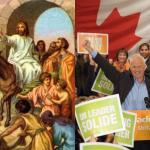