Everybody is a product of their past. The choices I’ve made and the people in my life have shaped me to become who I am today. That being said, I’d like to share with you something close to my heart.

I grew up near a small town in the Canadian prairies. I attended kindergarten through junior high at a school so small the classrooms were split into two grades. Everyone in my class was tight-knit and pretty close, so it was impossible to be lost in a crowd. Because of this, most of my classmates were my friends by default. For the most part we all got along. Though it wasn’t until grade 8 that our personality differences came to a head.

From that point, I found myself subject to constant bullying and harassment on a daily basis. Usually it started out as playful teasing, but often escalated into yelling, name-calling and getting into several fights. There were times when I was even ridiculed for having a sibling with a disability. Despite the teachers having to intervene after things got out of hand, the constant humiliation progressively became worse.

My life in junior high felt like an inescapable punishment for merely existing. Some days, I hated myself so much I wondered if everyone were better off if I was dead. The words my peers jabbed at me would repeat in my head and follow me everywhere. Almost every day after school, I would cope by locking myself in my room and writing stories while listening to a mixtape of songs I had collected. The music would spark images in my head that would inspire the fantasy worlds I created to distract myself from the pain of life at school.

I had acquired songs from bands like Metallica, AC/DC, Korn, Limp Bizkit, Deftones, Linkin Park and Slipknot. Even though my ‘friends’ from school listened to them because they seemed cool at the time, the lyrical angst of some of these bands were what spoke to my aching soul – from Jonathan Davis’ trembling vocals in ‘Freak on a Leash’, Fred Durst wanting to ‘Break Stuff’, Chester Bennington piercing shrieks in ‘One Step Closer’, or Corey Taylor’s hostile bellowing, “THIS IS A WAR!!” in ‘(Sic)‘.

In the summer prior to my first year of high school, my parents sent me to a Christian Bible camp. It was there where I made a brand new set of friends who not only helped me build up my self esteem, but also introduced me to an even wider range of musical artists. One of the bands I grew to thoroughly appreciate, even to this day, was P.O.D. (Payable On Death).

There was something especially different about P.O.D. Their reggae-infused style definitely made them stand out as a rock band, but their demeanor was unlike most bands in the nu-metal scene. Their positive messages in their songs are what defined them as a band that advocated for struggling youth, and their aggressive style and willingness to share the stage with secular bands are what separated them from mainstream Christian artists. There are very few bands out there who compare to the love, authenticity and realism that is Payable On Death.

My love for P.O.D. lasts to this present day, and nu-metal will always be something close to my heart. Aside from discovering faith in Christ, it is one of the most influential things that carried me through some of the darkest years of my life. It continually inspires me to write and create in hopes that others may be inspired to do the same.

The power of music is an amazing force that brings out our humanity. It gives us something to sing, dance, relate, vent our anger, relax, laugh or cry to. If it weren’t for Nu-metal, I know I would not be here to share this post with you who are reading this.

If you or someone you know is having a crisis, there is absolutely no shame in seeking help. When you find yourself in a moment when it feels like a deep, dark hole with absolutely no way out, don’t hesitate to reach out to friends you trust or pick up the phone and call a crisis hot line. Even if it doesn’t feel that way in the moment, there are people who are willing to help. You are loved and valued and your existence matters.

And if you’re like me, throw on those headphones and let the music carry you through these moments of darkness.

Also check out my articles:

Should Christians Listen To Heavy Metal?
10 Christian Metal Bands Who Don’t Suck
The Surprising Origins of Symbols and Gestures in the Music Scene 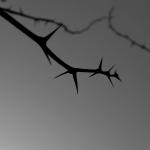 May 20, 2019
A Catholic Reflection on the Meaning of Suffering
Next Post 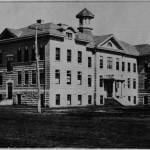 May 26, 2019 The Church and Canada’s Abysmal Treatment of Indigenous People
Recent Comments
2 Comments | Leave a Comment
Browse Our Archives
get the latest updates from
Coffee and Crucifix
and the Patheos
Catholic
Channel
POPULAR AT PATHEOS Catholic
1

What Not to Say to a...
Steel Magnificat
Related posts from Coffee and Crucifix