I love music. I’ve collected CD’s since I was 13. I am well into my 30’s and before I sold them I probably had over 600 albums in my own library, including all my favourite artists ranging from Alice In Chains to ZZ Top. Like most people I know, hearing an old favorite song takes me on a trip down memory lane. Every album I’ve owned reflects a memory or an era of my life, so my personal soundtrack is laid out before me. I used to organize all my albums by artist in alphabetical order and chronological release date. On average I used to buy two brand new CD’s per month, sometimes more if there were any relics from the thrift store I had to get my hands on.

But now that streaming is very much the most popular outlet for listening to music, CD’s and MP3’s have become obsolete for quite some time. Admittedly, I still load up my 6-CD changer in my truck wherever I go. I find the audio is significantly better played on a CD than it is from a compressed audio file on a computer. And I’ve always been a sucker for having the physical album with the artwork and the liner notes in my hands, which eventually led me down the slippery slope to start up a vinyl collection.

I remember how thrilling it was to go on a treasure hunt in the thrift stores for cheap rock albums. But after a certain amount of time, I’ve found the excitement of buying more records is not the same as it used to be. Even with the numerous amount of CD’s I’ve owned, I have a tendency to stick with my select favorites. It seems as though collecting music reaches the point when it only becomes a clutter of excessive material objects, some of which I don’t even touch for years down the road.

When I was 16, my grandmother was looking to buy a new house to move off the farm after my grandfather had passed away. My parents and I went with her to look at one house on the market belonging to an elderly woman who was fanatically religious. The moment I walked into the house for sale, I was immediately overwhelmed with the amount of crucifixes and statuettes of Jesus and Mary in every single room. There was not a single wall in this house that was bare. Even though I, myself, owned my share of religious relics, I found the sight of excessive material piety in someone else’s home extremely intimidating and borderline terrifying. On the flip side, I’m sure if people saw my excessive music collection they would think I had a serious problem.

Idolatry is defined as anything that replaces worship of God, whether it be a material object or a person. In all three Abrahamic religions (Judaism, Christianity and Islam), the worship of idols is viewed as a grave sin. What is specifically defined as an idol varies between different denominations of each faith – whether it be money, sex, power, food and drink, etcetera. But the emphasis on keeping God above all else remains the same overall.

As a new Christian convert in my teens, I was told by some of my friends that the Catholic Church is a religion of idol worship. Everything from statues, rosaries, crucifixes, paintings and even the Eucharist itself was viewed by them as material objects meant to distract us from true worship of Jesus alone. Admittedly, I once agreed with this view. But since then, my understanding of what the definition of idolatry truly is has evolved.

As a cradle-Catholic who spent over a decade as an Evangelical, I’ve experienced how different denominations define worship during their Sunday services. I’ve been to some churches where the front of the sanctuary was a concert stage with a contemporary worship band paired with a giant, flashy video screen in the background to keep a stimulating environment. I’ve seen people reverently raise their hands and fall down on their knees in front of the stage in a similar manner a Catholic would genuflect before the tabernacle. If I could have a similar experience going to a rock concert where the band is always the center of attention, how would a contemporary church service set itself apart from the world? How is having a group of musicians front and center less idolatrous than having a image of a suffering Christ hanging on the wall for all to see?

The extreme form of anti-idolatry is known as iconoclasm. There have been cases throughout history where entire churches purged themselves from any form of visual, material reverence – even going as far as hosting book burnings or removing symbols like crosses altogether. I do not condone book burnings of any form, even if a piece of literature is completely heretical. I believe there is something to be said for preserving historical documents and artifacts, whether they are inherently Christian or not. If we did not learn from the evidences of our history, how much more worse off could humanity be?

Given an iconoclastic mentality, if Christ wasn’t fully God, we as Christians would be merely worshiping only a human being. Worshiping Christ could easily be mistaken for idolatry, and there is a reason why some people were and are hesitant to embrace Jesus as God. It is no wonder why the Jewish high priests plotted to crucify Him, because a person who claimed to be God Himself was either telling the truth or a mere human who was completely out of his mind.

It is also worth noting that Moses found God in the form of a burning bush while climbing Mount Sinai. Was Moses an idolater for kneeling before what would be a created object containing God’s spirit? And what about the Ark of the Covenant that was built with the finest gold and decorated with two cherubim figures, or even Solomon’s temple that was one of the most beautifully decorated places of worship in all of Israel at the time? Protestants and Catholics would both agree with flying colors that the Ark was a very holy object containing the manna from Heaven, Aaron’s staff and the tablets of the Ten Commandments within it. So why is it so lamentable for a church to have paintings, statues and crosses that honor our Lord when the very objects of directing worship in the Old Testament was built with human hands? Wouldn’t Moses and his people be guilty of breaking the commandments given to him by the very entity they worshiped through committing these supposed contradictions?

Material objects certainly have value in enhancing or aiding as tools in worshiping God, one of them being the Bible itself. Knowing the Word of God certainly helps a person draw into a deeper relationship with Christ. I’ve also known a few people who collected almost every single version and translation you could ever think of. Although they had their well-worn NIV, KJV or NASB they usually referred to as their default, it seemed peculiar to me why anyone would collect so many different Bibles when, chances are, they would not live long enough to systematically read every single one of them. Even considering a particular English translation of the Bible superior to any other language seems to be idolatrous in itself. It makes me wonder, at what point does the Bible itself replace Jesus, especially if people are capable of using it for their own purposes?

There is something to be said for visual reminders to help keep prayerful focus. For example, I have a rosary hanging from the rear-view mirror in my truck. Every time I catch a glimpse of the dangling crucifix while I drive, I’ll say an Our Father or a Hail Mary while I drive – both being deeply rooted in Scripture. My wife also usually leaves the radio on the Christian music station in the background at home, and sometimes a song will play that reminds us of what the Lord has done for us.

Regarding religious monuments and relics, if an object is meant to direct us to worship God, how can it be wrong? We certainly do not worship pictures of our family members if they serve as reminders, so how can a monument be any different? On the flip side, I do believe the desire to collect these objects can certainly interfere in a relationship with God in the same manner my excessive collecting of CD’s and vinyl would. But there is nothing wrong with owning and enjoying music or good craftsmanship, even if it’s used to aid as a reminder. However, I need to continually remind myself I cannot take these things with me when I die, so it is important for me to readily detach myself from everything I own for when my time on Earth is up.

I enjoy my rock and metal records. I enjoy good literature, art and craftsmanship. I also enjoy collecting them so I may cherish them at my own convenience. But no amount of Bibles, monuments or records in my possession could earn my way into Paradise if I had no love in my heart for Christ and the people in my life. 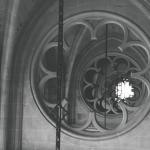 July 31, 2019
A Catholic Response To Fundamentalist Allegations Of ‘Vain Repetition'
Next Post 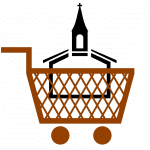 August 10, 2019 Church-Shopping Sucks
Recent Comments
3 Comments | Leave a Comment
Browse Our Archives
get the latest from
Coffee and Crucifix
Sign up for our newsletter
POPULAR AT PATHEOS Catholic
1