May the Fourth: My Collection of Disney-Era Star Wars Film Reviews

May the Fourth: My Collection of Disney-Era Star Wars Film Reviews May 4, 2020 René Albert

In the spirit of May the Fourth, I figured that I might as well post my reviews of the Disney-Era Star Wars films from Rogue One to The Rise of Skywalker. I never got around to doing a review of The Force Awakens since I didn’t start blogging until a year after its release. Perhaps I’ll get around to it sometime later.

Please note that there are SPOILERS AHEAD in each of these reviews in case you haven’t seen these films.

ROGUE ONE: A Star Wars Story

To this day, I’ve still been licking old wounds left by the apocryphal prequel trilogy. There were elements of the prequels I enjoyed, but overall left a bitter taste in my mouth – like drinking a coffee only to find out someone mistook the salt for the sugar. But upon hearing the news about Disney buying out Lucasfilm in 2012 along with their plans of making a sequel trilogy, there was a sudden spark of hope that ignited within the depths of my shattered heart. With all the anticipation leading up to the release of The Force Awakens, it was difficult not to keep my hopes up. And I will say that I highly enjoyed TFA, despite its flaws. I personally found it substantially better than the prequel trilogy, but there was still a void that was left unfulfilled. It was a newer generation of Star Wars film that nodded to the past, but still lacked the authentic feel of the original trilogy and has been found wanting.

Then came the news of other Star Wars standalone films in the works. My skepticism of such a move on Disney/Lucasfilm’s part prevented me from wanting to dig for more information on the internet. I was worried if I hyped myself up for Rogue One the same way I did for TFA, that I would find myself perpetually despondent like after watching Attack of the Clones. I kept myself at a distance, even after watching several of the trailers and tv spots. My lack of knowledge leading up to the moment I stepped into the theatre was the saving grace for my expectations – and this film has exceeded them. Where The Force Awakens lacked (if at all) in fully redeeming the Star Wars franchise, Rogue One has gained victoriously…. (READ MORE)

The eighth episode and the second installment in the third Star Wars trilogy has hit theatres – and as it turns out, it is the most polarizing thing we’ve seen since last year’s U.S. presidential election. It has been certified ‘fresh’ by critics on Rotten Tomatoes at 90 percent, yet the audience rating is all the way down to 50 percent.

The Force Awakens felt like a soft-reboot of A New Hope, and some fans despised that direction. Because of this, I think mostly everyone was expecting The Last Jedi to be the Empire Strikes Back of 2017. But as a result, it shattered everybody’s expectations and it definitely stands out on its own at the dismay of many ‘traditionalist’ fans. As an original-trilogy purist, I walked out of the theater feeling like Luke’s lightsaber being torn in half between Rey and Kylo Ren. The questions I had before the opening title crawl were left unanswered in the most painful way possible. But maybe that’s the point that director Rian Johnson wanted? Maybe we’re supposed to feel shocked and uncomfortable with change?

If that’s the case, I think we’ve been massively trolled…. (READ MORE)

When the news of directors Phil Lord and Christopher Miller being fired from the project in the middle of production of Solo: A Star Wars Story hit the tabloids, I began to worry. The overall concern by Lucasfilm seemed to be the creative direction of the film and the overuse of improvisation during production. My biggest concern was whether Solo would become more like a comedy than a good homage to Harrison Ford’s iconic character. But it’s hard to not feel apprehensive, especially when the director duo’s most memorable works are 21 Jump Street and Cloudy With A Chance of Meatballs.

Disney later hired Ron Howard to take over the directing helm. Although I find his films to be hit-and-miss, I do highly respect Ron Howard as a director. With Academy Award-winning films like Apollo 13 and A Beautiful Mind, it gave me a slight glimmer of hope that maybe, just maybe, this film won’t be a total shipwreck. But after seeing The Last Jedi back in December, the emotional turmoil of kiboshed theories and unanswered questions was enough to lower my confidence down to the prequel level. It took me a second viewing to really appreciate it, but there were still elements of the sequel that I wish would not be accepted as Star Wars canon.

As the cliche goes, keep your expectations low and you’ll never be disappointed – and that’s exactly what allowed me to walk out of the theater a happy man. I walked in not expecting anything fantastic, and I found myself thoroughly enjoying the ride. For the most part, anyway….(READ MORE)

THE RISE OF SKYWALKER

Well, I’ve allowed this film to soak in after viewing it back in December. After seeing The Last Jedi, my skepticism was extremely high. I wasn’t sure how The Rise of Skywalker was going to recover from a creative direction that veered sideways. I think Ruin *cough*, I mean Rian Johnson took too many risks that nearly cost the franchise half of its fanbase. But given the framework from the previous Star Wars film, J.J. Abrams did an okay job all things considered. He somehow managed to pull off a decent recovery and end on a high note, and I left the theater with a smile on my face.

That being said, I kept my expectations as low as the belly of the Sarlacc Pit.

The film’s greatest strengths lie in the stunning visuals of nostalgic callbacks we all knew and loved from the original trilogy. But ironically, it is also the only thing that saved the sequel trilogy. Had it not been for what happened in The Last Jedi, there shouldn’t have been a need to rely on nostalgic callbacks to save the trilogy from a fan exodus. The hundreds of Imperial-era star destroyers armed with planet-destroying supercanons hovering through the storm clouds of Exegol was enough to tickle every nerd’s fancy. The arrival of thousands of starships from all over the galaxy led by Lando Calrissian’s triumphant entry was also a joyful callback to Return of the Jedi akin to Gandalf’s arrival in Helm’s Deep in The Two Towers. And I must say, the sight of Emperor Palpatine in his prolonged state of life-support sets an unusually demonic tone for a Star Wars film…. (READ MORE) 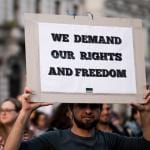 April 23, 2020
The Idolatry of Freedom and the Inconvenience of Sacrifice
Next Post 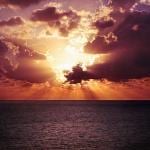 May 9, 2020 A Contemplation of Soli Deo Gloria (Glory To God Alone)
Browse Our Archives
get the latest from
Coffee and Crucifix
Sign up for our newsletter
POPULAR AT PATHEOS Catholic
1 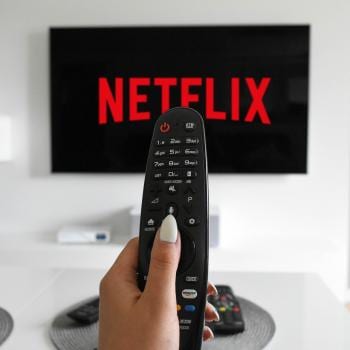