(A) Strike One – Satan as Shadow
One of the most impactful archetypes driving human behavior, according to Carl Jung, is the “Shadow” – that unacknowledged part of us which we typically project unconsciously onto others. It’s a pity that we don’t recognize that the shadow is 80% gold – the unrealized potential, the gap between who we could become and who we presently are. But more problematic is the other 20%, the repressed material that makes it difficult for us to see the log in our own eye, thus enabling us to ascribe it to others.

When we do this as individuals, we simply project this material onto another person, typically onto someone with whom we have a significant relationship – good or bad. Then we wind up, literally, shadow boxing, often with disastrous results.

When we do it as a community, we form prejudices and dump the shadow of the entire group onto another group. I remember watching the movie “Mississippi Burning” several years ago. The part of the movie that most upset me was an interview with a young White woman who was nursing her infant, all the while vilifying the Black community and claiming that if they weren’t kept in their subservient role, the Blacks would be raping White women, killing White men-folk and burning White homes and churches. This is precisely what the White community had actually been doing for years to the Black community! That is what happens when a group fails to acknowledge and work on its own shadow.

The nation also has a shadow, and so it creates a major industry to convince the citizens that the “bad guys,” the “axis of evil,” is the other group. Billions of dollars are spent on propaganda and trillions of dollars are spent on war machinery in order to project the nation’s shadow onto the “enemy” and then in attempting to conquer it. All wars throughout human history have been fought on the basis of this one-two punch.

All shadow-casting results in a double-sided illusion: firstly, a failure to see ourselves as we are; and, secondly, a tendency to see others as they are not. This skewed reality creates a misalignment – a background/foreground disorientation – which leads to psychological and sociological crippling. It’s rather like seasickness, which is produced by the contradictory sensations being delivered by vision (the eyes) and kinesthetics/proprioception (the stomach). So, for instance, if you’re in your cabin in a ship that is being tossed about by a storm, relative to the interior of the cabin you are not moving or pitching or yawing, so the eyes are deceived, but the gyroscope of the stomach can detect the motion; and it is this conflict between the eyes and the stomach that leads to sea-sickness. Hence, you’ll feel less sick, if you go up on deck where eyes and stomach are giving you the same message.

Well the unrecognized shadow operates something like that and, depending on the numbers involved (individual, community, nation etc.), the results can be anywhere from mild discomfort to a category 5 hurricane.

But it’s not just nations that have shadows; the entire human species, qua species, has a shadow. This is projected onto nature and is so severe in our times, that we run the risk of a murder-suicide pact, in which we destroy nature’s ability to feed and support us, and, thus, we have become a cancer which, having killed its host, now finds itself in the clutches of death.

And this leads me to the first “strike”. Satan may well be the aggregated shadow material of homo sapiens sapiens; a cancerous archetype of the unacknowledged but destructive energy of this dark part of the human psyche.

Nestled between the east coast of Asia and the west coast of North America, lies a huge gyre, a swirl of ocean currents that has trapped a massive amount of human garbage. It has been called variously, “The Great Pacific Garbage Patch” and “The Pacific Trash Vortex”. It consists of plastics and chemical sludge, 80% of which comes from land-based dumping and 20% from ship-based dumping. It is made up of a host of items – from abandoned fishing nets to micro-pellets used in abrasive cleaners. Typically, it takes the North American currents about six years to ferry their contributions to the dump, while the Asian currents can manage it in less than a year. Depending on how you measure the items in this dump – from microscopic plastic particles to soda bottles – this garbage pile is either the size of Texas or twice the size of the continental USA.

As you can imagine it results in the deaths of millions of sea creatures, and the poisons ingested by them, and by hence their predators, work their way up the food chain to be delivered to you on the shiny antiseptic shelves of your local fish market.

Satan may well be the psycho-spiritual equivalent of the “Great Pacific Garbage Patch” – the constellated island of the human community’s unwillingness to face and heal its own darkness.

And that is “Satan, Strike One.”

Imagine a spectrum joining narcissism and compassion or service-to-self and service-to-other. Each of us will land somewhere along that line; or, more likely, we will skip about at various stages of our lives and in different situations, occupying different spots on that spectrum. However, we tend to have a home base or center of gravity which defines our typical placement.

Similarly, each group or community – though it may also skip about – will tend to have a favored location. This is true all the way up to culture, nation and species. As an example of service-to-self versus service-to-other, we in the USA are 4.4% of the world’s population but we consume 30% of the world’s resources. And we have displayed a brutal willingness to defend that lifestyle with the most expensive military machine that world has ever seen.

In 1964, the Russian astrophysicist, Nikolai Kardashev, created a typology of cosmic civilizations in a hierarchy of technological advancement. He originally proposed three types. More recently it has been expanded to five. Type I is a civilization that has learned to sustainably harness all of its planetary resources. Were humans to reach that level (but we are still a Type Zero, he said) we could use waves, wind, sun, volcanoes and earthquakes, etc. to satisfy all of our energy needs. Type II’s would manage to harvest the energies of their local star and entire solar system. Type III’s could do that for their galaxy; Type IV’s for the universe; and Type V’s for all of the universes that exist.

Now imagine positioning those civilizations on the service-to-self service-to-other spectrum. Any group on the negative side of that scale would prove to be powerful enemies, if you got in their way or possessed what they wanted. Is this what St. Paul meant in his letter to the Ephesians when he declared, “Our struggle is not against flesh and blood, but against the rulers, against the authorities, against the cosmic powers of the dark world, and against the spiritual forces of evil in the heavenly realms.”?

In this cosmic struggle between compassion (seeing the God in everyone) and narcissism (thinking only I am God), is Satan a leader of a dark Type IV or Type V civilization? A being equipped with freewill, who regularly chooses the selfish, violent, egoic alternative?

That is “Satan, Strike Two.”

Counter-intuitively, the Roman Catholic Church, in the process of investigating the life of a holy person before he/she is declared to be a saint, appoints a “prosecuting attorney” popularly known as “the Devil’s Advocate”. His purpose is to try to derail the process by ferreting out “the dirt” on the saint-in-the-making. This is the kind of guy you love to hate, but his purpose is to ensure that no unworthy person gets sainted only to have it subsequently surface that he had feet of clay; and the church would wind up with egg all over its face – if you don’t mind me mixing my metaphors.

The first such account is found in the Book of Job, where God wants to canonize Job, and Satan appoints himself as the devil’s advocate. In fact, “Satan” means “adversary”. His function is to ensure that Job’s mettle is well and truly tested.

I remember on one occasion, around age four, causing consternation in my family during evening prayers. Every night, under the direction of my great-grandmother, the family would kneel for the rosary. The five decades took about fifteen minutes, but were followed by “the trimmings”, in which each person got to pray for a particular cause, e.g. “I want to pray for Michael Murphy who just emigrated to England; please, God, protect him from the pagans who live in that country and make sure that he doesn’t marry a Protestant!” or “Please, God, look after our chickens and don’t let the fox kill any more of them.” One night – and I have no idea what prompted it – I exclaimed, “Please, God, forgive the devil and let him back into heaven.” I don’t know if I was being guided by a cosmic compassion or if I just figured we’d all be much safer if he was back at Source, where Jesus and Mary and St. Joseph could keep an eye on him. Anyway, there was a shocked silence and then my grandmother scolded, “In God’s name, child, what are ye sayin’?” To which her mother, my great-grandmother snapped, “Leave the child alone, Frances, because God knows exactly what he means!”

So, maybe, after all, Satan is a very necessary ingredient in the plan of salvation. I’ll pick up on that idea in the next episode in this series on “Evil”. 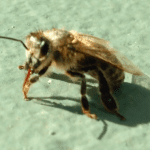 March 1, 2016
Endangered Species of the Human Soul
Next Post 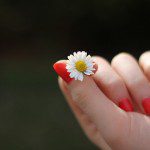 March 15, 2016 To Love or Not to Love – Is That the Question?
Recent Comments
0 | Leave a Comment
Browse Our Archives
Related posts from Companions on the Journey 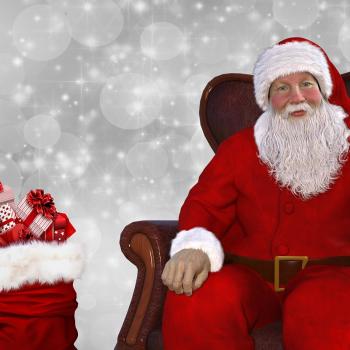 New Visions
A Letter to Santa Claus
Companions on the Journey