Rationality and Faith – Where the Human and the Divine Meet

Rationality and faith are very different modes through which we encounter and experience our world. Philosophers throughout the ages have grappled with the relationship between rationality and faith, as seminal to thinking about the meaning and the ambiguity of human existence. Faith and rationality can at times appear to be diametrically opposed and mutually exclusive. Yet, I believe, we need both – rationality to navigate the “real” world as it exists, and faith to create the ever manifesting future. How are rationality and faith different? Can they co-exist in the human mind?  Are they a reflection of the human/divine nature of humanity itself?

In order to understand the world, the rational person engages in a process which is objective, reasonable and logical.  This process defines what is practical or possible in any given situation, yielding a set of beliefs based on a hypothesis, supported by a set of observations, which in turn govern perceptions and understanding, ultimately guiding the actions taken. We can only “see” those things that our rational mind tells us exist. Through reason, we can know “the possible.”

Faith is a conscious act of trust by a human being aided by divine grace. It is the response to the deep longing, within each of us, for the numinous. Faith offers an aligning with a sense of purpose in life. I don’t believe that faith is adherence to a set of “fixed” beliefs, but rather, faith is a surrender to a process of “evolving beliefs,” based on life experiences, spiritually understood and internalized.

There is no “proof” for matters of faith. Soren Kierkegaard in Fear and Trembling tells us that to know faith is to surrender into “the impossible.”  He points to the case of Abraham who is asked by God to sacrifice his only son Isaac, whom he loves most in this world.  God promises the aging Abraham that through Isaac, he will be the “father of a great nation.” How will that happen, if Isaac is sacrificed? For the rational mind, there is very little here with which to work.

What happens when there is no possibility of proof, when reason and logic don’t seem to apply? Proof gathered from experiences derived by our five senses appears inadequate. It is this adherence to a limited rationality that is the “enemy” of faith.

St. Thomas Aquinas tells us in the beginning of The Summa Theologica,

“…it was necessary for the salvation of man that certain truths which exceed human reason should be made known to him by divine revelation.”

Aquinas acknowledges the existence of a gap, that there are truths necessary to man’s salvation that go beyond what can be attained through human reason and inquiry.  He refers to “philosophical sciences investigated by reason” and “sacred science by way of revelation.” One might imagine here the hand of God reaching out to help each of us across a chasm in the mountains, a divine reaching “down” into the manifest world, as we stretch “up” into the transcendence of God.

Bridging the Gap – The Leap of Faith

Kierkegaard speaks of a “leap of faith,” or rather a “leap to faith.” This suggests that faith is known to us prior to the leap and even makes the leap possible. Perhaps the potentiality of this “belief in faith” is in us all along and we simply need to wake up to it.  It’s clear we can’t “think” ourselves into it, but we can, if we are looking, find glimpses of faith in everyday life. For children, faith is not as difficult to accept, as it seems to be for adults. In To Kill a Mockingbird, Scout speaks to this idea,

“But while no one with a grain of sense trusted Miss Stephanie, Jem and I had considerable faith in Miss Maudie. She had never told on us, had never played cat-and-mouse with us, she was not at all interested in our private lives. She was our friend.”

Miss Maudie has shown herself by this child’s definition to be trustworthy.  Her trustworthiness makes their leap to faith possible.

The Individual and Faith

Kierkegaard also points to the idea that the journey to faith is particular and must be made by the individual him/herself. The journeys of the artist and the spiritual seeker are two examples among many of journeys to faith.

In what does the artist put his/her faith? The artist puts faith in the process of making art.  Rationality has its place in art – in the selection of materials, establishing locations, adjusting lighting, previous experiences making art, etc.  Rationality is a tool in one’s art box. In choosing subject matter and in the actual making of art, however, rationality is suspended and what I would call “magic” occurs with the rise of paradox, in which a vibration builds into sacred harmony through the juxtaposition of “opposing” colors, shapes, words, movement, and sound, as the artist joins in the creative flow of the universe itself.

In what does the spiritual seeker put his/her faith? A spiritual seeker puts faith in the process of becoming authentic, of aligning with one’s mission and purpose in life –drawing forth ultimately his/her own most perfect manifestation of the unique divinity within.  Rationality has its place in the toolbox of the spiritual seeker. The critical, truthful exploration and assessment of one’s life experiences is the fertile ground for spiritual growth.

Is faith rational?  It is rational to put one’s faith in the trajectory of a constantly evolving universe, documented by observation and experimentation.  And faith is irrational, when our innate longing, personal experience, and passion urge us to acknowledge that a rational, objective view is not “enough,” does not satisfy us, and we act in ways that have no logical explanation. Is faith arational? If we accept the idea that rationality has its limits, and that the function of rationality is fulfilled by bringing us to the edge of the gap, then leaping the gap is an arational act, because the choice to “leap to faith” is itself outside rationality. 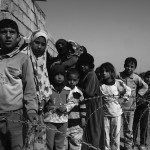 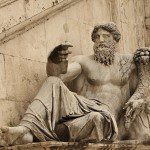 July 19, 2016 Divinity 101 - A God Built in Our Image and Likeness
Recent Comments
0 | Leave a Comment
"I came upon this article when googling the four stages of faith. What I found ..."
Cynthia Brown Christ The Religious Dilemma: Fundamentalism or Mysticism ..."
"Enjoyed reading this, along with reading the book. Looking forward to the next installments of ..."
Morzen Setting God Free: Moving Beyond the ..."
"Why are we here? Why are elephants, whales, hummingbirds and earthworms here? Why aren't dinosaurs, ..."
Robert Conner “Why Do We Exist?”
"One of my favorite visions of the future (and many timelines are possible) was written ..."
Thomas Atwood “Why Do We Exist?”
Browse Our Archives
Related posts from Companions on the Journey