“Politics and Religion: Oil and Water?” Part 3: The Bottom Line 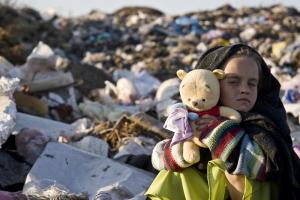 The Franciscan speaker and author Richard Rohr writes about how religions are always in danger of deteriorating into what he calls “belonging systems”; this occurs when one’s faith is no longer personally transformative—no longer a challenge to one’s world view or the status quo in which they find themselves, but rather becomes something not much different from being the fan of a given sports team or a member of a country club—emphasizing identity over service. Frankly this is when religion becomes the opposite of religion, something with boundaries rather than open doors. It’s hard to blame the vociferous atheist crowd when so much of the “religion” they witness and criticize really is just systems of belonging rather than welcoming.

To what degree should religion influence politics? If you have studied ethics formally, you might recall that there are three basic theories of ethics: consequentialism, deontology, and virtue ethics. Consequentialism is the theory that decisions should be made ultimately according to their outcomes, their effects, their consequences. Deontology is the theory that decisions should be based on duties and obligations; one chooses to do the right thing purely because one has a duty, obligation, or responsibility to do so, regardless of outcomes. Virtue ethics is the theory that decisions should arise from tried-and-true virtues that have held cross-culturally through the ages. One makes a decision out of courage, generosity, kindness, or honesty because any one of these virtues is intrinsically, objectively good. Every major religion adheres to deontology and virtue ethics, while none of them prioritizes consequentialism.

Hinduism is an apt example of this. In perhaps the most celebrated story in the Hindu tradition, The Bhagavad-Gita, Lord Krishna advises the mortal warrior Arjuna that he must act always from his dharma, his duty according to his station in life, and never from what he calls “the fruits of action”—the consequences. The Catholic Church teaches that an action can be called morally sound if the act in and of itself and the intention behind it are both positive. Circumstances, which can include outcomes, might lessen the wrongness of an act, but they are not a determining factor. People are called to do what is right because it is right and not defer to circumstances or outcomes to rationalize what are otherwise wrong or selfish acts. It’s important to note that trying to legislate people into behaving virtuously is generally a futile effort. Virtues, like the willingness to welcome the Other, can’t be forced or coerced—only modeled and inspired.

In an article entitled “Some Political Issues Should Be More Important Than Others for Catholics,” the president of a Catholic publisher in San Francisco, wrote, “Abortion, euthanasia, embryonic stem cell experimentation, human cloning, and same-sex marriage have been called non-negotiable issues in certain Catholic circles… because they involve intrinsic evils that government can never legitimately authorize. They involve issues on which all Catholics are obliged, as Catholics, to agree. Most other concerns—even very important ones such as capital punishment or the Iraq war—are subjects about which Catholics can legitimately disagree.  Not so with the five non-negotiable issues. On these issues, there is such a thing as the Catholic position, whether or not certain Catholics choose to embrace that position.”

Matthew 25: 31-46 in, in my humble opinion, the most important single teaching of Jesus, and it’s the criteria upon which Christians believe personal salvation is decided. Simply: feed the hungry, give drink to the thirsty, welcome the stranger, clothe the naked, care for the ill, visit the imprisoned.

If you are an El Salvadoran woman with two daughters who has spent every last centavo traversing Mexico seeking asylum from the poverty and violence of your home country in the United States, only to find yourself sitting in a hard, plastic chair on the polished concrete floor of the Otay Mesa Detention Center in San Diego, California, which matters to you more: embryonic stem cell experimentation or welcoming the stranger?

If you are an African-American boy born to a single mom in the Englewood neighborhood of Chicago surrounded by drug and gang culture, and one day find yourself, predictably and sadly, not in class being called by name but in the Cook County Department of Corrections being processed as a number, which matters to you more: human cloning or visiting the imprisoned?

If you are a 26-year old man who was born in and lived your entire life on a garbage landfill in Guwahati, India, and your two-year-old daughter fell seriously ill from infection, which matters to you more: same-sex marriage or caring for the ill?

If you are a mother of six children in rural Uganda and have to trek thirty minutes each way to obtain buckets of potable water, which matters to you more: euthanasia or giving drink to the thirsty?

Now perhaps you might accuse me of creating false dichotomies—that I’m trivializing important ethical issues by confronting the listener with what seem like more urgent, real-world issues. But this isn’t my intention. I’m only asking the reader to consider the inescapable message of the Gospel. Discussion and debate surrounding the nature of marriage, the sanctity of motherhood and birth, the sacredness of life, especially at its most vulnerable, and certainly the strange ethical dilemmas posed by science at this advanced stage is very important. I recently heard a RadioLab episode called “The Primitive Streak” that described how scientists, no longer beholden to religious authority but still beholden to their own consciences decided as a community to honor a fourteen-day rule—that they would not experiment on human embryos beyond fourteen days following conception, and they have reasons for having chosen the number fourteen. Debates like these demand attention and discussion—they matter. But let’s be clear: in the twenty-fifth chapter of Matthew’s Gospel, Christ says we are judged not by the moral or political positions we held on earth, but by the degree to which we alleviated the suffering of others on earth. That is what the Gospel says. It is non-negotiable. It is, as they say, the bottom line.

In the same way that some types of exercise are shown to be more effective than others—for example by gauging change in muscle mass, blood pressure, and so on—so are some types of “religion” superior to others. To my mind the single most important measure of religion is whether it challenges a person always to move from selfishness to selflessness, from self-centeredness to embracing a larger and larger circle of concern. The purpose of religion is not to make us feel well-defended, vindicated, and righteous but to pull us out of ourselves, which happens most effectively by suffering through challenges, and also through compassionately experiencing the suffering of others—carrying our own crosses and certainly helping carry the crosses of others.

It might appear to persons of faith that they have two choices: either remain steadfast in their traditional beliefs, customs, and practices, or else subject their beliefs and traditions to arbitrary change in response to the changing culture around them. But there is a third way that is neither remaining fixed nor changing arbitrarily, and that is to grow, which entails change, but change in a direction. A boat can throw down the anchor and stay still or it can sail around haphazardly with the winds, but it can also make use of its rudder and sails, the sun and the stars, to aim for a destination. The religious world view always should be subject to growth in response to its environment. Maybe it grows slowly like a bristle cone pine or quickly like bamboo; what is certain is that, rather than making resistance its default setting, it should grow, deepen, and develop in response to the cultural and intellectual environment. 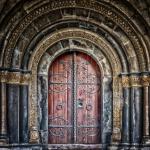 April 17, 2018
Types of Karma, the Twelve Laws of Karma, and Summary
Next Post 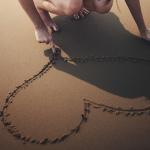 May 1, 2018 Storytellers, Artists and Dreamers
Recent Comments
0 | Leave a Comment
"How I admire your clarity, ty Fr. Seàn"
Gerardo Gomez Original Sin
"You and I are of a similar mind, having taught the alternate "mythology" in a ..."
Joris Heise Original Sin
"When you carefully read the actual legends about "Original Sin" some odd things emerge. "The ..."
Kyllein MacKellerann " Original Sin
"Nicely put."
John Purssey Original Sin
Browse Our Archives
get the latest from
Companions on the Journey
Sign up for our newsletter
POPULAR AT PATHEOS New Visions
1