I am the Way, the Truth and the Life 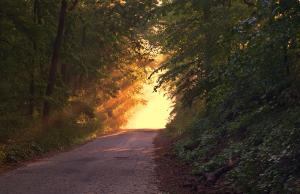 It was Last Supper time.  Jesus, having lived for about 12,000 days, now had less than 24 hours left – no time to fiddle about with literalists, in spite of the Apostles’ best attempts to “ground” his flights of fantasy.  There is a hint of impatience as he attempts to elevate the thinking of both Thomas and Philip in the following exchanges.  Thomas: “Lord we don’t know where you are going, so how can we know the way!” This prompted the rejoinder I’ve spoken about above, “I am the way…” Then literalist Philip asks, “Lord, show us the father and that will be enough for us.”  An exasperated Jesus replies, “Philip, have I been with you all this time and you still don’t know who I am?  When you see me, you see the father.”

He’s at his deepest, most profound and most mystical at this stage.  Why? Oh why, did his disciples, then and now, oafishly try to reduce these enlightened teachings to membership in the human clubs called, “churches”?

Throughout his private life, beginning at age twelve, when he debated the scholars while “lost” in the temple, and, especially, during his public ministry, Jesus was answering the four great questions – namely, “Who is God?”, “Who am I?”, “Who is my neighbor?” and “What is my mission?”  The enlightened answers to the first three questions can actually be given in the same, single word – LOVE. And the answer to question #4 – what is my mission? – is, “to come awake!”

On the road to Caesarea Philippi, he asked his disciples, “Who do people say that I am?” And then “Who do you say that I am?” The Gospels don’t record the third, even more important, question that I believe he also asked, “Who do you [my disciple] think that you are?” Jesus knew who he was, who the father was, who his neighbor was and what his mission was. And his mission was to awaken, first his disciples and then, through them, all humans to the same conclusions to which Jesus himself had come.  Alas, we still have a long way to go; and the very leaders who should be opening themselves and their “flocks” to the true answers, have retreated into fundamentalist fear and demonized the mystics who took Jesus at his word.

Let me revisit the notion that the mission is “to come awake.” Real love is actually very difficult to attain unless one has first awakened.  What passes for love, in a pre-awakened person, is either mawkish sentimentality or else just favoring one’s family and friends.

When Gautama Siddhartha – who was not a priest and had no business in the preaching trade – was challenged by the “real priests” (the Brahmin caste) to say what gave him the right to speak on spiritual matters, he simply said, “I am buddha” – literally, “I am awake.”  It became his nickname just as Jesus was given the nickname, “Christ.” The Buddha’s right to preach came precisely from the fact that he was awake; he had pierced the fog of maya.  This immediately resulted in unconditional compassion which is simply unconditional love-in-action.

Jesus himself would tell many parables about being awake e.g., “If the householder knew at what stage the thief would break in and steal, he wouldn’t go to sleep.”

Another word for “being awake” is the Hindu notion of “Self-realization.”  The Christian equivalent is “Salvation.”  But salvation is grossly misunderstood by church teachers who see it as an action of redemption (literally “buying back”) from the grip of Satan, occasioned by the mythical story of Adam and Eve disobeying Yahweh in the Garden of Eden.  The solution? Get baptized, profess Jesus as your personal savior and bingo! you’re saved.

Nothing could be further from the truth.  Jesus did not come because an irascible divinity demanded innocent blood to satisfy his anger at being disobeyed.  Jesus came as an avatar, accepting incarnation with all its limitations, temptations and vicissitudes, and yet never forgetting his divine nature.  He was awake as he came in, awake as he lived in his human spacesuit, and awake as he committed his soul, on the cross, into the hugging embrace of his father.  This is why he could say, “It is completed; mission accomplished; I never went to sleep; I never forgot who I am, and why I came.”

There is only one sin – and it has nothing to do with the ten commandments of Moses – it is to never attempt to awaken to one’s true, divine nature.  If I opt to stay asleep, then I have two choices.  If I am a “Religious” person, I will only believe in a transcendent, punitive deity and I will serve him in fear, so that I may dodge the fires of hell.  If I am an atheist or an agnostic, then I don’t really care about this Superman-in-the-sky, and I will live my life by the world’s values. But if I awaken at any stage of incarnation, I will immediately recognize that only God exists.  I will smile and offer Namasté (“the God in me recognizes and honors the God in you”) to everything that I encounter, from a wave breaking on the beach, to an acorn full of the promise of growing up to be an oak tree, to the wrinkled old lady, in the back seat of the church, fingering her rosary beads.

That was the message Jesus urgently tried to deliver on the last night of his life to his motley crew of fishermen, housewives and tax collectors.  And some of them got it. Later, however, subsequent generations of church leaders would try to domesticate this outrageous heresy, rein Jesus in, and present us with a sensible theology of fear, obedience and the security of being “saved.” 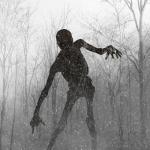 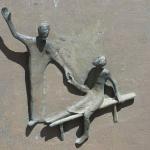 May 22, 2018 Which is easier to say? Your sins are forgiven or arise and walk?
Recent Comments
0 | Leave a Comment
"How I admire your clarity, ty Fr. Seàn"
Gerardo Gomez Original Sin
"You and I are of a similar mind, having taught the alternate "mythology" in a ..."
Joris Heise Original Sin
"When you carefully read the actual legends about "Original Sin" some odd things emerge. "The ..."
Kyllein MacKellerann " Original Sin
"Nicely put."
John Purssey Original Sin
Browse Our Archives
Follow Us!